Home » “The oval is back!” New creative team take reigns of Batman from December

With James Tynion IV handing in his notice for the flagship DC Comics title Batman, which we covered here, fans have been speculating who would take over. The third volume of issues of the legendary Batman line has been written by Tom King and James Tynion IV so far, with no other writers lending their pens to

the series. Except for a few crossovers, anyway. Batman #21 and#22 were co-written by King, and then-Flash author Joshua Williamson, who between co-wrote The Flash #21 and #22, making up ‘The Button’, Watchmen’s first real step into the DC Universe proper after Doctor Manhattan’s cameo appearance at the tail end of Darkseid War back in 2016. Joshua Williamson took to Twitter to announce his entry into the Batman mythos, starting with issue Batman #118, due in December. Williamson will be joined by artist Jorge Molina. 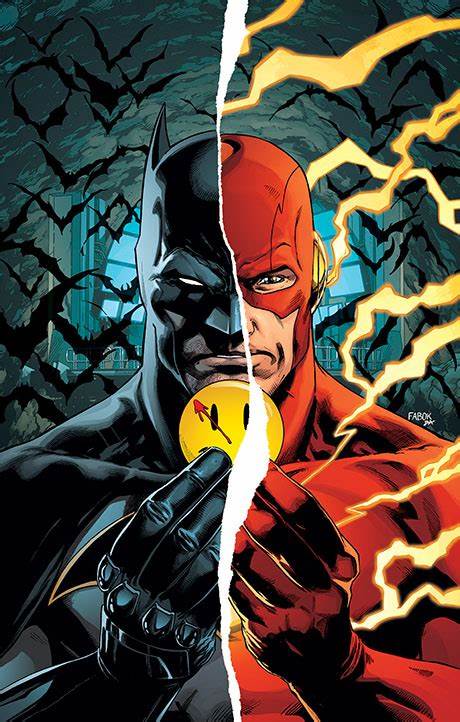 2017’s The Button was co-written by Joshua Williamson.

Williamson noted he will be respecting the groundwork laid by Tynion IV, and other writers, presumably the work by writer, artist and colourist Mariko Tamaki, Dan Mora and Jordie Bellaire respectively on Detective Comics since March this year. While many felt Tom King’s run on the Rebirth-era Batman was cut short, standing at a weighty eighty five issues but short by fifteen of the originally planned super-arc, Tynion’s run will seem even shorter to most with it covering issue just #86 to just #117. King’s run is being wrapped up in the maxi-series ‘Batman and Catwoman’, but Tynion appears to be leaving DC Comics completely, at least for the time being.

BATMAN #118 IN DECEMBER. I’M WRITING BATMAN! As Batman leaves Gotham, I’m starting a new storyline called “ABYSS” drawn by the awesome JORGE MOLINA! Not talking about this was driving me nuts. Excited to finally share [Jorge Molina’s] #118 cover with you! The oval is back! – Joshua Williamson

Williamson will introduce a new villain, ‘ABYSS‘, and promises to take Bruce Wayne out of Gotham City on a daring new adventure. Williamson is a very proficient and competent writer, and how he has escaped a gig on Batman all this time is nothing short of a mystery; we are extremely pleased for him, though, as Williamson can and will deliver solidly constructed and fun to read stories. We look forward to what we hope will be a lengthy and inspiring run. 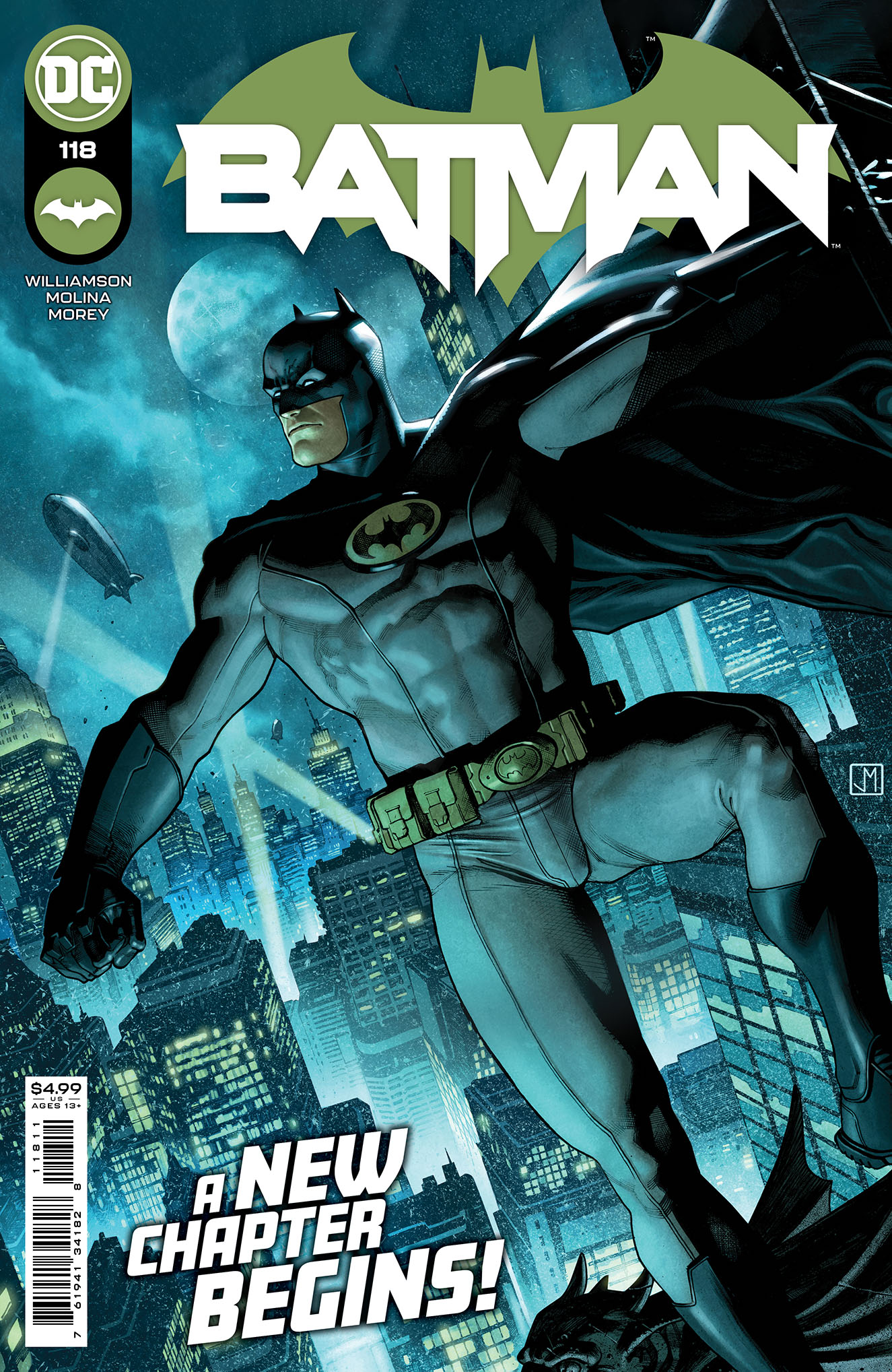 The debut of ABYSS will be featured in the new creative team’s debut issue, #118. Art by Jorge Molina. 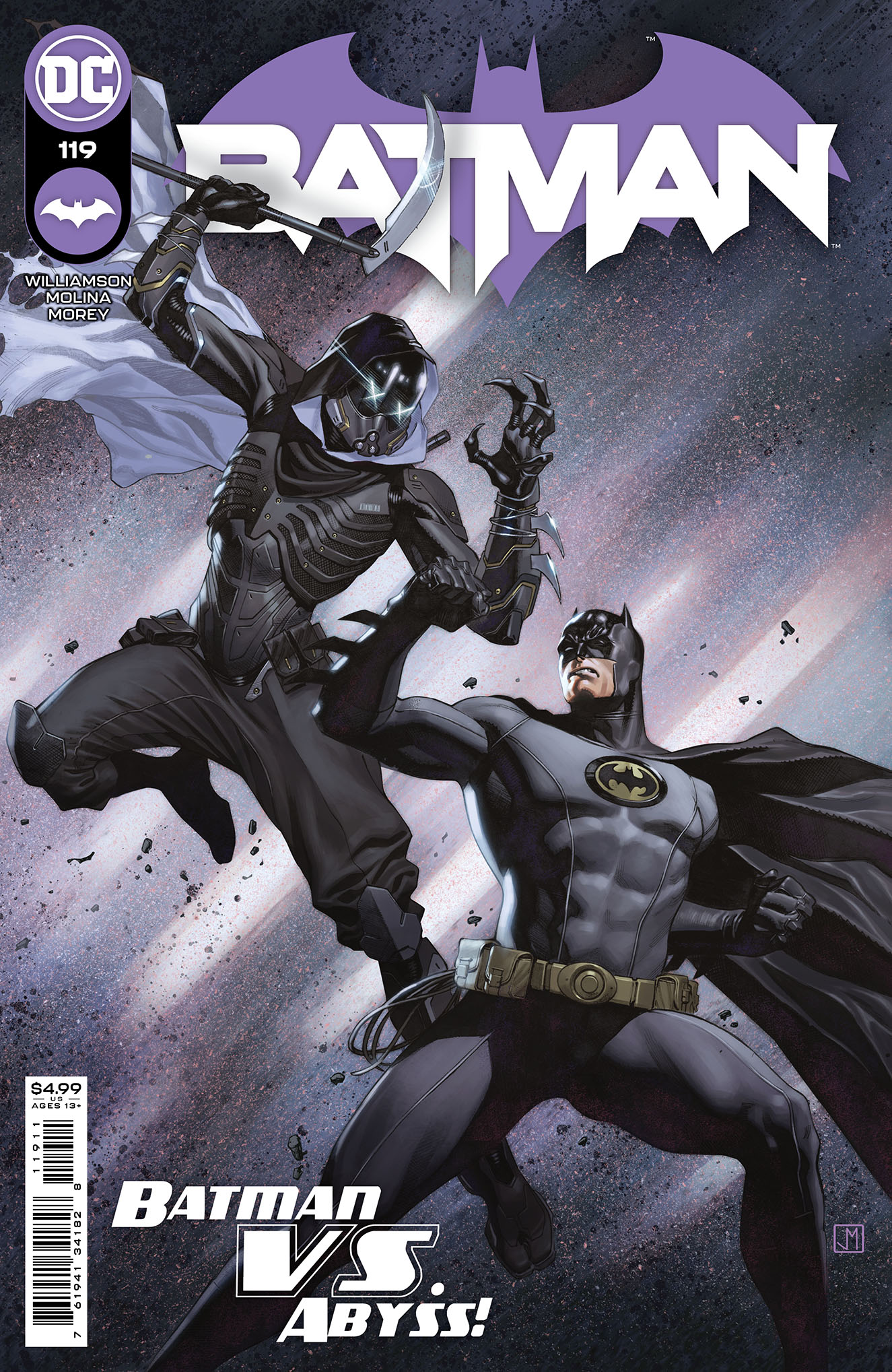 ABYSS on the cover of Batman #119, art by Jorge Molina. 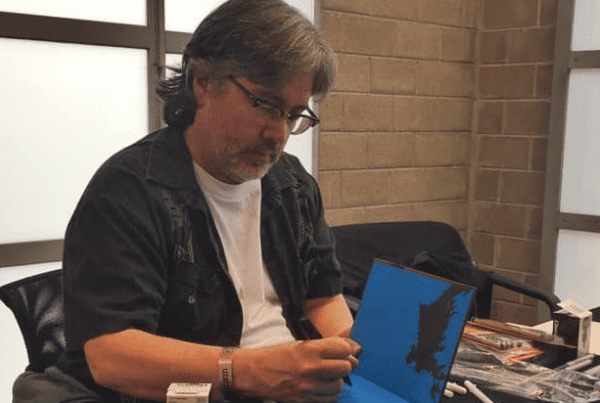