Home » Football and aliens collide in ‘Rok The God’! 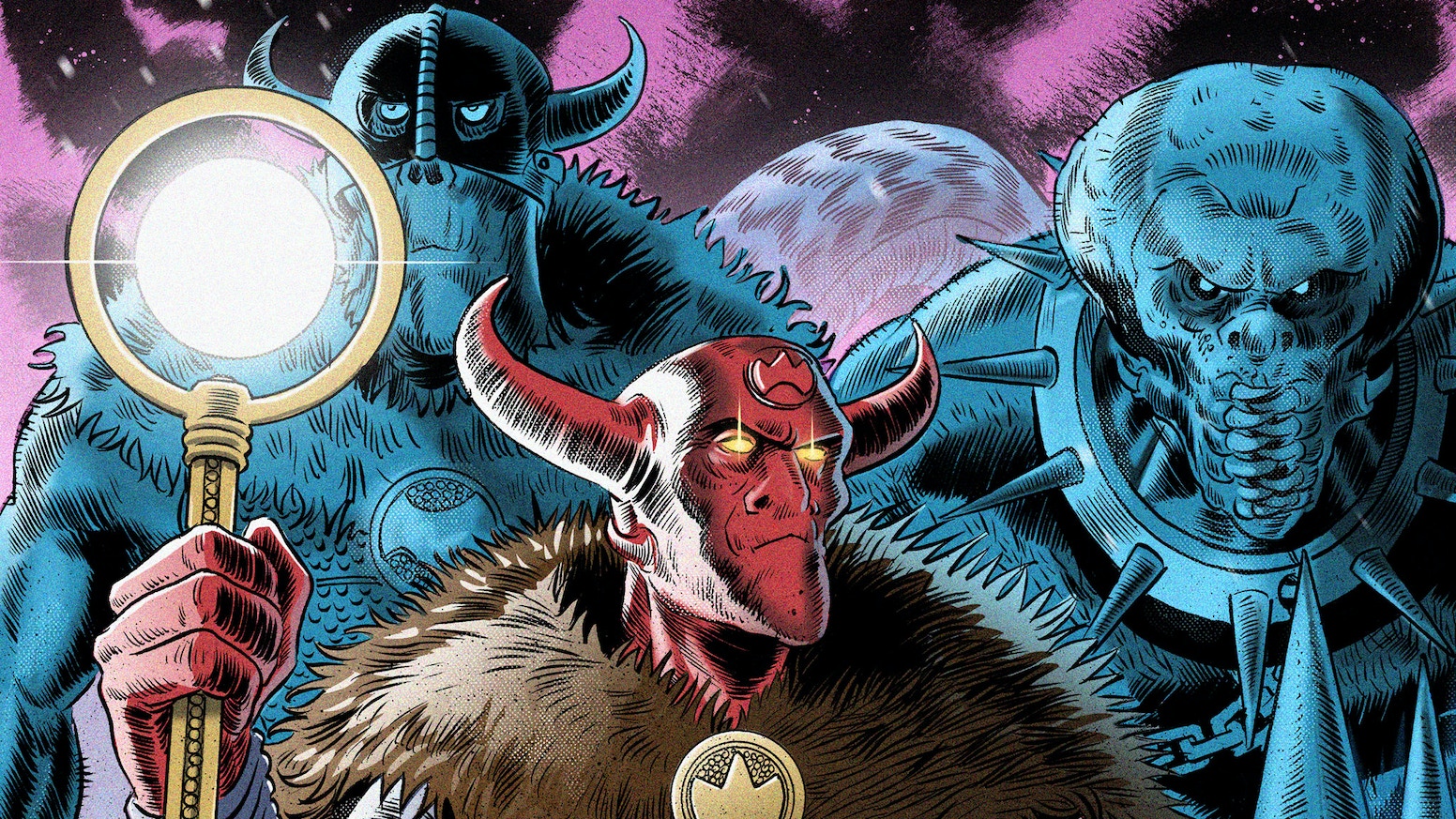 ‘Rok The God’, the hotly anticipated sequel to ‘Rok of the Reds’, is finally available to order. At first glance you may be wrongly put off by the premise, football comics tend to be very niche and sci-fi is not a genre football tends to mix well with, ordinarily. Rok actually has a large cult following, many fans of which profess to even hating the sport. Please, please, please, if you don’t like football, do not dismiss this thrilling space opera!

Upon closer inspection, you may notice the star-studded cast of creatives behind this graphic novel. John Wagner, co-founder of 2000AD, co-creator of Judge Dredd and Judge Anderson, and writer of ‘A History of Violence’ and several Star Wars comics leads the pens with long term collaborator Alan Grant. Grant is a legendary comic writer, best known for his lengthy runs on Judge Anderson, Batman, Lobo and many others. ‘Rok’ is illustrated by relative newcomer and now 2000AD staple Dan Cornwell, an artist so insatiably and unfathomably good, his work is to be seen to be believed. Both Abigail Bulmer and Jim Boswell lend their talents as colourists, seamlessly intertwining with Dan’s artwork. Finally, covering letters and design is twice Eisner nominated Jim Campbell.

“When I told people we were doing a football story they couldn’t believe we’d be so stupid (though we’d done plenty of stupid things in the past).   Comic fans just didn’t like football.   Ah, but it’s not just football, we’d tell them.  There’s an alien in it.  A big red alien.  With horns.  And they would shake their heads sadly, or tut, or attempt to take our temperature.” – John Wagner

Rok was originally conceived by John Wagner and Alan Grant many years ago and ultimately shelved, until in recent years, John Wagner and then-amateur artist Dan Cornwell set to work at reworking the original concept into a limited series for modern audiences. A loose parody of Roy of the Rovers, Rok of the Reds became its own hit series when it was originally published in single issues, and was collected in a trade paperback edition in 2018. This new sequel, ‘Rok The God’, is the result of a successful Kickstarter campaign last year, which allowed the story to skip single issues and head straight for book shelves.

The level of detail often attributed to the likes of Dave Gibbons or Brian Bolland, expertly laid down by Dan Cornwell, with colours by Abby Bulmer and Jim Boswell throughout.

‘Rok The God’ starts out almost quite grounded, Rok of Arkadi, under the guise of footballer Kyle Dixon, is playing football for 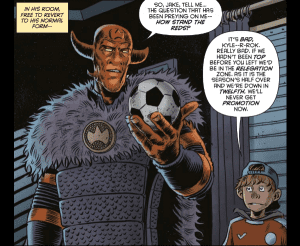 the Radford Reds before being visited by his uncle Morg. The book then wastes little time transcending into cosmic fantasy,

with slews of British popular culture references and jokes thrown in from every angle. The unmistakable black humour of John Wagner is instantly recognisable in what could easily be a 2000AD strip of the 80s, as the story meanders expertly between football, soap opera and sci-fi.

‘Rok The God’ is easily our indie title of the year. It is bold, witty and stunning to look at. The book balances the fine line between nostalgia and modern, with gorgeous contemporary full page splashes and traditional nine panel grids. Fan of football will enjoy this book, but those who hate the beautiful game will still find something to take away from this stunning publication. This is an indie book by industry veterans and it shows, the craftsmanship behind every word, image, letter and colour conveys a level of professionalism often not seen in contemporary comics and the level of detail is of another world! We warmly give this book 92.5%, and beg anyone even remotely interested to check it out at their earliest convenience.

Rok’s official Facebook page can be found here, Twitter here and Dan Cornwell’s Instagram profile here. ‘Rok The God’ can be purchased from the official Rok website here, along with the previous collected comic and single issues of ‘Rok of the Reds’, exclusive mugs, shirts and prints.