Something Alternative: Eating Out-Dinner With A Sex Worker

By Editor June 26, 2019 Blogs, Something Alternative
No Comments

Home » Something Alternative: Eating Out-Dinner With A Sex Worker

Every once in a while, I am requested by clients to accompany them to dinner. The meal is of course a precursor to the “dessert” shall we say, in the hotel room or apartment afterwards. A friend of mine suggested I use the slogan “Wine, Dined and Sixty Nined” to promote this service. I’m a professional of course, so I declined the suggestion. One has to keep things professional after all. Humour aside, I find these kind of work dates to be special and enjoyable occasions and infinitely more appealing than the prospect of meeting a “civilian” for a Tinder date.

The clients who tend to choose these dates are often very interesting and entertaining; they have engaging tales to tell about that time a burglar stole a valuable piece of artwork from their golf club (as was a real client’s story), opinions to share of a political or philosophical nature and might want to share a passion of theirs – such as growing lettuce in bath tubs (also an ex-client’s favourite pass time). These people are usually characters, and I like characters. Not only that, but these men give me the opportunity to be, at my discretion of course, as real as I want to be. Over the fine wine and appetisers, I have a chance to voice my own opinions and give them an intimate snapshot of myself which is emotional and personal rather than just physical.

I was told recently that there is a word for those people who are turned on by intellectual capacity: sapiosexual and I guess most of the guys I meet for dinner fall into that category. Talking to me over dinner about heavy and complicated issues is a turn on for them. It’s a turn on because they get a brief emotional connection with a human being they are attracted to, and it only heightens the anticipation for the physical acts to come later in the date. I have been told by many dinner date clients that they choose to see escorts due partly to convenience (they are often business travellers far away from home and with limited time to meet women in bars), but also because they feel they receive a more genuine human connection. They are paying for the escort’s time, and with high chances of never meeting again (or meeting infrequently) there is nothing to hide and no facade to put up.

I can honestly say that I have felt more relaxed on work dinner dates because there is no pressure for me to keep up a pretence, no chance of us ever getting in a relationship and having to ensure my opinions match up perfectly with my partners. This is not to say that a certain level of etiquette is required, but I have felt capable of being more brave and open with clients and I suspect the same from their side. It’s a dating “safe space”- free from the normal pressures of expecting things to go further than the first date, a little haven of authenticity and freedom.

I recently had a dinner date with a client from India. He only spent a few weeks at a time in the UK working for a software company. We had met twice already at my work apartment. He was a socially awkward man, very tense and anxious, but courteous and polite. We had only met for brief hour periods, and during that time he had nervously asked my opinions about Art History and about feminism. He had confided in me that he had never had a positive experience with a sex worker; he had seen workers in Indonesia and Dubai and proclaimed that I was “unique” in that I seemed to enjoy my job and felt comfortable exploring his kinks with me. He suggested a longer date so that we could get to know one another better, a dinner date. He had admitted that he “didn’t know much about goth culture” but we found we shared a common fondness for Mozart. I was somewhat nervous about us not having enough in common to talk about for two hours, but I accepted his invitation.

The date was arranged for the following week, at a restaurant in Sheffield. I received long text messages, with a precise itinerary about how our time would be spent together. Meet at 6.30pm at the train station, walk to the restaurant together, order wine and starters, then mains. Request that the dessert be packed up to take back to the hotel. Walk back to the hotel, run a bubble bath and drink champagne and eat strawberries, bang on some Mozart then “see how the rest of the evening unfolds”.

The restaurant was very stylish, decorated with wooden furniture and floor to ceiling windows. My client, appeared nervous. Once seated at the table we ordered food. Something unique to dinner dates is experiencing the gaze of the public in a usually private, behind closed doors affair. I always wonder to myself if they can guess what’s going on. A green haired, pierced young female with a middle-aged, Indian man. The heavily biceped, and groomed waiter smirked slightly as he took our orders. I imagine this is a sight that they see fairly often, but is still entertaining. Starters ordered, and my client pointed to an A4 piece of paper in a plastic folder, on which was scrawled “In between these two sheets is £450”. I smiled and put it in my bag. I have had less discrete clients practically wave their bank notes at me in this setting, so I appreciated his discretion.

The conversation was, to begin with, strained. The client appeared content to sit in silence and spent a lot of time staring off into the distance. Over my soup and his pate however, the conversation really started to flow. I asked him about his life in India which got him onto talking about the patriarchal systems at play in his country. We talked about sex positive and sex worker positive feminists and kink. We talked about being a female and engaging in submissive role play whilst being a feminist and the importance of consent for all sexual activities. He talked to me about various writings which featured “public women”, or “courtesans” and his eyes lit up as he told me these women had been in literature for centuries, as sex workers who possessed “not just sexual allure and prowess, but a multitude of other qualities”.

He confided in me about the bad experiences he had had with sex workers in Dubai and Indonesia, who actually were human trafficking victims working against their will. We lamented the fact that many people today still can not differentiate between sex workers who work consnetually and those who are forced to work against their will. We talked about sex worker exclusionist feminists and how damaging and hypocritical their rhetoric of “all sex work is rape” is. I was so happy to have been proved wrong: despite our differing cultural backgrounds, we had plenty to talk about.

My falafels, and his steak concluded, it was time to ask for the desserts to be packed up and leave the restaurant. The client requested his creme brulee in doggy bag to which the muscled waiter smirked and explained it would be “reduced to a soup” if he did that. We got two panettones and left, with the client leaving a rather large tip on the table.

The hotel that the client had chosen for us was a smart business style hotel. The room was minimal, with a huge superking-sized bed. He proceeded to run a bubble bath, vigorously stirring the water with his small arms while I waited by the side with a glass of champagne. Soon the bath was ready, we both undressed and submerged ourselves in the hot water. The client seemed content to relax. He held my arms and closed his eyes. He opened his eyes and looked into my face for a long time. He seemed at once peaceful and restless at the same time. Somehow we got onto the topic of films and discovered that we shared a similar taste. We listed all of the films we liked that included bath scenes, top of the list being The Dreamers which we quoted at each other whilst giggling like a pair of teenagers who had just met. He seemed quite mesmerised and surprised that a young goth almost half his age could share a similar taste in culture of any kind. And myself I have to confess was also surprised. I think this is one of the beautiful aspects of my work; connecting with people whom I would never have met through everyday life. He held me close at various points, savouring the physical closeness and sighing deeply.

The post bath sex was brief. The conversation about sex work resumed. I asked if he would be seeing any other sex workers after having had such terrible experiences with the trafficked victims, and I reassured him that there are many excellent professionals in the industry. He shook his head and smiled and said wistfully that he would “rather see someone who had seen The Dreamers”.

I find this can be the only pitfalls of longer work dates; slight emotional attachment on the side of the clients. I once had a guy on a dinner date ask me to tell him that I loved him and messaged me for several days after our appointment, lamenting how sad he was that we couldn’t meet again. My alarm bells were slightly raised at this point, but Ahmid was a true gentleman and respectful of the client/provider boundaries and didn’t follow up this comment with anything further other than to ask if I would like to be walked to my taxi. I accepted and soon we were stood outside, him smoking a very strong cigarette and me hastily double-checking my bag to see I hadn’t left anything in the hotel room. As the Uber arrived, the client held both of my shoulders and said, “I’ve had a truly wonderful time. Thank you.” And there was real sincerity in that thanks and a warmth in his eyes that gave me a slight lump in my throat.

The possibility for human connection and sharing intimate personal moments with strangers over a more prolonged period is why I will always prefer my dinner dates to regular bookings. I have met some truly wonderful people, been recommended many an interesting book and listened to many a fascinating tale over good food and a drink.

In a society where all sex workers are still often labelled as “hookers” or people who merely open their legs for money, I hope this snapshot into client dates gives some food for thought. 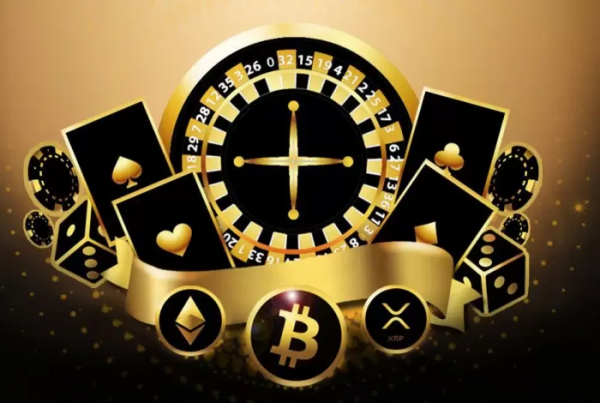