As Alexisonfire get ready to invade the UK on tour next month, we wanted to grab a few words with the band’s guitarist Wade MacNeil about the latest EP, ‘Dog’s Blood‘ as well as performing in the UK and plans for new material. 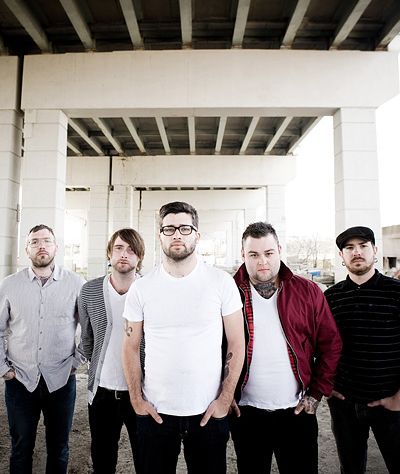 “We are focused on writing music that has staying power”

S] What personal experiences led to the creation of ‘Dog’s Blood’ and what does the title mean to you?

W] From the moment you finish your last record to the minute you start your new one everything that happens in between affects the record in some way. The title means little to me personally. It’s not literal. ‘Dog’s Blood‘ is a reference to a Wes Anderson film [called ‘The Royal Tenenbaums‘].

S] Was there a moment in the creative process where you realised that the ‘Dog’s Blood’ EP was ready to go and the four tracks were the “perfect” ones to put out?

W] Myself and Dallas [Green, vocals] had both written these very heavy songs that fit together rather well. We had ‘Vex‘ left as a b-side from ‘Old Crows Young Cardinals‘. So, we thought we should write another song that was more ambient and we would put it all out as an EP.

S] How do you think the new EP represents the next phase of sonic exploration for the band – there are a lot more experimental elements than many will be used to?

W] Yes, I think it is representative of things to come. However, because it was for an EP we did some more experimental things. We didn’t have to worry about the songs in the context of a full album. The songs all end in a really chaotic way of noise and feedback similar to the way we do things live. That probably won’t happen on the next full-length.

S] Can you talk us through ‘Vex’ as well, it’s arguably the most varied track on the record and may offer the most surprise to established listeners – what thoughts went into that one?

W] That song is based on that simple lullaby riff I play in the verses. But, when we recorded it Dallas played something really ‘spaghetti western‘-styled over it. That definitely gave the songs a different feel with those two ideas over one another. Then it just builds and builds and builds. It might have ended up on ‘Old Crows Young Cardinals‘ but there is so much going on musically in the song we couldn’t really find a good way to make the vocals work.

S] Has the work that you do with Black Lungs and Dallas does with City And Colour contributed to the creative process for AOF recently in terms of ideas for the pace and tone of songs?

W] It’s helped. It focuses Alexisonfire I think. We get certain things out of our system then come back and do this, which is all about writing energetic heavy melodic music. 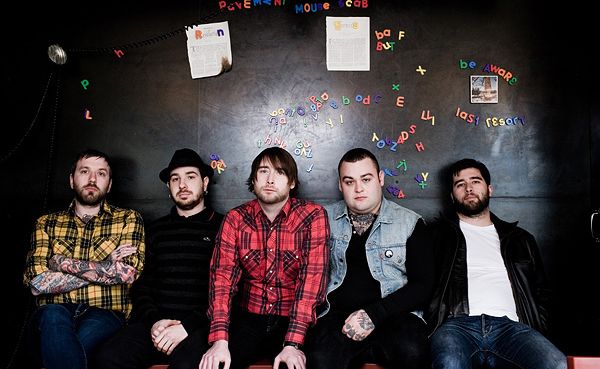 S] Tell us about the artwork for the new EP done by Skinner, what inspired that?

W] Dallas had seen some of Skinner’s art in Thrasher [a US skateboard magazine]. We reached out and he said he would do it. I couldn’t be happier with the way it turned out. It’s evil and dark but colourful and psychedelic at the same time.

S] How do you feel like your aims and objectives as a band have changed since you started out eight years ago until this point in terms of the message and impact that you want to put out?

W] The band has always been based on modest goals. First it was ‘let’s record a demo then just go play everywhere’. All these years later we have almost played everywhere. Now we are focused on writing music that will have some staying power. I hope our records won’t sound dated and cliché 10 years from now.

S] Your intensity when it comes to live performance is mirrored on record, and that is a very positive thing, but what do you enjoy most about live performances in comparison to working in the studio?

W] Playing live has always been the point of being in the band. The show can get to this frenzied place where it seems like everything could break and go wrong but somehow it doesn’t. It’s that feeling I try to get to every night.

S] You’re doing a vinyl release of ‘Dog’s Blood’ for tours – how important is it to have that added “collectable” element for the band- you’ve done it before too?

W] George [Pettit, lead vocals] and I are record collectors. We go to record stores almost everyday on tour. We are starting to do more vinyl releases. It’s something that’s collectable and something that we think is important as music becomes more and more disposable.

S] We’re based up north and you are covering areas including Leeds and Newcastle on your upcoming tour – can you tell us why it is important for you to cover the whole of the UK when you tour here rather than just concentrating on bigger cities like London and Manchester?

W] We aren’t gonna fly across the ocean to just play in London! The UK has always been good to us. We pretty much decided to stop touring the States like four years ago so we could just tour the UK and Europe more. It was a good decision.

S] What are your plans for the rest of 2011 – are you taking a break after this massive tour?

S] Your random question now – in the event of a zombie outbreak, what weapon would you use and why?

W] I’d feed them goths and live happily in the West Edmonton Mall.