Stephan Groth is the mastermind behind electro-rock act Apoptygma Berzerk, and after our in-depth interview last year which referred to the last critically acclaimed studio album ‘Rocket Science‘, we thought that now would be a good time to catch-up with the thoughtful vocalist again to discuss his band’s new live album, ‘Imagine There’s No Lennon‘ and future plans. 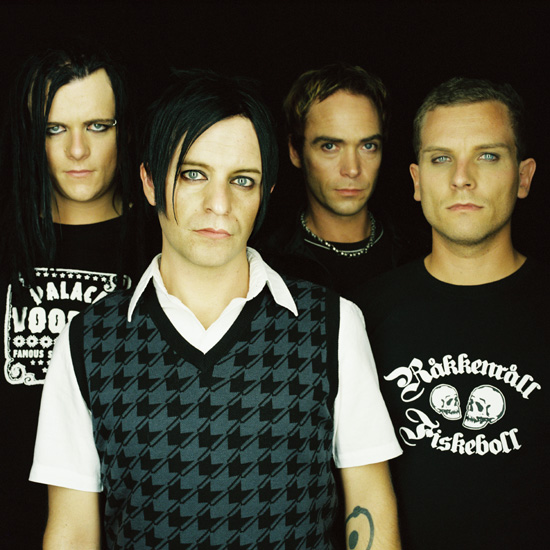 “I ate the red pill, so there’s no turning back now“

S] Hi Stephan! You’re on the road right now – all going well? Tell us first about ‘Imagine There’s No Lennon’, your latest CD and DVD; what events inspired its release?

SG] Yes, it is going really well, thanks. Well, the whole purpose of the release is to document the whole ‘Rocket Science‘ chapter that came before it; the album, the touring, the whole group experience! This was done both by releasing this DVD/CD and also by means of the release of ‘Evolution Has Left The Building, Thank God‘, a photo-documentary book by Espen Ixtlan. These two pieces together finally close that chapter and allow us to begin the next phase of Apop.

S] As a heavily electronic band, what do you enjoy most about live performance in contrast to just concentrating on the studio?

SG] Being in the studio is a much more controlled environment, basically. When you play live, with real acoustic instruments like drums and guitar, it gives everything a new flavour and adds a new kind of energy to the entire thing; plus, the energy we get from the crowd really makes all the difference. All of those elements together create something completely different to the more static studio recording. A CD can be listened to over and over with the same results, but a live show is a piece of art that can only be experienced in that one moment in time.

S] Can you tell us about some of the best experiences of putting the live DVD together and what went into collecting everything?

SG] Well, all I can tell you, is that I’m really glad it’s finally over and done. It was extremely time consuming putting everything together because I’m a real perfectionist and wanted it completely right. It was nice to relive the concert, but very stressful at the same time. Yes, I am glad that it is completed, but I’m happy with the final result too.

S] What do you think the benefits can be for an industrial or electro act embracing the “full-band” set-up instead of just relying on the stereotypical keys and vocalist?

SG] I’m not sure it’s necessarily ‘beneficial’ in the way you mean, but I really enjoy a band performance above any other. The usual keys and vocal set up is a little too ‘karaoke’ for my taste, personally. Of course, this can also work and does for many, but in Apop’s case it has always been all about a real band playing.

S] In our last interview which referred to the last record, you referred to ‘Rocket Science’ as a meal that you have to really sit down and enjoy with many different types of food; so with that in mind, what do you see your live album as?

SG] I think it’s all about building on where we are now. The last chapter had its time, but it’s closed now. I intend really nothing more than, first, finishing the tour we are on now, which is a really positive experience so far, then we want to immediately jump back in the studio in February, to write the new album.

S] Are you working on any projects outside of APOP?

SG] Not too much, I am doing some remixing and working with a few other bands on arrangements and production. But, Apop has been taking up most of my time in the last few years, so I haven’t really had the time to do any real ‘side projects’.

S] When can we expect to see you back on the road over here? It’s been a while..

S] Do you think that your next record will see the sonic progression of APOP away from the ideas present on ‘Rocket Science’?

SG] Oh, it’s still way too early to say that, I think; but I will continue what I have started and we’ll just have to see what happens. I am listening to a lot of synth-pop at the moment and I’m sure this will affect the sound of the new album, but I can’t predict the future!

S] What about thematically? How are you going to move on from the strong ideas of worldwide conspiracy that were presented on ‘Rocket Science’?

SG] Well, I ate the red pill, so there’s no turning back [laughs] Now, I am even more into the so called ‘conspiracy theories’ I talked about before, and I could go on for hours about some of those, but somehow, I doubt that this will be the main theme of the next album. There’s so much going on in the world at the moment, that I’m probably going to have many, many ideas before I actually sit down to write lyrics again!

S] We wish you all the success for the tour!!

SG] Thank you very much. All the best to you and all your readers.