After we were suitably impressed by their performance in Sheffield supporting the Murderdolls, we thought that now would be a good time to catch-up with the glam-inspired metal powerhouse that is Black Veil Brides, we spoke with the band’s vocalist Andy Six about touring the UK and plans for the future… 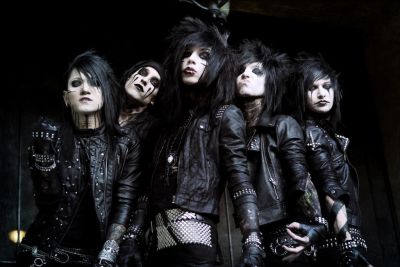 “There is nothing that has stopped us from moving forward”

S] You got to play all over the country in places like Sheffield on this tour – how was that?

A] “The tour was great. Honestly, it was amazing. Obviously being from the States and having never been here before, I was actually unaware of the fact that some towns are smaller. Every show was sold out! We would only hear about how small a town was after we’d played a sold-out show where a couple of thousand kids turned out. I think that is consistent with anywhere that we play. Just because these kids have grown up in a small town doesn’t mean that they shouldn’t be allowed to have big rock shows – we are happy to play anywhere as long as the kids are having fun.”

S] How did it feel playing in support of the Murderdolls?

A] “For me, it was very exciting. We’re confident no matter who we play with, that we are going to go out, do our job and kick-ass. It was great because I grew up listening to the Murderdolls and so to see them play every night, meet them and become friends with them was fantastic. I know that my band-mates feel the same way. We never thought that it was going to be challenging though, because we love what we do and we’re our own favourite band [laughs].”

S] Your music seems to be focused around self-expression and self-empowerment – would you agree that is the focus of the band?

A] “Yeah. The basic idea behind the band has always been to uphold the major rock ‘n’ roll ideal that it is important to just be yourself and not care what anybody else says. It is not by any means a form of visionary thinking, it is simply what rock is at its most basic level. From rhythm ‘n’ blues all the way down it has been something that is innately rebellious and has made people feel something inside themselves. For us, we just try to make music that is very much based on rock ‘n’ roll and rebellion.”

S] What about yourself – what keeps you most inspired?

A] “Just being in this band and having our fans keeps me inspired. I came from a small town in the States and I am across the world right now [in London]. I get to meet people and love my music and love what we do. To play sold-out shows and meet new people every night in a new area that I don’t know is amazing. My basic motivation is the same as with anyone’s if they enjoy what they do – because I love what I do, then I am obviously going to be motivated to keep going.”

S] What do you see as the evolution of that positive message – how will you move it forward?

A] “This next record is about ‘a growth’ – the first was very ‘internal’ and it focused on those types of emotions. There was a very strong theme of ‘not letting people mess with you’. The second record follows the same tone but it is more about going out, grabbing the world by the throat and taking what is rightfully yours – that is really what we all need to do. Regardless of what you do in life or what field you are in, you should always want to be the best and take what you deserve in this world because nobody is going to give anything to you. You have to be pro-active. It’s a universal message that can apply to absolutely anything in life. It is a pretty basic notion, because if you want to be somebody in this life then you have to make yourself that. Also, if you want someone to stop making fun of you, then you just have to stop caring. You should not give people attention when they don’t deserve it and, you should only put your heart and mind into the things that are really worthwhile and just.”

S] Your make-up goes beyond the glam theme and looks at the idea of imperfection in all of us – how will it evolve as you grow as a band?

A] “No. To me the image that we have now is what this band is. The biggest problem that I had as a kid was that bands would change what made me love them in the first place. I was into punk and glam, and as a result I was attracted to both musical and aesthetic values – when bands change what you initially loved about them, they can lose their value in my opinion. The image, and how we look with our make-up will evolve slightly, but for the most part what you see now is what you will see in ten years’ time. We want to be this band forever and be timeless in what we are, and who we are.”

S] How will you be moving forward sonically on the next album – will you still maintain the glam and classic influences?

A] “When writing this next record we made a concerted effort to listen to the albums that have meant the most to us and take inspiration from them. We are not ripping them off but we are thinking about the value that Def Leppard’s ‘Hysteria’ meant to people when it came out and what Motley Crue’s ‘Shout At The Devil’ meant. For us, we want to put those elements in to our sound. As much as I like bands that do a ‘throwback’, it’s already happened – you don’t need a band that sounds exactly like Mötley Crüe because there is Mötley Crüe. So, we try to take that kind of stuff and meld it with our ‘more current’ metal sound and make it a ‘re-packaging’ of something that meant so much to so many. Again, we are essentially trying to bring the idea of heavy music and big choruses back because there really are not any bands out there that can give off an arena-sized chorus. The next album is going to be a crazy amalgamation of modern metal and classic influences.”

S] You were in Cincinnati when you started – this might sound like an obvious question but why did you make the move to California and how have your goals changed since you did that?

A] “We have always had the same goals but it took the move for it to really get going and for me to meet my bass player Ashley [Purdy], then the other guys in the band to then form what we have now, so it definitely needed to happen.”

S] Do you feel it is important to move to bigger cities in order to succeed?

A] “No. Our band, from day one has always been ‘underground’. All of our success has been based on something that really hasn’t been what is considered ‘mainstream’, until now where we have finally been signed by a major label [StandBy] and we are starting to get media coverage. When we started out it was definitely ‘underground’ and was something that meant a lot to kids that wouldn’t necessarily have access to this type of music around them on a day-to-day basis. We want to continue hitting as many markets as we can and bringing our music to as many kids as possible because like I said before, it’s not anybody’s fault that these people were not born into a big town and they shouldn’t be punished because there is less exposure – we will bring our music everywhere.”

S] Is there a song that you are writing at the moment that means the most to you as a band?

A] “We have got about eight songs at the moment for the new record and every one is my favourite! I feel like everything that we have done is exciting and that we have ‘hit’ on something as a band and I think that people are going to be really excited about it.”

S] How do you look band on ‘We Stitch These Wounds’ now?

A] “I feel like that record is definitely a good indication of where we started. We were not given a lot of time to make the record and we certainly did not have a very big budget because we were on a very small indie label at the time. Now this next record is the ‘natural evolution’ and it takes things one step further. I feel like, as a band we have grown and evolved in a very ‘organic’ way. I am proud of the first record but it is time to move things forward and make an album that means more to people.”

S] Where do you draw inspiration from?

A] “I take influence from different things in my life, but I will say that, to me the biggest inspiration that I take is from the reaction I get from people that we meet. If we meet fans after the show I like to spend time with them and take in their stories and hear what their lives are like. Then I immediately go back to the bus and then write down what I am thinking about at that moment or how someone’s story had an effect on me. I certainly take influence from the fans and I am constantly looking for ways to convey the human emotion to others through my songs.”

A] “We will be at Download Festival which is really exciting and then hopefully you will hear some news as to when we will be coming back again.”

S] How’s the process for the next album coming along?

A] “The plan right now is to get it out by the summer and have it out in everybody’s ears, and hopefully they will be enjoying it!”

S] What would you say some of the band’s biggest challenges over the last few years?

A] “There really hasn’t been a whole lot of things in our way. I hate to say that there is really no good answer to that because there really isn’t we have been really fortunate as a band in that we all get along very well and we have a great time together. There is nothing that has stopped us from moving forward and right now, the train is moving faster and faster every day and we’re all excited as hell to be on it.”

S] Is there a song from the first record that encapsulates where you were at the time when you made it?

A] “There’s a song on that called ‘All Your Hate’ does that. We kept the lyrical content pretty cryptic but I guess, for us as a band at that time, we were fighting with a lot of outside stuff and opposition and we realised how strong we were as a group. That song was written about how much we have been able to fight through anything. We have kept ‘rolling along’ and will continue to do so, and everybody else can just pi** off! [laughs]” 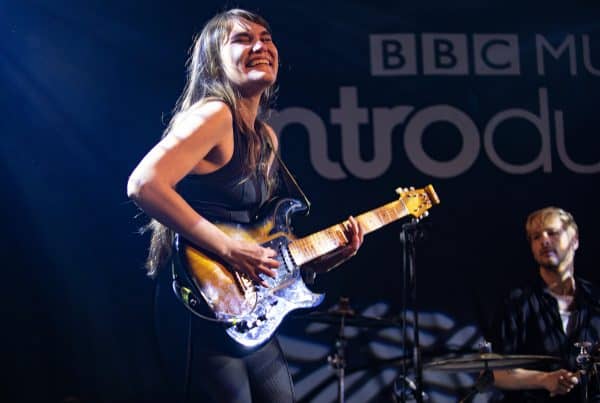 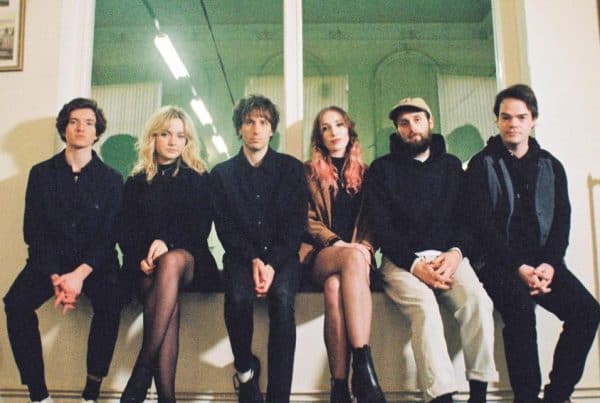