Huddled into a deserted artistic tin barn sheltered from the downpour outside we know from the minute we arrive that this is going to be something different. Lighted only by candles and fairy lights and surrounded by an array of unique objects including a human skull wearing a bicycle helmet, it is fair to say our first experience of The Boathouse is….interesting; eerie, yet strangely perfect. 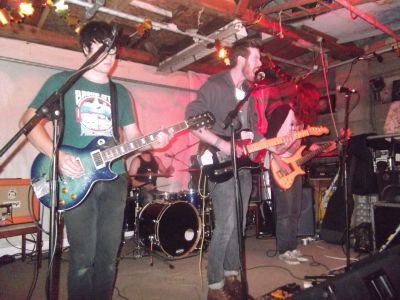 The array of fresh talent on offer here, is overwhelming. Daniel Mawer from La Bete Blooms’ musical gift is apparent immediately and his carefree attitude towards performing gives him a rock ‘n’ roll edge which is undeniably charming. Similarly, The Belle Collective’s John Copeley, with his raw Mumford-esque vocals, sends the room into a silent frenzy and it is clear that this guy is set to move on to big things.

But the bubbling excitement here, is essentially for the Late Night Fiction boys and their first major step on the ladder to stardom. The melodic post-hardcore quartet, all hailing from hull, have been causing ripples in the local music scene for some time now even playing some sold-out shows. They have just returned from a small tour of the UK to promote their previous single ‘The Only Way To Fly’ and with a D.I.Y-jobby on the video, it’s clear these boys are doing their utmost to promote themselves on pure passion alone, despite a lack of funds. 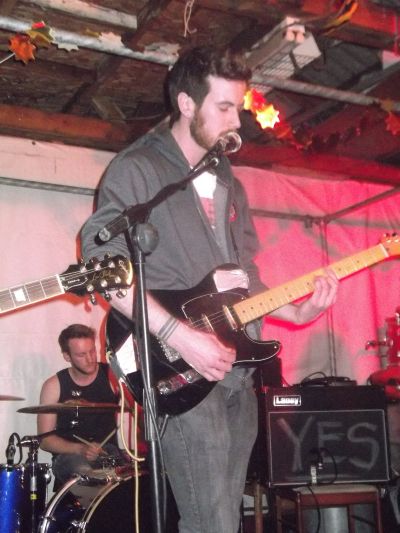 The funny thing is, it’s working. Recently they have supported numerous acts such as Twin Atlantic, The Xcerts and most recently Dinosaur Pile-Up and the professional video release for ‘Dialectics’ seems like a natural progression to accelerate their career. Shot by Joshua Porter at the Boathouse itself (the freaky human skull is featured in the video many times) the artistic work is an out of focus blur which gives the feeling of intoxication. The ‘Dialectics’ song itself is wonderful, Phil Morris’ vocals compliment the effortless rhythmic melody perfectly and this song is bound to send shockwaves across both the Hull and UK music scene alike.

Playing all of their tracks live for us, it is clear that Late Night Fiction aren’t just a one-song alternative rock band and that they have numerous catchy tunes that have you singing along after merely one listen, without being commercially synthetic. The boys are currently working in Glasgow recording another EP due to be released at Christmas time and are planning another couple of single releases and video launches before then. If new single ‘Dialectics’ is anything to go by, the new EP will be an array of catchy alternative melodies with a post-hardcore edge.

It is a night of hidden musical gems and although Hull may not have much going for it right now, it sure does have an incredible amount of musical talent, and Late Night Fiction certainly prove that. We have no doubt that soon their musical dream will not be one of pure “fiction” (c’mon, we had too…) and will instead be one of reality.