Charlotte Flair on her Royal Rumble past and future

Charlotte Flair recently spoke about the upcoming Royal Rumble pay-per-view (PPV) this Sunday, the Queen is set to have two matches on the card, participating in this year’s women’s Royal Rumble, and defending her tag team titles with partner Asuka. 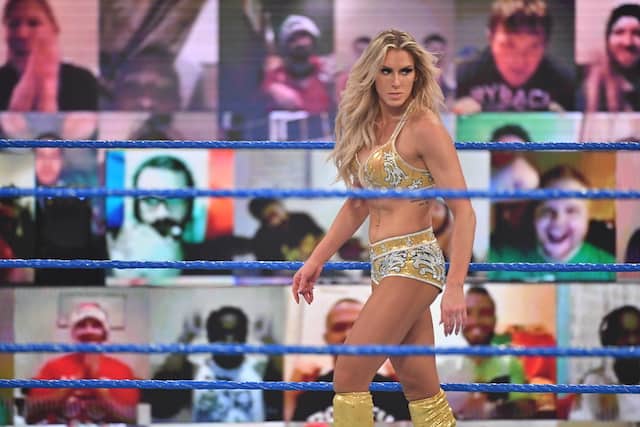 Speaking about her opponents on Sunday, Charlotte thinks the pair have “come extremely far together” and describes their friendship as kind of “sisterly” as well as it bringing a different feel to the match.”

She is no stranger to the Royal Rumble having won the match last year. The 12-time Women’s Champion came into the Rumble as the 17th entrant, but how does one-half of the Tag Team Champions feel about this year’s match?

“I think every year the Royal Rumble gets more difficult due to how deep and experienced the division gets.

The Queen expects there will be some surprise entrants, in addition to the current superstars who have declared themselves in the match.

“In terms of who I want to see come out, I think we have the opportunity which is exciting, so I guess anyone from the Dusty Classic really, I think we will be expecting someone from the NXT brand to be a part of the Rumble – it adds so much.”

The 2021 Royal Rumble will boast names such as Bianca Belair, Bayley, and Alexa Bliss to name a few, however, Flair speculates that a former foe of hers may also be in the match.

“I don’t know whether or not she’ll be entering but I could see Rhea Ripley making a surprise entrance.”

Charlotte added that because of the depth WWE now has in its women’s division “there’s so many more players that are in favour of winning”.

Despite the impressive women’s division, she thinks there is potential for numerous superstars to win the match this year.

“I feel like I could list six girls that could potentially win the Rumble this year and that just makes for a more exciting rumble.

Before winning the Rumble match last year, the 12-time Women’s Champion had been teaming with Becky Lynch, but still wasn’t sure what direction her character was going in.

“I didn’t see what was going to happen in January or February, I had been in a tag team with Becky, so that really felt like another moment that was going to change the course of the spring for me.”

The Queen has been in the final two of both Royal Rumble matches she has participated in, if she were to repeat her streak this year, who would the current Tag Team Champion want to be on the opposite side of the ring to her?

“That’s tough, on the second (women’s Rumble) it was Becky, the third was Shayna, I don’t know there’s just so many.

“I mean I could pick a wildcard and say someone from NXT or SmackDown I honestly don’t know who I would want.” She added.

Flair has faced some criticism for winning almost every accolade there is to have in women’s wrestling in WWE, but she explained why fans might be overcritical of her achievements.

“Winning last year was so out of left-field-play I think sometimes the fans take what I say and get confused, I remember one time, I was like man I really needed that win, they didn’t understand what wins are like.

“I don’t think I have to explain myself but winning the Rumble last year was like going on a rollercoaster.” Charlotte added.

Unfortunately, due to the current Corona Virus pandemic, no fans will be able to attend the Royal Rumble in person. However, the 12-time Women’s Champion thinks that this shouldn’t take from the excitement of the fans from both Rumble matches.

“The Thunderdome the WWE has created to have fans be able to watch, it’s not Zoom, but to be able to log in is still is as exciting.

“It’s making the best of what we have but just because they’re not there in the seat, doesn’t mean they’re not just as excited to watch their favourite superstar at home.”

The Queen is currently in her first reign as a Women’s Tag Team Champion, pulling double-duty on the card will defiantly add curiosity to how WWE will book the event, but what is Flair expecting from this year’s PPV?

“I’m looking forward to the rematch, there’s no one else that I want in my corner than Asuka, and I just know that we not only are great enemies but we’re great partners, and we’re going to do whatever it takes to retain the titles.

“When it comes to the Rumble, I’m just staying focused and ready.

“I’m not sure which match is going to come first but whatever match does come first I will take that as my warm-up for the next match.”