Nifty little chat with the cool dudes in DEATH TOUR right here. Check it out below… 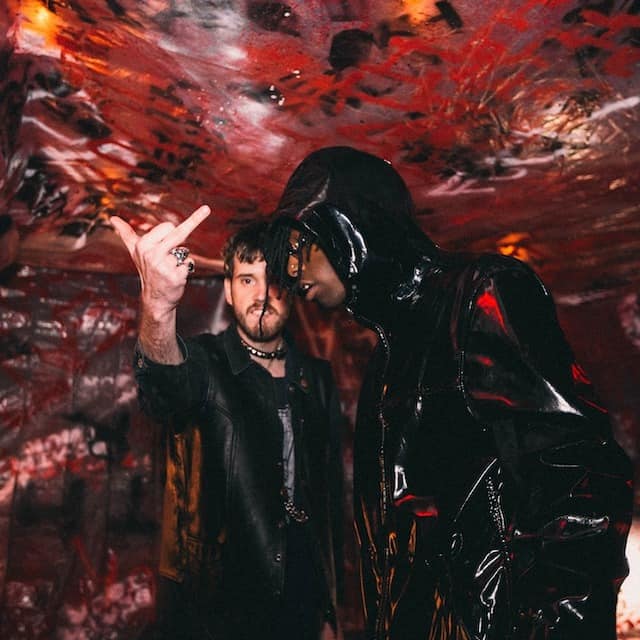 S] Hey guys, how are you doing today?

Millions000dead: excellent! busy! smelling of gasoline from my bike!

Demi: pumped from the gym. jaw is square

S] Can you tell me how you guys define success?

Millions000dead: when I’ve enjoyed the journey, I’d consider that a successful excursion. No matter what it is. And hopefully, people are impacted positively from that journey.

Demi: Freedom. Freedom to express myself however I want, be who I want, and live how I want. All that while consistently maintaining steady personal growth is what I define as personal success. Also being able to share all of that as well with those who need it!

S] I fucking loved ‘Everyone’ when I first heard it, what was that track borne out of?

M] Honestly, was just real pissed about a lot of shit at that time. was sick of everyone having the same goals, same dreams, same “me me me” mentality that’s bred on the internet by weaklings and posers. we can all benefit by working together. also, why the fuck does everyone wanna live in LA so bad? go see a mountain and tell me it’s not way sicker than a skyscraper. ain’t shit happening in LA that feeds the human spirit.

Demi] For me it was my misanthropy at the time. I increasingly grow more irritated with how we live every year I spend on this motherfucker! There’s hope but it has to get out sometime.

S] What are you hoping that ‘D*E*S*T*R*O*Y’ communicates to people?

M] I hope people get that it’s okay to have fun and be yourself and buck the system all at once. I also hope people understand that there is no such thing as a traditional way to do anything anymore, and really you’ve been sold as much as to keep you in line and keep you stagnant. There will always be a new way to do something. We desire change as much as we desire stability. Don’t be afraid to evolve. Don’t be afraid to push the envelope and the conversation forward. Push buttons (and also push buttons, if you catch my meaning), have fun, destroy the old, rebuild anew.

Demi] Destroying old ideas for new and improved ones. Being unapologetically you. Living your truth the best way that you know how.

5] How important is the visual aspect of what you guys do?

M] Extremely important. You eat with your eyes first, at least that’s what Demi told me, and it’s stuck with me. Some chef advice I suppose, he’s a culinary school graduate. Anyway, he handles a lot of the visual aspects of Death Tour but we both step into each other’s roles when necessary. I may direct a scene or two, I’m directing a video in the future but it’s all him mainly on the visual front whereas I mainly produce/engineer/mix and master our music.

D] Really important to me. I’m a really visual person and I think the visual part paints the picture for what you are trying to communicate to people and helps bring people more into the world you create as a vocal artist. The visual part can be just as important for me as the music if they work well together and are both quality. I will add that if the music sucks, the visual does very little for me.

S] Have you got a message for fans in the UK waiting to catch you?

S] Cheers for your time!!

Death Tour] Yarp, right back at you!