Delilah Bon is not taking it anymore, and neither are her audience!

Home » Delilah Bon is not taking it anymore, and neither are her audience!

Delilah Bon, the artist formerly (and still) known as Lauren Tate, took time out after her recent triumphant tour to talk to Iain McClay about her change of direction, her influences and some of the challenges and controversies she’s faced. 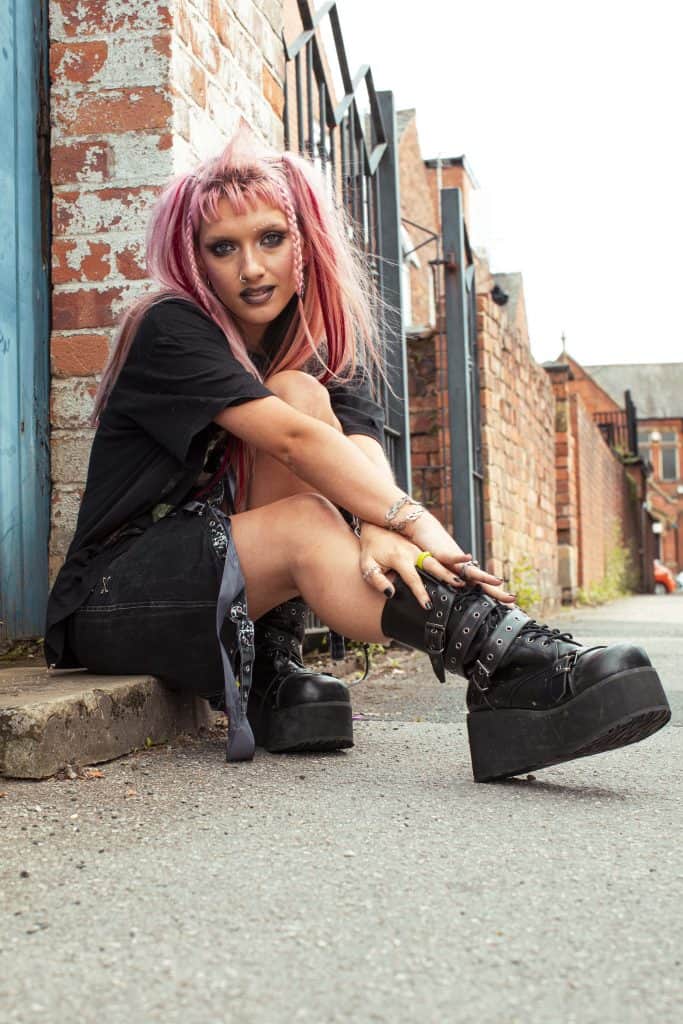 Hi Delilah, you’ve just finished your tour, I was lucky enough to see you before the start at Kendal Calling, you have a very confident on stage presence, is that the real you?

It is me on my very good days, I don’t always feel that confident or sure of myself but the Delilah Bon you see up on stage is me and I can be and want to be. It’s my more confident self, I’ve not always had full confidence in myself but being Delilah is definitely helping with that.

Your music has quite a lot of uncompromising stances in it, political, sexual, a woman’s right to
choose, violence, why?

Its about my experiences, I write about what I know and also what I read about and see. It’s my experience of being a woman which is why I think it resonates with some people. I know what’s happening to me and I know what is happening to women in the world and I feel I need to write about it, no-one else was as far as I can tell, lots of people were touching on parts of it but not all of it.

Dead men don’t rape is a very strong, evocative and some would say incendiary title, what kind of reaction were you hoping for when you wrote it?

I think a lot of people have misinterpreted what this song is about, its about female empowerment and feeling safe. I have no regrets about this song, the reaction at my recent shows was clear, it clearly has touched a nerve. It’s not anti-men, it’s anti-violence against women. I was having the lyrics sung back at me every night. 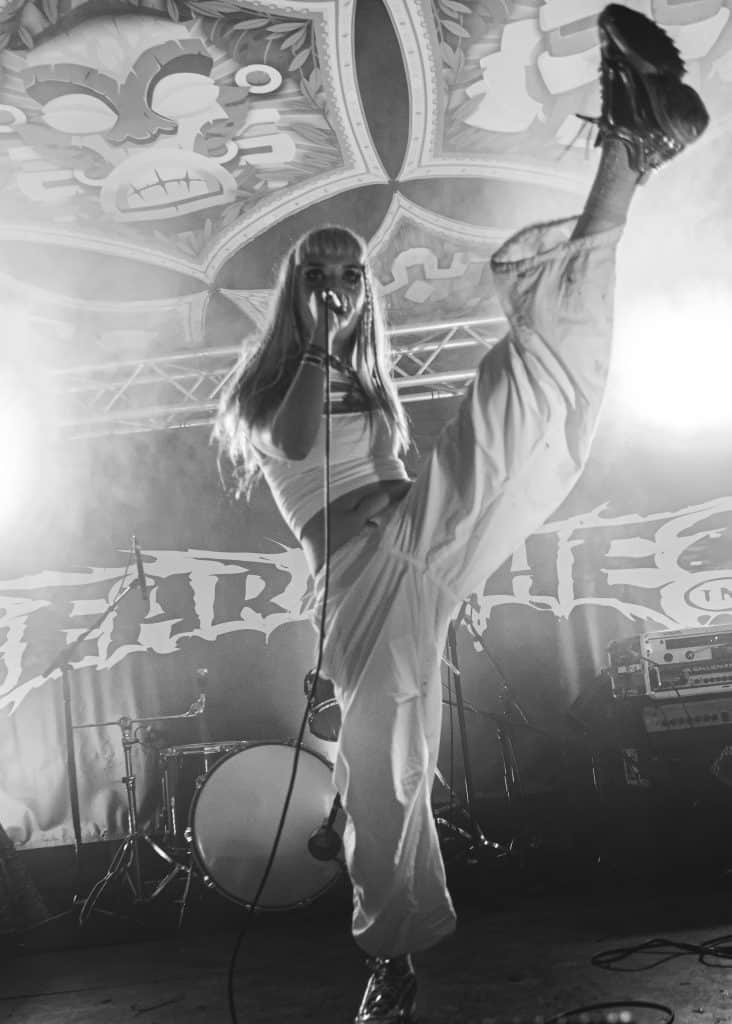 Your stage performances with both your other band, Hands Off Gretel and as Delilah Bon are incredibly energetic and enjoyable, is your focus entertaining or getting your message across?

I want it to be a bit of both, I don’t to want to have to choose, I need to perform as much as I need to drive my message and change. A while back I spoke out about the behaviour of some men at gigs, I did it because I’d both witnessed it and experienced it. I was really disappointed in how few other women within the industry stood with me. The music I’m currently making lets me express myself and get the message across while really enjoying myself. I love the people on stage with me, they’re my best friends and if I ever feel threatened, I know our bassist can kick anyone’s ass. Its such a buzz being on stage with them, they are just fantastic.

You’re tweeted on a number of issues in the world from the recent rowing back of Roe Versus Wade in the States to the ongoing protests in Iran, when your career is over what do you want your legacy to be?

I want to change the world for the better for everyone, women in particular but I want it to be a better place. I can’t not comment on what I’m seeing, I sit in my room and see all the things on the news about Iran and America and so much else and feel I need to try to do something!

You sometime hint in your music about not having had the best of times at school, how did that shape who you are today?

At school I wasn’t one of the popular kids. I wasn’t treated well by a lot of the other kids, some days I would lock myself in the toilets and stay in there. I wanted to be me, not conform and that’s not a popular thing to do at school. Music mattered to me and making music mattered even more. It has shaped me but, I think, for the better.

If you could corroborate with any three artists in the world, who would you choose and why?

Pink, she is my idol, I think she makes great music but is resolutely herself! Ashnikko – I’m a big fan. I’m not sure about the third one, I’ll get back to you on that. 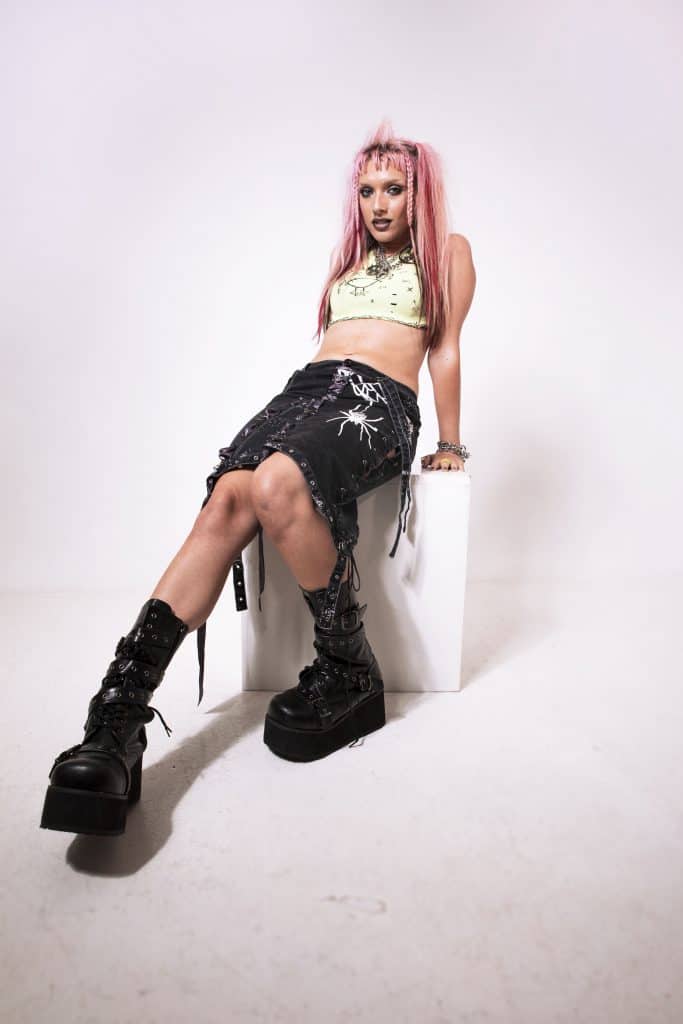 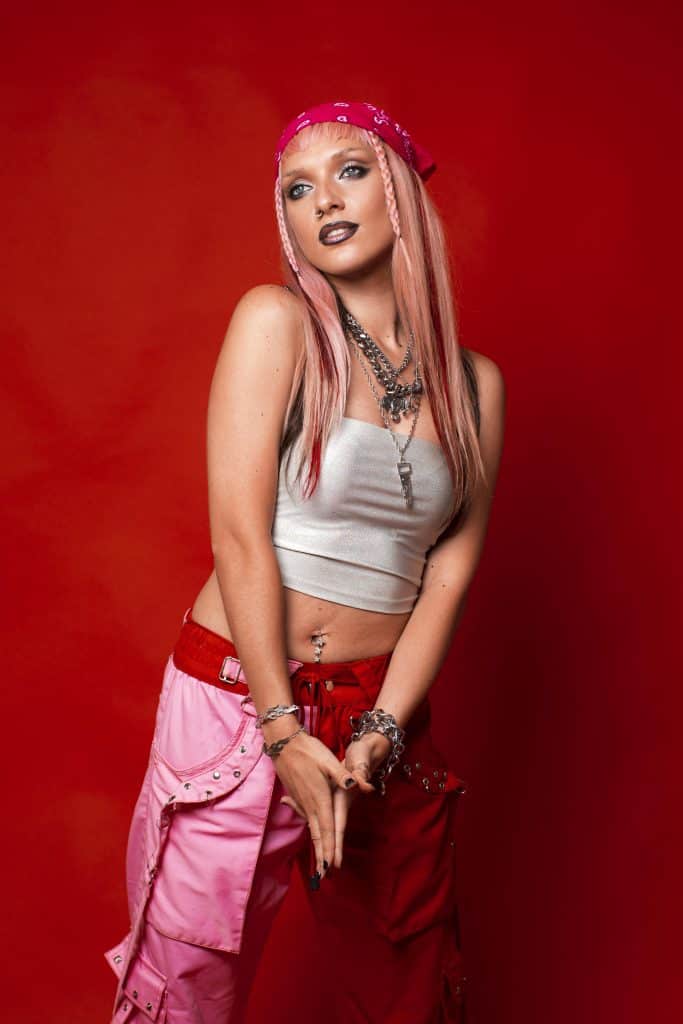 I saw you recently at Kendal Calling, which do you prefer, writing or performing?

I love performing, I’ve had such a great time on this last tour, I feel like I’ve found the audience I’ve always wanted. I love making new music but the feeling you get on a stage when everyone is singing back to you and the whole crowd is in to what you’re doing is amazing.

I’ll be 30 by then! I want to be able to sell out a tour quickly and not have to worry about ticket sales, I want to have played the states, somewhere like Maddison Square Gardens would be amazing! I want to have a full show, like Pink does. I want to feel like I’m making a difference, I just want to have fun, write great music, keep playing with the wonderful people around me and become closer to the pop star I dreamed of being when I was younger but never forgetting there are important things that need to be said!

There so many! clearly Pink and, Ashnikko. It’s a mix of pop with Nu metal, hip hop and rap. But at the end of the days it’s all me.

Why the change of direction from Hands Off Gretel?

I had been playing with Hands Off Gretel for a long time, and we’re not done yet, but I felt I needed a change for me. As I mentioned earlier, I’d spoken out a few years ago about the way some men behaved at gigs and I felt I got no support, particularly from the punk rock scene. I felt I needed to try something new, to try something for me and, as a result, I’ve found the audience I always wanted, even if I didn’t know that was the case. I’m loving what I’m doing right now!