A total of fourteen acts booked to play at this year’s Download Festival have been revealed today. 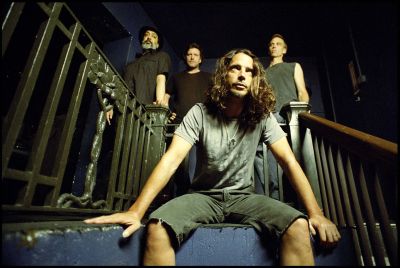 Leading the list of fresh signings for the tenth anniversary weekend event in June is Soundgarden, whose set will be their first in the UK for 16 years.  Matt Cameron, drummer for the band who reunited last year, adds: “We are beyond psyched to play Download 2012. It will be a huge year for the band and what better way to celebrate than bring it all to our UK family at Download. See you there!”

Soundgarden are not the only band appearing at this year’s Download Festival for the first time – nor are the only band who are regrouping. Also making their first appearance at this year’s Download Festival are Tenacious D and Chase And Status; while two recently reformed groups, Ugly Kid Joe and Little Angels, have been added to the event schedule.

The other eight bands taking their place in the Download 2012 line-up are no strangers to the festival.  Biffy Clyro, Lamb Of God, Trivium, Machine Head, Anthrax, You Me At Six, Devildriver, August Burns Red and The Devin Townshend Project are all set for returns to the stage at Donington.

Today’s announcement follows previous confirmation of headline sets by The Prodigy, Black Sabbath and Metallica.  The line-up as it stands, along with more details on the Download Festival 2012, is available on the event website.