From the Land of the Rising Sun to Loughborough via New York City, Dir En Grey look to be awash in a rising trans-continental tide of cult metal stardom. But lucky for you, we still managed to get a few questions to lead guitarist Kaoru before they went out on tour. 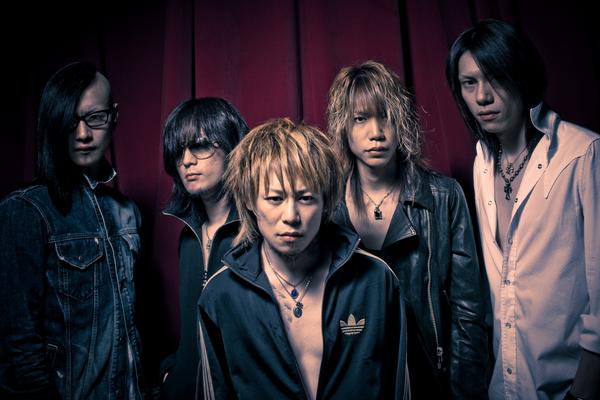 With large fan-bases on both sides of the Pacific, their fixture on the roster for this year’s Kerrang Relentless Tour in the UK, and a placing in the Billboard 200 chart for 2008s Uroboros, there’s no doubt that there’s been a lot of hard work involved in getting to where the Japanese quartet have.

That’s not to say that the road, after the piss-stained vans have been upgraded and the angry mobs have been replaced by a passive-receptive crowd, is one paved with unique experiences and irreplaceable moments.

“The best live experience we’ve had in the last 12 months is definitely touring with the Deftones. Everyday was exciting and full of motivation. It was a blast! Going out on our tour in Europe in November 2007 was also an amazing experience for us,” stated Kaoru.

One may expect Uroboros’ Number One placing in the Heetseekers’ Chart last November to be up there with the band’s best moments, but the guitarist explains that the band were shocked by the experience at first.

“We did not expect it at all so we were surprised and very excited about it- all at the same time,” he explained. “On this album we’ve tried to include themes that we experience in our day to day life, and also things that we are influenced by. If we compare it with our previous album, our new album has songs which you can actually make out some sort of an image from the overall sound and style,” Kaoru continued, clearly highlighting the ‘Visual Kei’ ethic behind the band.

It is clear that the band are relishing every second of the live experience and that they are always inspired by the bands that they play with. It’s also obvious that the group are very proud of the unique and dedicated support that they attract, Kaoru said, “We’ve been looking forward to the fans’ response coming back to the UK on the Kerrang tour… that and seeing some of the other bands on stage.”

Dir En Grey will be heading to Europe for the Metaltown Festival in Sweden following a few months rest after the completion of the Kerrang Tour this week. For more information, visit the band’s Myspace and website.