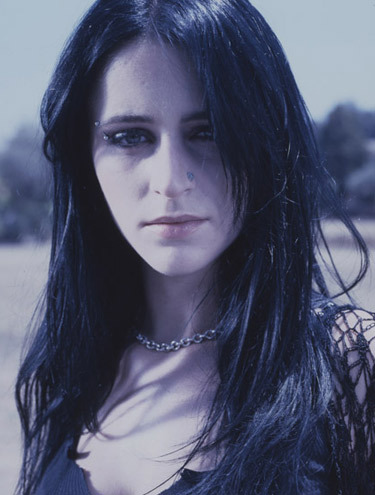 Lennon Murphy has done a lot within the music business and has worked hard for her success, she has achieved much critical acclaim as a solo artist supporting the likes of Alice Cooper and Motley Crue. The young lady from Orlando, Florida has also had it very tough, not least having to go through the stress of being sued by Yoko Ono for the use of the name Lennon early last year. Now though in 2009, with her “heavier” project Devil’s Gift touring internationally and a new solo record on the horizon everything is looking up. We caught up with Lennon to discuss her projects and inspirations.

S] You released all of your work under Lennon for free recently, this is definitely a good way to get your music out to people, for those that maybe sceptical, can you elaborate on how the move has helped your success?

L] Music is free no matter how you look at it. If someone doesn’t want to buy a record, they can easily find what they want online and take it anyway. For me, I would rather people have the music. Also with prices going up on pretty much everything people don’t have the extra cash they’ve had in the past to buy albums. Getting the music out there is also a good way to get people to come out to the shows and buy other merch. In the end, it’s all about getting the songs heard.

S] How much fun was returning to the UK recently with your project Devil’s gift in support of Blessed By A Broken Heart, and how do you view it in relation to your first outing with Soil?

L] Both tours were pretty interesting. I really enjoy playing to the UK crowds, so it was good to get back.

S] What kind of advice did you receive on tour when you were out with The Cult and then Alice Cooper, Aerosmith and Motley Crue as Lennon, did you get any positive feedback, and do you apply any of that when you perform now?

L] Pretty much just keep doing what I’m doing. I made a lot of good friends on those tours, and it was simply amazing to get to play with such legendary bands as those.

S] You career in the music business has been tough over the last eight years but you seem very determined to keep making music, and moving forward – what has been the lowest point and how did you overcome?

L] There’s definitely been a lot of low points but that pretty much goes along with being in the music business. So really I can’t think of the lowest (pretty long list). I can say the high point of my career was playing Hong Kong in 2005 and looking out over 8,000 people. That was pretty fucking amazing.

S] As someone who inspires others, who are the greatest inspirations within your life and how do you use these people/things to help you every day? 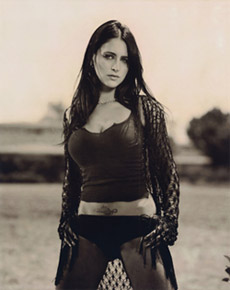 L] First I would have to say my mother because it’s all her fault I’m in this business. As far as true inspirations though, I would have to say the books I’ve read by Ayn Rand and William Somerset Maugham. Their stories have really shaped a lot of the decisions in my life.

S] Would it be fair to say that you are constantly working, and because of that you seem to get lots of attention, from a Yoko Ono lawsuit to beauty publications – how do you like to relax when you find the time?

L] Hopefully being a little easier than 2008. It wasn’t a bad year; just a hard one.

S] To what extent do your work as Lennon and in Devil’s Gift offer up contrasting sides to your personality, we know that you don’t do all the writing with DG – so how is the element of ‘release’ different with each project?

L] I actually feel like I get to release myself more. The Lennon stuff I am the only writer, so that can sometimes get a little overwhelming. As far as Devil’s Gift goes, I have the time to really concentrating on what I’m feeling. Got a lot of anger out on that album.

S] You have a very distinctive sound, we were told by KatieJane Garside (QueenAdreena) that she found her voice and confidence by screaming from a mountain top – can you remember how did you find your voice and style, was it fuelled by any kind of emotions at the time?

L] Pretty much by thinking I couldn’t scream. I was working with Jason Suecof and he wanted me to scream on some parts. I had no confidence that I could do so, but he was convinced I could. He kept pushing me, I’d get completely pissed off at myself, and then, shit there it was. I still don’t recognize myself sometimes when i hear those parts.

S] In what ways do the Lennon albums you have released chronicle your progression as a person and as much as you can examine how they had an impact for you?

L] They all have the stories of my life. A bunch of fucked up diaries in my mind.

S] Will we see another solo release in the future?

L] Actually we’re working on releasing a new solo record now. I worked on it last year after working on the Devil’s Gift record.

S] We know that Devil’s Gift is your ‘heavy’ material but how did it come about?

L] I had known Jason [Suecof] for years. I had always wanted to make a much heavier record since I first started, but never had the chance to write with the right people. Jason and I had some free time, and we figured what the hell. We really had no idea what we were going to make, but i think we’re both happy with how it came out.

S] When will you be working on new Devil’s Gift material and will we see the incorporation of the more melodic elements used within your work as Lennon, for example piano and electronic parts?

L] I have no idea. Things come when they come. Any new Devil’s Gift will more than likely not have piano or electronic parts. I like to keep the two projects separate. Jason and I have talked about going much heavier though.

For more information on Lennon, visit the band’s Myspace and website.

View the video for Brake Of Your Car:

For more information on Devil’s Gift visit the band’s Myspace.