With a new album in the works and a potential UK tour on the horizon we thought it would be a great time to catch up with iconic comedy-rockers the Bloodhound Gang for a quick chat. We managed to speak with bassist Evil Jared Hasselhoff about the new album, the UK, sexting and uh, Miley Cyrus… 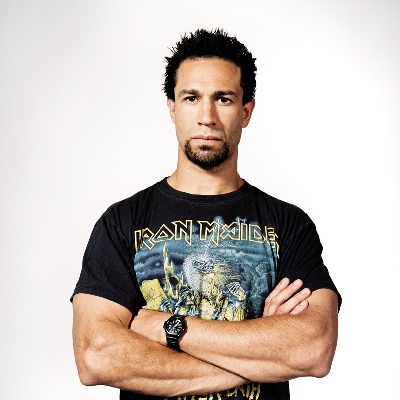 “I once had a terrible case of diarrhea…”

S] How’s the new album going – what are you calling it?

EJ] “The working title is ‘The Official Soundtrack to ‘Everybody Poops’ The Movie’, but that will probably change once we think up something stupider.”

S] How does it represent the growth and development of Bloodhound Gang sound in contrast to ‘Hefty Fine’?

EJ] “We each started the writing process for ‘Hefty Fine‘ with pretty much a full complement of brain cells, and it still came off as if it was written by 12-year-olds. I fear five years of alcohol and cough suppressant abuse may not affect our brains in a way that increases our songwriting abilities or maturity level.”

S] Is there a theme that runs through the album?

S] What are you most looking forward to about getting back out on the road, particularly in the UK?

EJ] “The chance to see how Katie Price’s rack is holding up.”

S] When are you planning on coming back over here?

EJ] “The minute you kick Madonna out.”

S] What’s the writing process like for the album – how has the band been working together on this new record – has it been different to the way you have worked previously?

EJ] “The writing process for our first three albums was pretty traditional, in that we would all get in a studio and work on various ideas. Just prior to the recording of ‘Hefty Fine‘ we came to the conclusion that we can’t stand each other, now we try to do as much collaboration as possible through phone calls, e-mail and mental telepathy.”

S] Is there a song on this new record that you are particularly proud of and why?

S] How has Daniel P. Carter settled into the band since his introduction last year?

EJ] “We’ve been forcibly gorging him with four meals a day of greasy McDonald’s fare in an attempt to super-size him into being indistinguishable from our last, bloated guitar player.”

S] How have you personally developed since you started working with Bloodhound Gang up until this point?

EJ] “When we started out I was just a garden-variety Satan worshipper, but I have since moved several rungs down the ladder of religion to openly embrace Scientology.”

S] What has been the defining moment of your career this far?

EJ] “I once had a terrible case of diarrhoea, which chose a rather inopportune moment in the midst of a live show to manifest itself. At one of the several times in the show that I drop my pants (usually to compensate for having forgotten the notes or having no witty banter to exchange), I felt a large amount of liquid seeping out of my knickers. I thought Jim (our singer) might find it interesting, and was going to show it to him, but he chose that moment to make some unsavoury comment regarding my ancestry, so I instead filled my hand and slapped him in the face with it.”

S] How has your opinion on the music industry (and your place within it) changed since you began making music?

EJ] “When we started in the industry we were being (understandably) humiliated in terms of public response, popularity and album and ticket sales by bands of (what I considered) incredible talent such as Nirvana, Sublime and Guns N’ Roses. We’re now getting our asses handed to us by such “talents” as Miley Cyrus, Justin Bieber and the Jonas Brothers.”

S] If you could listen to the new record with anyone over dinner – who would you pick and what would you feed them?

EJ] “I’d invite Billy Ray Cyrus over and serve him his own member, served up like a plate of bangers and mash. That would at least stop any more Miley Cyruses from being produced.”

S] In the event of a zombie apocalypse, what weapon would you use to defend yourself?