Zeromancer have evolved and progressed more than most industrial rock acts in recent years, their affecting mix of electronic sounds and hard-hitting drive has made them an internationally accessible act with a sonic delivery that defies genre classification. With their latest album ‘The Death Of Romance‘, the band take on the challenging themes of love and devotion in typically decadent and loud fashion. The Ladder‘s  Addz Milner chats to the band about their latest inspirations and plans for the future. 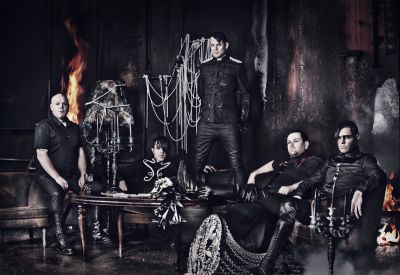 S] How has the sound of the band evolved since your last release ‘Sinners International’?

Alex] The making of ‘Sinners International‘ was such a huge inspiration to us. Finally we produced, recorded and mixed the album ourselves and we found the perfect way to work, both technically and creatively. With ‘The Death Of Romance‘ we continued and upgraded the workflow from ‘Sinners‘ and the result is fantastic. It’s a better sounding, exciting, intense and a very personal album. I’m proud! With Dan [Heide, guitar] and Lorry [Kristiansen, keys] onboard we’ve worked as a band 24/7. All five giving the best we have and, we inspire each other all the way. We are family now – you can’t beat that.

S] The title of the new album ‘The Death Of Romance’ is there a particular  concept behind that?

Kim] I always start with a title. This goes for any album as well as for a single track. I had this title in mind even before ‘Sinners International‘ was released. When I have the words in mind then I kind of can picture how it will be in the end. I came across a survey done on how long it takes before romance is dead after you marry. The general time for how long the romance last is measured to be is two years six months and 25 days. It’s kind of a surreal thing to measure but I found it extremely fascinating. I am, by the way getting married this summer. I have serious plans to not being one of these statistics!

S] Whats the writing process like in the world of Zeromancer? What things influence your tracks?

Alex] Kim is the band’s ‘mastermind’ regarding the song-writing. ‘The Death of Romance‘ is the first album Lorry and myself contributed to the writing process. Before this album, Kim did more or less all the song-writing. Kim is still the main writer though and I have the feeling that he got really inspired this time around.

S] It’s been no more than a year since ‘Sinners International‘ has the new album been the easiest for Zeromancer to write?

Kim] Releasing ‘Sinners International‘ was a real boost for Zeromancer and the feedback we got from the fans was overwhelming. They have had the patience and we felt we owed them to step up our game now and push ourselves to the limit. It was like we had knives pressed to our throats during this process. But in a weird way, it was voluntarily like that. And it really got us on to our feet and focused as hell. Plus we felt we needed this as a band. And we definitely had the energy and the motivation for it.

Lorry] One night, in a hotel room in Cologne together with Kim, he pulled out his pocket-sequencer. He played the first parts of ‘Virgin Ring’, and I flipped. Before I joined the band, I was a huge fan. And this little sequence had all the bits and pieces I loved about Zeromancer. Pouncing beats, all combined with emotional lyrics and fantastic melodies. I didn’t need to hear anything more to know that the snowball was rolling. 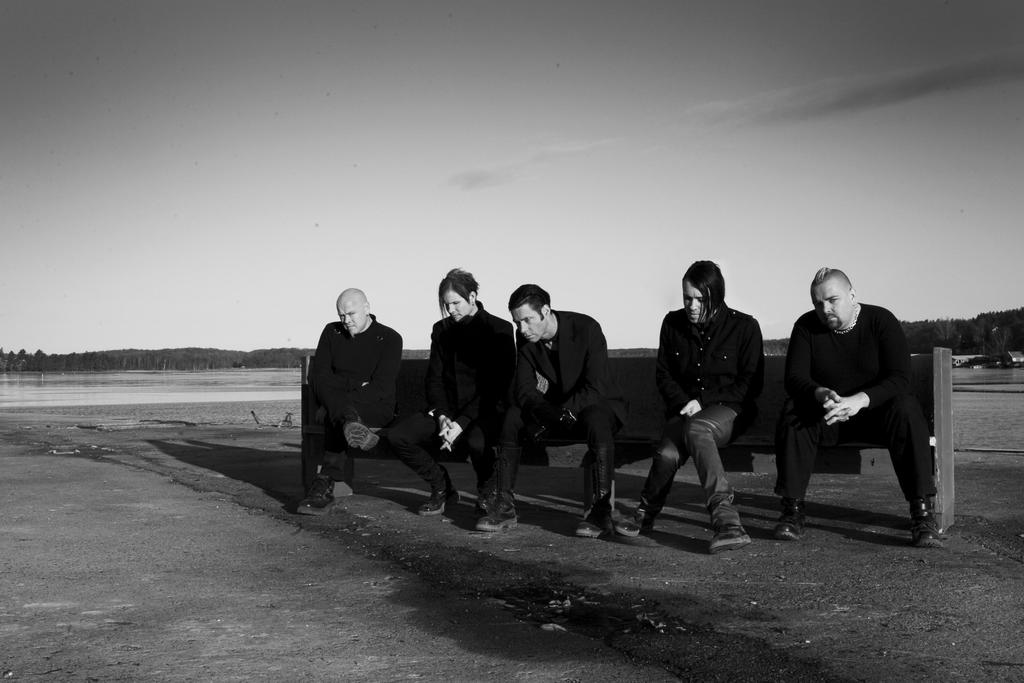 S] What are your favorite tracks on ‘The Death Of Romance’? – which ones are you really looking forward to performing live?

Alex] If you ask me, I’m really looking forward to try them all out live. We are rehearsing as we speak and we enjoy every second of it. It’s fucking intense and I need to work hard the next month to be able to give it a 120 per cent every single day on tour. I’ve got the taste of blood from my throat already, meaning that everything is as it should be [laughs].

S] ‘The Death Of Romance’ is the first album you have recorded, mixed and mastered in your own studio, did you find this to be a benefit having more time and creative freedom as opposed to working with hired studios on limited time and budget?

Alex] It’s actually the second. We recorded ‘Sinners‘ the same way. The difference is that ‘The Death of Romance‘ feels like a technical and creative upgrade since the making of ‘Sinners‘. We always wanted to do the whole thing by ourselves and on ‘The Death of Romance‘, you do hear the positive development of the band during 2009.

S] A year on now from moving from WEA/Warner to Trisol Records have you found that the transition from major to indie label has been the best thing for Zeromancer?

Alex] Hell yeah. Much better. We had some good years with Warner, but it was an unexpected surprise for us to move to Trisol. We communicate really well and we have the ‘no bullshit’ mentality. It’s easy to make decisions and we have the same visions for the future – in other words, we have fun.

S] From March 5 onwards, you’ll be starting a tour around Europe but are there any plans to make your way back over to the UK soon?

Alex] Oh, we had a blast last year in the UK. Nothing is confirmed, but I would love to get back as soon as possible.

S] On a personal note as a fellow musician Zeromancer has been a huge influence to me, any words of wisdom for the next generation of musicians?

Alex] Never forget why you started playing music in the first place. Have fun and work hard. Do not expect anything from anyone other than yourself. If you ever ‘make it’ never change. Last but not least – it’s music, not a bloody competition. Have fun and enjoy every second of it.

S] Are there any exciting things in store for the fans in the near future?

Alex] Well there might be something special for our hardcore fans this spring. We call it a treat, others call it an EP.