SPHERE’s Claire McAteer took some time out to chat with kaRIN and Statik of LA-based Industrial rock outfit Collide. The two-piece eagerly discussed starting out in the industry, touring and being big in the vampire world… 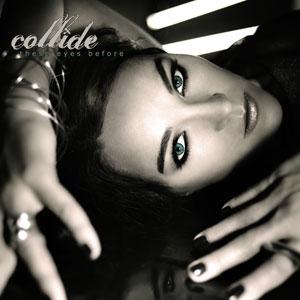 S] You have your own recording label, enabling you to work without external, corporate control over your work. Would you encourage all artists to do this, or do you think the major labels still have a part to play in the music industry?

KaRIN] Yes, I would definitely encourage other artists to do the same and take control over their music. Since we first began our own record label things have changed so much that with the internet it is now possible to do it all yourself. These days a record company will barely sign you unless you prove that you can do it yourself and by the time you have figured out how to do it yourself then you don’t need them.

Statik] Well, I’d definitely recommend it to bands that are starting out. The problem is that doing stuff on your own, you’re probably never going to sell a million copies. You’d be doing very well to sell over 10,000. But then, that would be a disappointment for a record company, but for a band releasing stuff on your own, that would be more than enough to start making money. The problem is, is that most bands starting out are lucky to sell 100 records. There’s no easy answer.

S] In your blog last year, you encouraged your American fans to be politically involved by voting in the election. Do you think you’d ever use the creative process to express political opinion? 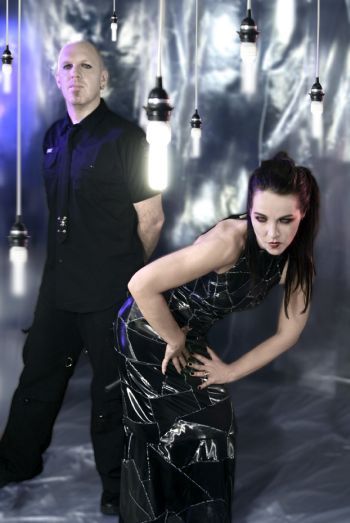 KaRIN] I don’t really want to tell people what to think most of the time.  I do want to tell them to think and to realise that their actions and thoughts matter and that every moment affects the next. I am saddened when the world takes steps backwards, like with Women’s rights and Gay rights. To me it seems crazy that these things are in debate, it seems like the dark ages. I guess when stuff like that comes up, then I have to say things.  Sometimes the media here drives me nuts too. They build on fear and sensationalism with little regard for the news.

Statik] When Bush got elected for a second time, I just couldn’t believe it. There are just a lot of very conservative people in America that got scared and made that happen. I’ll take things one political issue at a time. If I think it will help, sure I’ll make my opinion known.

S] Much of your work has an ethereal, almost meditative quality. How important is spirituality in what you do?

KaRIN] Although I have no formal religion, I am a very spiritual person and believe that you create the world around you.

Statik] I don’t think of myself as being spiritual.  Spirituality to me, brings up a religious connotation.  For me, music is just about a feeling and being immersed in the music.

S] Your photo shoots and videos are always highly visually imaginative. How important are aesthetics to you, and which visual artists inspire you?

kaRIN] Everything about art and visuals are important to me. In photo shoots I just try to have a concept and surround myself with other talented creative beings. I would love to just let go and let it be someone else’s vision and I could just show up…but I have not got to that point yet. Statik and I can both be control freaks.

S] Speaking of influences, what are your favourite works within film and literature?

kaRIN] Really, as an artist I am always absorbing with the goal of inspiring my own artistic endeavours. So my favourite types of film and literature are ones that have something in them that I find inspiring that I can bring back to my own art. I am very visual, often when I am watching a film I realise I am not paying as much attention to the actual film, but instead I am designing in my head or writing, basically I’m having a creative day dream. I have not read too much for pleasure lately, my reading has become about how to make things or Photoshop. I feel I am so limited on time that there is just not enough time in a day to do all the things that I would want to do.

Statik] For film, I have very “guy” tastes.  It’s all about science fiction, adventure, aliens and zombies. For reading, my favourite things are Michael Crichton books, where it’s fiction, but based on science or futuristic stuff.

S] Your cover of White Rabbit is on the soundtrack to ‘Resident Evil: Extinction’, and ‘Head Spin’ is on the NCIS soundtrack, after being played in Abby’s lab on the show. Is it important that you approve of a film or TV show before you let them use your work, or would you let it be used in a context that wasn’t to your own taste as a way of reaching out to a potential new audience?

kaRIN] That’s a very good question and I have asked myself that many times as there are definitely some things that I am opposed to and would not want to be affiliated with.  There was definitely a point where I had to decide to separate the song from the context.  Regardless of where the music is being used, the music stands on its own with the integrity that it was originally written with. I can’t tell you how many student vampire films our music has been used in, we’ve lost count. We must be big in the vampire world.

Statik] Nowadays, it’s just so tough to make a living doing music, it’s really hard to turn down anything.  I suppose it could happen where we were just really opposed to something in a film, but it hasn’t happened for a while. Vampires are our friends.

S] What’s your opinion on recent findings that people who download pirated music tend to also buy more music than other people? Do you think people should use the internet to “try before they buy” or is this a process that you would like the see stopped entirely?

kaRIN] If that was actually the truth, that it stimulated more music buying, no one would have an issue with downloading music. The fact is right now that the music industry is in a lot of trouble, which is bad news for a lot of artists and people who want new music. Basically, buying a CD is like donating to the artist so that they can continue to make music. If you like the music, be respectful and give back.

Statik] Yes, I’m afraid I’m not buying that argument. I think it must have been a study funded by The Pirate Bay. I don’t think you can look at the percentage of music sales going down year-after-year as a random fact. Most artists now have previews for a good chunk of songs before you buy, so do that if you want. I just don’t see people downloading something from file-sharing and going…’you know, I only kind of like this album, I’m deleting it from my hard drive’ or, ‘I only like one song on this album, I’m going to delete the rest and then I’m going to go out and only buy the one song that I like, that I already have.’

S] Many bands generate extra revenue through touring, and I know you’ve many fans in Europe who’d love to see you perform live. Do you see yourselves ever taking a long enough break from being a “studio band” to grace some stages in this part of the world and expand your fan base?

kaRIN] The possibility is open…it would just have to be the right situation.

Statik] Many bands use up a lot of time and money to tour in really clubs too. At the end of the day or a year has gone by, and they’ve lost a year of time, in what could have gone into making more music. I’m not saying it’s not possible, but the right situation just hasn’t happened for us. It always seems like it would take too much time, and we’d lose too much money. Keep in mind that it’s not just the touring time, it’s the rehearsing time and the pre-production time. There’s also re-arranging songs for a live venue, in the end it’s all about the time. After we did ‘Like The Hunted‘, we were open to doing more shows and had three different people try to book a U.S. tour for us, and none of them could get it together. I’ve just made up my mind that I won’t book a tour for us. There’s just too many details that I don’t want to deal with like the driving, schedule, club promoters and more. I could go on, but I’ll just stop now.

S] For those of us who’ve never seen you live, we at least have your aforementioned DVD, ‘Like The Hunted’. Do you think you’ll release any more DVDs featuring your new material?

kaRIN] That possibility is also open.

Statik] I think that was a big undertaking too. I think it took me the better part of a year to edit all of the different video, and music.  Again, if we make another DVD, then less music will happen. I won’t say it will not happen though, because I really did like how the whole thing came out.

S] Finally, will there be any more Secret Meeting albums, and do you think we’ll ever see you under yet a different name, doing other collaborations in the future?

kaRIN] We hope for another Secret Meeting but who knows, Dean (Garcia) was so great to work with and is such a talented guy, it was really an honour and a pleasure. I love what came out on The Secret Meeting, it feels like the secret love child on vacation. Both Statik and I are open to different collaborations if the right situations come along. We both have broad musical tastes and like anything good.

Check out the video for ‘Razor Sharp’ below: