Fear Factory are without question one of the most prolific crossover bands on the planet, having just return from a five-year hiatus the iconic four-piece are back with their powerhouse of a seventh album, ‘Mechanize’. SPHERE’s Dan Buckley chats with Fear Factory guitarist Dino Cazares about life on the road, writing and returning to the spotlight at the forefront of the metal scene. 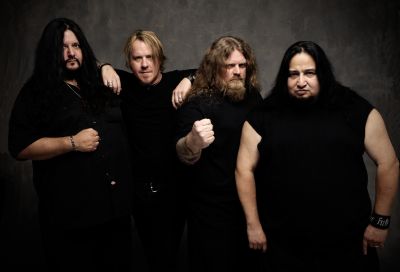 S] So how does it feel to be back with Fear Factory?

S] How has it been working with the new members?

D] Very, very easy; very fun and very cool. Byron [Stroud – bass] and Gene [Hoglan – drums] are great guys to get along with and great musicians. Jamming with them is definitely a treat every time we get together and play. I’m really keen to be playing with Burton [C.Bell – vocals] again – I’m very happy that our two styles will be able to come together again to create a great record.

S] How would you describe the new album – ‘Mechanize’ – to someone who hasn’t heard it yet?

D] It’s very powerful, very aggressive, very in-your-face. Burton sounds pi**ed-off; you can hear the emotion in his voice whether it’s angry or a melodic section you can really hear it. Musically, you’ll hear that we sound like a young, hungry band again. I think that’s the culmination of all of us playing together – there’s great chemistry and you hear that great chemistry on the album. It makes for a very aggressive yet very intelligent and well put-together album.

S] Do you think that having time away from Fear Factory meant that you needed to come back and do something extra special? 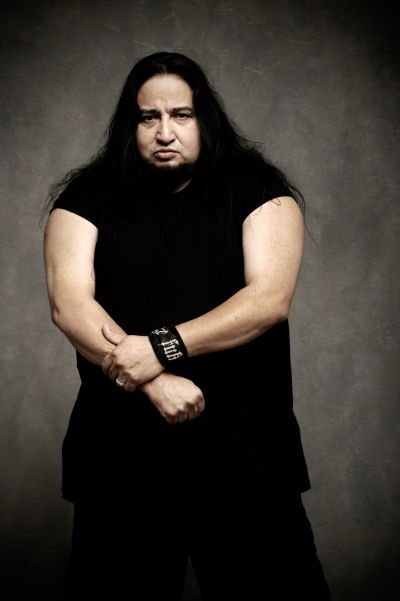 D] Yes and no – having time away from Fear Factory helped me explore other things that I wanted to do but being able to come back into the band and how exciting it is to be back in the band definitely shows on the album.

S] The electronic elements are much more prominent on the new album than they were on the last two – was this a conscious decision you made when you started writing?

D] It was definitely a conscious decision. It was mainly more of Burton‘s idea – he wanted to bring those elements back into Fear Factory and take them a little over the top compared to how they were before. He felt that on the last two records – the ones that I wasn’t on – that a lot of that stuff was missing so he wanted to bring it back on this and of course, we chose Rhys Fulber to co-produce with the band and help out with samples and do all that stuff.

S] How much input do you guys have on the overall sound of the record?

D] Well… it’s us! (laughs) Rhys Fulber co-produced the album with me and Burton so we had a lot to do with it. Rhys is like that fifth member – a guy that we trust, a guy that understands how the band should sound, what we like. It’s a team.

S] Are the electronics added during the writing process or are they added by Rhys afterwards?

D] From the beginning until the end you’re constantly writing until it’s actually pressed onto CD. We do pre-production, we go and record demos and Rhys would have those demos and he would then do his stuff on it and from there we’d get rough ideas out and we’d go to the studio and record it, once that’s done then we are able to add to it.

S] So you’re constantly playing off each other as the songs are being written?

S] You’ve recently returned from playing some shows – what has the fan reaction been like?

D] We toured South America and we’ve just got back from Australia a couple of weeks ago and the reaction has been outstanding, no, it’s been amazing. No-one has told me that this is a horrible record, no-one has even asked me about the other two guys! (laughs) I’d say it’s been 99 per cent positive and it feels really good.

S] Have you had any thoughts about releasing another remix album like ‘Remanufacture’?

D] We were talking about it but we don’t know yet – we’re going to wait to see how this record goes. So we’re waiting to see how things go along and possibly there will be some stuff.

S] You’ve cited mainly metal bands as your main influences; do you listen to much from the industrial or electronic side of things?

D] Oh yeah, I listen to a lot of that kind of music. Of course my heart is f***ing metal but I’m also a very open-minded musician and I like to listen to different types of music. Back in the early nineties you had a lot of industrial bands coming out – not necessarily industrial metal but industrial bands and that was when me and Burton were living with each other and he introduced me to a lot of industrial sounds. We both grew a liking for and respected each other’s tastes. We knew that we both had creative minds and putting two together – two different guys from two different worlds – was basically what created Fear Factory.

S] You are currently on the road – do you guys party much when you’re on tour?

D] Yeah when we can. We can’t do it every night because obviously we’d be pretty run down but, whenever we can – if we have a few days off – we party like crazy. When we were in Australia we had a lot of days off in between shows so, we were able to let loose and get pretty wasted.

S] If you had to pick three bands that have ever existed to go on tour with, which three would you pick?

D] Well, number one would be Faith No More. We’ve never toured with them and I think they’re one of the great ground-breaking bands. Another band would be AC/DC – one of my all-time favorite bands. I would love to open up for AC/DC. And the third is the tough one – I’d probably open up for Ministry. I know most typical metal bands would say Metallica or Slayer, something like that but I mean, AC/DC, come on! Who wouldn’t want to open up for f***ing AC/DC?!

S] What advice would you give to someone who has just started playing music?

D] I would be like, obviously don’t forget your roots, don’t forget where you came from and the reason why you want to play music. Don’t give up – if this is what you believe in and the kind of industry you want to believe in, don’t give up. It’s a rough industry to get in to – if you’re aiming to make money, good luck. Once you start a band, find musicians that you get along with and once you do that hire a good lawyer and you’re on your way! (laughs). 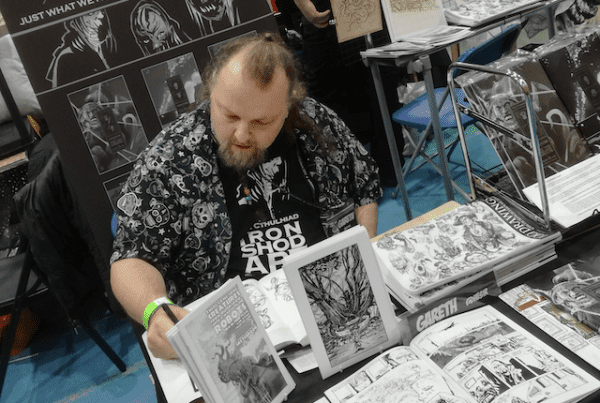 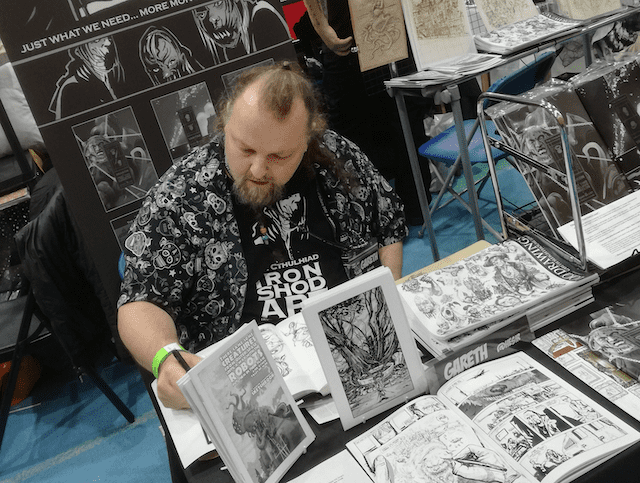 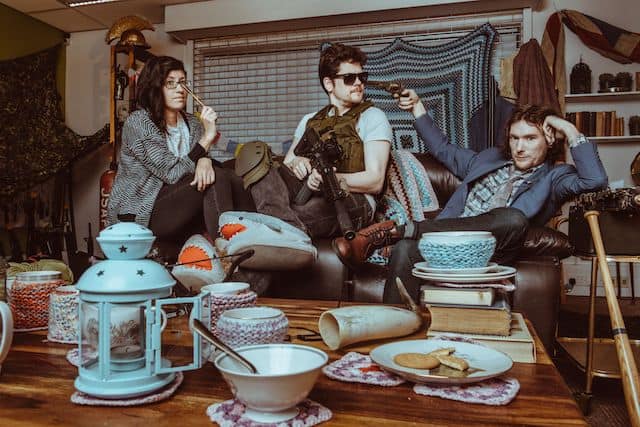