Recently we had the priviledge of chatting with the Industrial music legend and Filter frontman Richard Patrick about new material and plans for 2009, here’s how it went down… 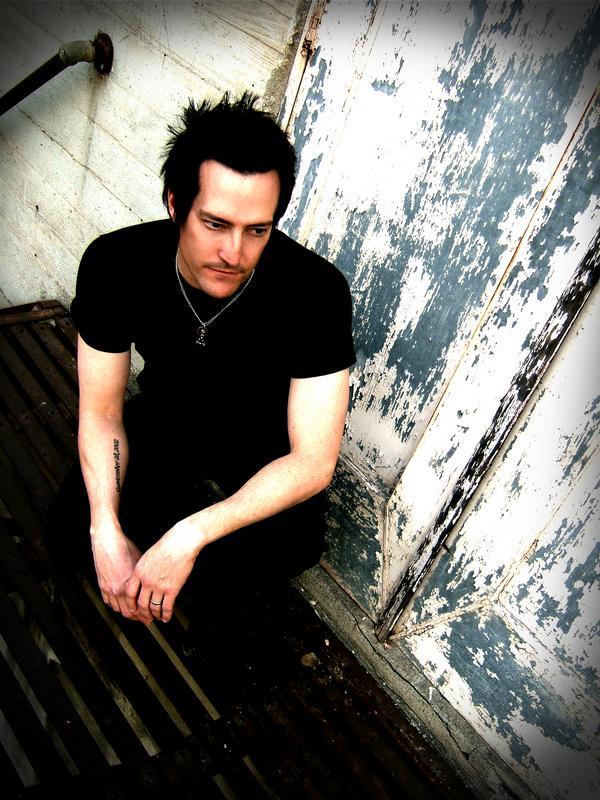 S] You’ve said that your new material is going to be more heavily industrial, with more electronic elements – what has influenced this move?

RP] We went on tour and got up close and personal with our audience again. When it came to the shows, the heavy stuff just felt great, so why not make it darker. It’s where I started and I want to go back.

S] Do you have an opinion about the contemporary Industrial scene, there are some interesting bands fusing electronics and rock music nowadays?

RP] I’m in to the classics myself. I dusted off some Skinny Puppy and was completely amazed how into it I got again.

S] Obviously the direction of Anthems For The Damned was heavily influenced by the war, can you explain if the themes on the follow-up that you are currently working on will be as blatant – Will you be tackling subjects close to you for example environmentalism?

RP] I have really been thinking about my darkest hours as a man and trying to pull from that into what I’m writing about. I think this will be a very introspective but universal album. Everybody goes through tough times.

S] You had to cancel your UK tour recently, when will you be back this year and what do you enjoy about playing to crowds over here as you are known for your participation in live shows?

RP] Unfortunately our tour with P.O.D. was canceled because of P.O.D. But everything happens for a reason, and now we are coming over in April with Papa Roach. European crowds are the best. They really give it their all and me and band feed upon that.

S] You allowed some interesting people to do work on the remix album including Clayton Worbeck, and members of the Filter fold; will there be any guest spots on the new album?

RP] Right now the album is in the early stages and John 5, Mitchell Marlow, John Spiker and Rae DiLeo have all contributed. We’ll see who else participates. In the meantime, we have a greatest hits album called The Very Best Things 1995-2008 coming out next month.

S] You have mentioned before that you are lucky to have inspired people with your songs and your personal experiences, ‘Soldiers of Misfortune’ is a prime example and ‘Where Do We Go’ and ‘Cancer’ have inspired us for different reasons…Can you tell us which songs you are most looking forward to unleashing from the next record?

RP] We have a song called Drug Boy. It’s the heaviest thing I’ve written in a while. I also love a new song called Tried to Trust. It’s about betrayal.

S] You have a very positive outlook on life, you have obviously been through a lot and you are a huge inspiration to musicians and non-musicians alike – a lot of musicians turn to drugs and alcohol because they don’t make it to your level, and a lot of non-musicians may do the same because their dreams seem so out of reach – what advice do you have for these people perhaps based on your experiences?

RP] Drugs worked for me for a long while then they didn’t. I’ve learned that the best way to live life is to stay away from drugs.

S] You may be releasing another live DVD soon and you have said that you wish to take a camera to Iraq at some point – will you ever venture into film-making or create a complete soundtrack for film?

RP] Yes. I am really looking forward to getting more involved in film and film music. We just got back from touring Iraq, and we filmed a bunch of what we did in country.

S] You seem to have a love/hate relationship with the internet, yet you have found some interesting ways to promote the band (and your beliefs) using the medium, particularly Operation MySpace – are there plans for Filter to use the net in any new ways this year?

RP] I love the net…and I love its reach. It’s just some faceless anonymous cowards who play on the net that bother me from time to time.

S] You have un-released material written with John 5, Wes Borland and Josh Freese, not to mention the stuff you recorded with The Damning Well – would you LIKE that to see the light of day ever?

RP] Sure. There are no plans for that stuff to come out but I’d love to see it released some day.

S] Musically, you have the inspiring Filter legacy; you have your break with NIN and album with Army of Anyone. Personally, you are dedicated to your family and a powerful set of beliefs. Filter and Richard Patrick will always inspire conversation, and at times controversy – How would you personally, like to be remembered?

Check out the video for ‘Soldiers Of Misfortune’ below: