Imperative Reaction have been a household name on the international Industrial scene since the project was formed by Ted Phelps in the mid-90s. The music blends cold electronic elements with raw emotion and pounding beats for a truly powerful effect. We spoke with Ted along with the band’s live synth player Clint Carney recently, we discussed the state of the international Industrial scene and the group’s future plans. 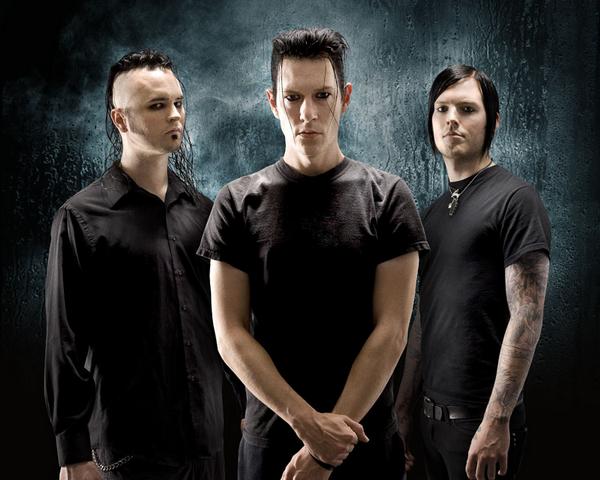 
S] You have had some really positive reactions in Europe, can you tell us whether you plan to tour in the near future?

Ted] We are definitely looking into touring Europe in the next year. We had a great time there with VNV Nation in ’07.

S] What do you think of the contemporary Industrial music scene?

Ted] I think too much of it sounds the same. Though there are always exceptions, I think that though there are a few bands in this scene that are truly distinguishable from the rest, not enough bands are willing to risk defining their own sounds. When I first got into Industrial music, everything from Front 242 to My Life With The Thrill Kill Kult was well within the parameters of the genre. Now, sub-genres of sub-genres are created to define almost non-existent differences between bands.

Ted] We will finally be releasing a single and remix EP this year. There are plans for a tour here in the US as well. I estimate the next full length album will be out in the first few months of 2010.

S] We know the lyrics are written based around personal experiences – what kind of personal themes will you be drawing from on any new material?

Ted] I like to kind of blend my personal experiences and views with experiences and issues affecting society in the songs. I think it’s safe to assume I will continue doing that on the next album. A lot of the lyrics on ‘Minus All’ dealt with things going on in my life as I was writing the album. I initially had a slightly different concept in mind for that album but current events at the time changed that. That tends to happen with me a lot of the time so we’ll see what happens over the next year.

S] How are you looking to move forward from the dark and aggressive ideas on ‘Minus All’ or are you still in a similar mindset now given the negative mood the world is rooted in right now?

Ted] Though I’m in a similar state of mind, the music I have written for the next album, while still aggressive, is “catchier” than the music on ‘Minus All’. I think that is probably our darkest album to date. It wasn’t planned that way, it just happened. I think it’s important though to continue moving forward. Ironically, I would say the new songs currently sound like the next logical progression from ‘As We Fall’ without sounding like a rehash of that album.

S] Obviously as a band you are very close – can you tell us about one of the greatest experiences you have had whilst touring?

Ted] It’s hard to really name one experience as the greatest as there have been a few. One that comes to mind right away was the tour we did with VNV Nation in 2005 here in the US. I think that was the first time we finally “got it” as a band. The things we experienced on that tour enabled us to see this whole thing in a different light and as a result, we really started focusing on building the band up in ways we hadn’t thought of before. Tours, while fun, are a lot of work which is why I prefer to maintain friendships with the people I work with. If the band just consisted of hired musicians, I don’t think touring would be as positive an experience for me.

S] We spoke to Acey Slade recently and he said he was doing some guitars for you, dare we say it… are you heading in a more “rock” orientated direction and going back to your roots?

Ted] Yeah Acey recorded some guitars for a single we are planning. I don’t want to make any grandiose statements about a new direction or anything just yet though. I have never had the disdain for guitars that a lot of people I know in this scene do. With that said though, I don’t see us becoming a rock band. Since ‘Ruined’, I’ve described IR as an electronic rock band. I am a fan of many types of rock music so it’s natural for that to show up in our music from time to time. So far, I am really enjoying the work he did. We’ll see where it goes from here. I will say that it’s awesome to get to work with a guy like Acey. He’s completely down to earth and totally professional.

S] You respect other bands in the scene, and you speak openly about your admiration for acts like Babyland and your links with AFI – have you talked about a possible collaboration with any bands in the near future?

Ted] I do love those bands and count them both as personal friends so, you never know. I would jump at the opportunity to work with either of them. There will be an IR remix of a Babyland track as well as a Babyland remix of one of our tracks in the future which I am definitely looking forward to.

S] For Clint – since you write the music for both Imperative Reaction and your own project System Syn, how is your mindset different, if it is at all, when you work on the different sounds?

Clint] Ted actually writes all of the music for IR. I act in more of an engineer capacity on the tracks that I have worked on. Mostly though, I’m just a live synth player and back-up vocalist for the band. On System Syn though, I write all of the music. Ted produced the albums ‘Premeditated’ and ‘Postscript,’ and he has also mastered the last four System Syn albums.

S] Imperative Reaction – how will the world end?

Ted] I think we’ll eventually consume ourselves to death. The world though, will continue on long after we die off. 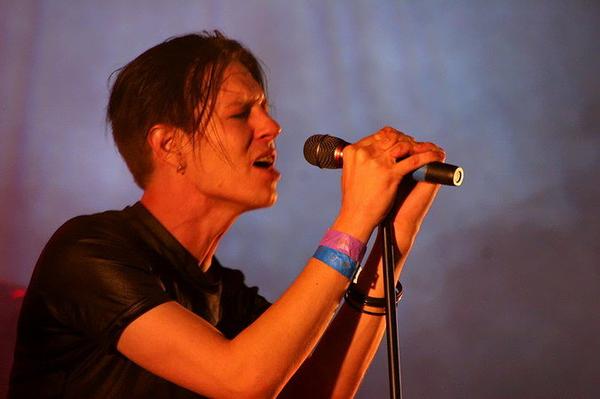