Sean Beavan is a name that is synonymous with great alternative records. He mixed Nine Inch Nails’ The Downward Spiral and produced Marilyn Manson’s Antichrist Superstar album. Along with his work on the latest Manson record, Sean has worked on Guns N’ Roses ‘Chinese Democracy’ album as an engineer and producer, and with artists including Slayer and No Doubt. We chat with Sean to discuss his career and playing his own band 8MM. 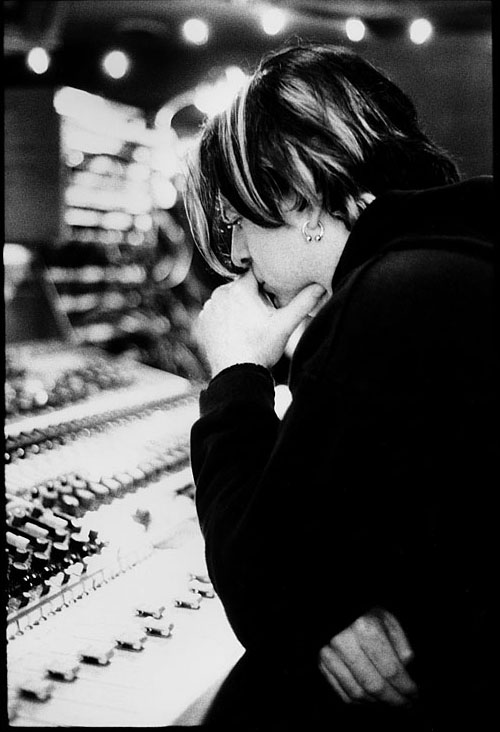 S] What keeps you passionate about Industrial and Alternative music now in 2009?

SB] I have always been passionate about making music. I enjoy making it even more than I enjoy listening to it. There are only 11 notes but there is no end to the emotions they can convey.

S] You seem to maintain a great relationship with those that you work with – particularly Nine Inch Nails and Marilyn Manson – how do you feel your relationship has developed with these artists since you began working with them and, is a good personal relationship essential when you are engineering, producing or mixing a record?

SB] I did work with Nine Inch Nails for a long time and I have worked with Manson off and on for even longer. Manson and I have always loved the same music and have been constantly inspired by each other. I don’t think it is necessary to have a good personal relationship to do great work though. Sometimes antagonism can produce intense results, though it usually doesn’t lead to a long working relationship. I am lucky enough to have a warm and rewarding personal relationship with Manson. I consider him one of my favorite people. Our relationship has remained relatively the same over the years. Manson has a great idea and relies on me to come up with ways to bring it to fruition. You don’t fix what isn’t broken. I think this is why Manson calls me in time and again.

S] You are currently working on the new Marilyn Manson record [‘The High End Of The Low’] as a mixer – how are you approaching the songs and what do you look for – can you tell us how you are approaching a specific track to create a “balanced picture of the song”?

SB] With Manson I always have to look at the lyrics and what he is trying to convey in the song and in the scope of the record. Each song has to have motifs that relate to each other and one has to be aware of these themes and to subtly connect them. Whether it’s the way a keyboard comes in at the end of a song echoing or a vocal melody in another, or how we juxtapose a noise laden sonic wall with a bluesy acoustic vibe. All the choices need to lead the listener to what Manson wants them to feel. We spend so much time in the building of the songs that they do practically mix themselves and by the time we get to mixing I am really mainly doing the business of critical listening: making sure that things don’t get in the way of each other and hyping what is going to make the most impact and support the song.

S] You could be a great inspiration to others who would like to get into mixing and production, how did you get started and more importantly what do you need in terms of skill – is it as daunting as it sounds to get started?

SB] It is indeed daunting, but I believed in myself and loved what I was doing so I don’t think I realised what an impossible shot-in-the dark it was. The most important thing is to listen to the music that inspires you and makes you feel. I mean to what it is that you love about it and figure out why it works. When mixing, remember to listen to how the individual tracks relate to the other tracks. Don’t always listen to figure out what is wrong with them. listen to what is good and a try to make it larger than the speakers you are listening through. That will always bring greater rewards than trying to fix stuff, than always looking for mistakes, or blaming the engineer for making a mess for you to clean up. You are there to make it the best it can be and if you listen closely with an open ear for art you will see the beauty in the stone.

S] We are curious, you are trained in psychology and worked with mental patients previously, as much as you can will you tell us an instance within your career where you have been able to use the skills that you have learned?

SB] I think that having knowledge of what motivates people and how it relates to personality is essential to helping an artist bring his work to fruition. If you have no capacity for empathy you have no business being in the field. A producer/mixer who can’t put himself into the shoes of his artist is going to make the same record over and over again. Now that may lead to commercial success, but it is not what I would consider success.

This ability to step into the lives of artists and see through their eyes has really enriched my own. Each project is like reading a great novel and living a new and interesting life. Relating any specific instances would really seem like a violation of trust: like opening up someones diary and reading it out loud. Sometimes I do consider myself a beneficent Machiavellian, manipulating people to get the best out of them or to get them to go beyond themselves to reach for what they can be. It is one of the most rewarding aspects of the job.

S] Tell us how the process is different working on your own band 8MM rather than working on other artists records – is the pressure taken off to a degree – or, as we suspect do you pile the pressure on yourself more as you are performing and co-writing with your wife?

SB] Yes the pressures are much greater but the rewards are so different that it is a righteous trade-off. When I make records with other artists I am essentially making their record. I look at myself as a conduit or taste filter for their energies and a sounding board for their ideas. With 8MM [Sean plays guitar] I am the energy and the idea and I get to bounce those off of my wife who acts as the sounding board or perhaps more accurately the springboard.

S] Is there a record that you can listen to in recent memory where you are able to separate yourself and listen to it for inspiration and impact without “picking holes” in the production of it? 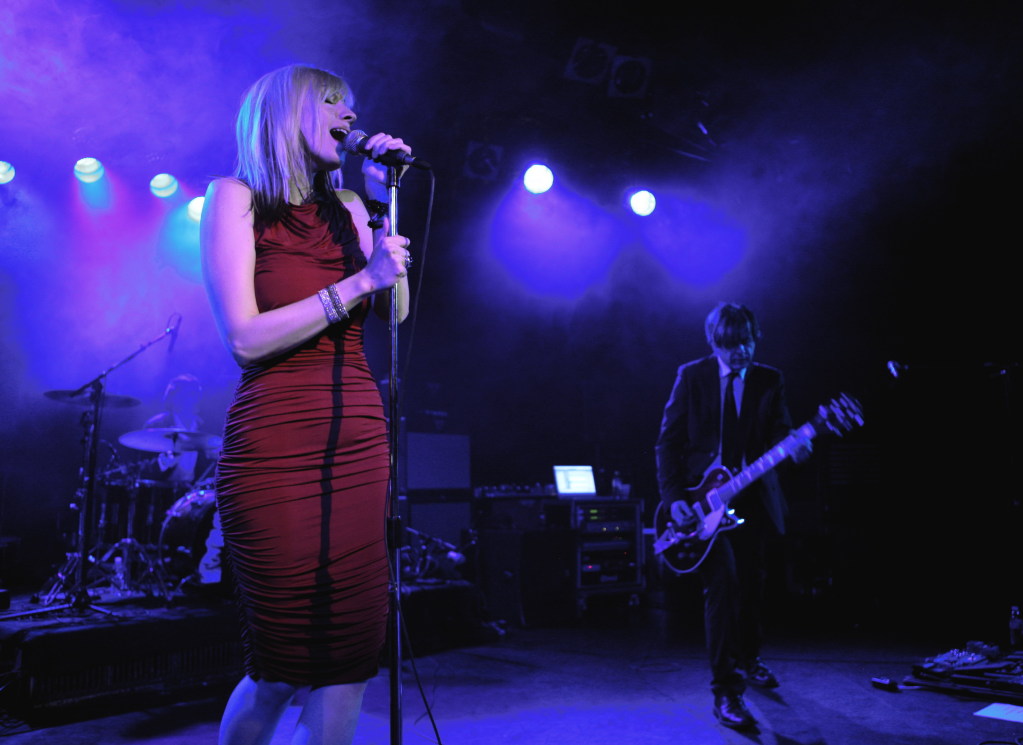 SB] Tiger Lou’s ‘A Partial Print’ is a record that I mixed but still listen to for inspiration in harmony and chord progressions. It’s just beautiful!

S] You produced Guns and Roses latest album ‘Chinese Democracy’, and you also produced for Kill Hannah’s ‘For Never and Ever’ – can you tell us how your mind-set is different when approaching both of these albums as an example?

SB] When working with a well established band like GNR you always have to keep fan expectations in mind and have a respect for what made them great and make sure you don’t ignore those things when making production and arrangement decisions. A band like GNR has a volatility and dangerousness to it and it is important that you feel that when you listen to the tracks. When working with a brand new band like I was when I worked on Kill Hannah’s first record ‘For Never And Ever’, you have to find what it is that inpires you about the band and use those things to establish an identity that you think will place their uniqueness to the forefront and create a memorable brand for the listener. Kill Hannah had a great two guitar interplay which creates an dark and moody texture which serves as a great juxtaposition to Matt Devine‘s pop melodies and heart wrenchingly personal lyrics about mistfits and the disenfranchised.

S] Can you give us an example of how you work differently on a more electronic record than you do on a heavier rock-based one?

SB] Each requires different kinds of frequency ranges for the basic instruments.  Indie rock records require kick drums with less attack and more whump basses with more of a midrange noise and a warmer harmonic character and guitars with the microphones positioned off axis to take the edge off of them and opened up the middle.

Hard rock records require a whole lot of transient and sub to the kick, a lot of low end and fret noise to the bass, and the guitars are recorded with the microphones straight on so you get all the bite and edge and low end. Electronic records use less harmonically active distorted guitars than rock records so that opens up a whole lot more space in the middle of the mix for the drums to take up those textures. the hardest thing is to successfully merge the two. You have to pay a lot off attention to how each instrument competes for space in the mix. Of course, doing that always makes for better mixes.

S] Can you tell us about two acts that you are most excited to be working with and for in 2009 and why?

SB] I am always excited to work and each project has it’s own special gifts that it brings. I am always the most excited to learn new ways to listen and discover new tricks to make what I hear in my head become reality, and be able to continue on this adventure called life.

For more information visit Sean’s Myspace and the 8MM website.

Check out 8MM’s video for ‘Give It Up’ below: