Seether are one of the most prolific and successful alternative rock acts in recent memory. We were lucky enough to catch up with bassist Dale Stewart to talk about the inspirations behind some of the band’s best work, and also what the future holds for the globe-trotting band. 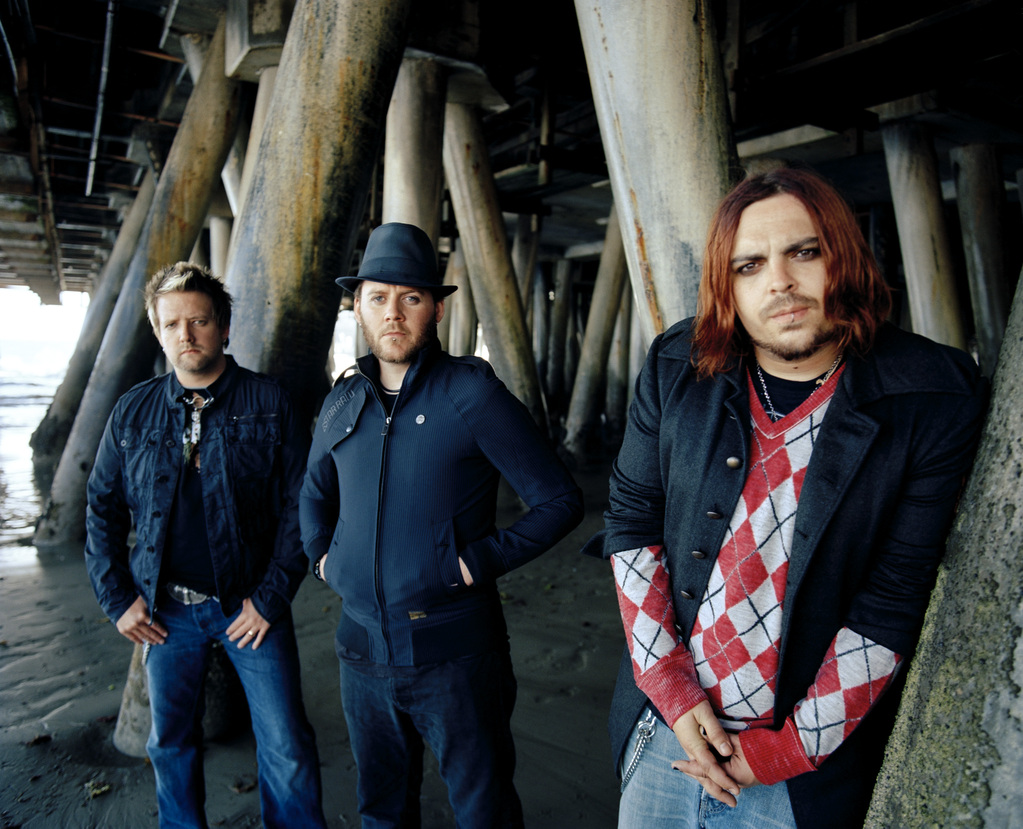 S] You all work on songs together so where were you when you wrote the song ‘Fine Again’ and can you tell us about the last few minutes before you put pen to paper – what were you thinking?

D] I don’t think there was ever any question on our commitment to the band. If anything I think the music was the light at the end of the tunnel for us. We were doing our first album in South Africa and had written a whole bunch of songs but still hadn’t convinced our record label that we were ready to start recording. They wanted a first single and didn’t think we had it. We were pretty frustrated and pretty much just went straight into our band room and five minutes later there was Fine Again. It was really organic, it just kind of happened. Those are usually my favourite kinds of songs.

S] Where is band’s favourite place to write and why?

D] It depends on the situation. We have written in all sorts of places even in sound checks before shows. These days with the convenience of the internet it allows us to be at our respective homes and send ideas to each other and even play on songs and send them back. That I would say has made it easier for all of us.

S] The band’s music is an inspiration to many, can you tell us (in as much detail as you are willing) about the group’s darkest period as a collective and how you came through it – what gave you the strength?

D] Toward the end of the touring cycle on our last album we were all feeling pretty burnt out. We’d been going for so long, working so hard without taking any time for ourselves and it nearly tore the band apart. We had a member leave and we all had physical and personal problems to take care of, so we pretty much took a year off to find ourselves.

S] You have toured in support of some great band’s and you have said previously that you have made a personal connection with some – what was the best bit of advice you ever received when you started out, and how has that translated to right now in 2009?

D] I guess the best advice would be ‘don’t trust anybody’. The music business is a nasty one and the longer you’re around it the more you come to realize it. I guess at this point in our careers we have learned a lot and are more aware of what’s going on. I feel we have surrounded ourselves with people we feel we can trust.

S] How do you feel about alternative rock as a genre nowadays, it could certainly be argued that your music (along with the likes of Three Days Grace and Chevelle) convey real emotion using heavy music in a way that is unrivalled by any form of metal genre?

D] I feel that our genre is more about life and dealing with it. Other genres might be more about aggression or maybe just having a good time. Not to say our music is morbid but I think it’s honest. It draws on life experience and I think it takes a lot for someone to give you a window into their soul.

S] We have heard it said that your songs musically or lyrically are great for all kinds of emotions (Fake It) for anger and (Remedy) for determination are good examples – what were the last songs to make you feel determined, angry and happy?

D] I really liked Sex On Fire by Kings of Leon, It felt pretty inspiring to hear such a great catchy song put together with basically two chords. Psychosocial by Slipknot made me feel angry, what a great song. It strangely made me happy too… I have problems.

S] On that note given your vast range of influences and styles, what inspired the ‘Careless Whisper’ cover of Barry Manilow – what made you think to “take on” that song originally?

D] We were approached to do a Valentines day song for ITunes. They told us we could do what ever we wanted so we decided to not take it too seriously. Shaun and I had had a running joke with the song for quite some time and thought it would be funny. We had a day off in NYC and went into a studio and hammered it out. We were pretty pleasantly surprised at how well it translated into a rock song.

S] Are you currently working on new material and what direction are you taking in contrast to the very aggressive and introspective tracks on ‘Finding Beauty In Negative Spaces’ – what themes will you deal with and how does it show your personal progression?

D] We are very much in full touring mode right now but are winding down to start the writing process soon. We’re not sure what direction the music will take, we kinda have to wait and see what will happen much like everyone else. Our music is very current to where we are at that point in time, a snapshot if you will. We will just go in, write as many songs as we can and simply pick our favorites. If they all turn out to be really heavy I guess that’s how the album will turn out, or maybe the complete opposite…

Watch the video for Fine Again: