Subsource is a new and exciting UK crossover band blending elements of electronica and rock for resounding results. Their debut album, ‘Tales From The Doombox‘ is an absoulte storner of a record, so we thought it would be a great time to catch up with vocalist Stu Henshall and guitarist Paul Frazer to talk about their influences, ideas and future plans. 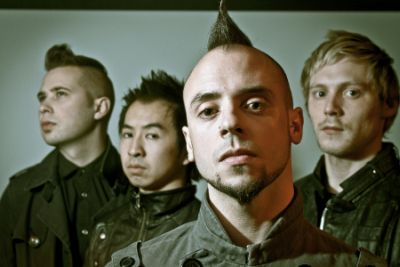 “Freedom is the theme of our record”

S] Can you tell us how it felt the first time Subsource played together as a band and what the atmosphere and vibe was like?

Stu] When we first got together was a gig. We were fairly confident at improvising, and we had the sole intention to get every person in the room dancing. What could go wrong, eh?

It turns out, we may have been running before we could walk as we played after the most discordant hardcore punk act at a filthy squat in Brixton where they were putting on a party after. They were having a pretty full-on debate about police brutality, and some deceased detainees’ family members were talking. We had no setlist, loads of equipment we didn’t know how to use, and went on at 5am to people sobbing or wobblin’. As you can imagine, the atmosphere was less than euphoric, but you’ve got to start somewhere. Fortunately, it’s been an upward climb from there with occasional glitches to keep us humble.

S] What inspired you in the very beginning to mix dubstep influences and heavy rock music to create what could be termed as, ‘the ultimate cyberpunk crossover’?

Paul] I don’t think it was a particularly conscious decision. We are just heavily into both styles and so naturally it comes out as a part of our musical vocabulary. There are a lot of parallels between the rock and punk that we grew up with as kids and the heavy bass music we lost our minds to when we got a bit older and learned how to party – we readily embrace that.

S] What kind of themes and ideas are present on the new record, ‘Tales From The Doombox’?

Stu] This record is the accumulation of everything that we have been feeling or thinking about in the last four years. This album features Kimba Mutanda on vocal duties as well as myself, so it is even more varied in terms of themes. We like to have a pop at people in power, and people who make decisions that adversely affect people’s human rights whether that’s to eat, healthcare, their faith, their sexual persuasion, or just their right to rock out without someone telling the place or festival to keep the volume down. Freedom, I suppose, is the underlying theme of the record.

S] Obviously your live show involves a lot of gear, how do you enjoy going out on the road in contrast to being in the studio?

Paul] We love them both – they are our Yin and Yang! We really dig locking ourselves in The Trench and getting creative, but the music doesn’t quite exist until we play it in front of a crowd of sweaty people.

S] Can you explain the personal inspirations and goals that are behind one particular track, ‘The Ides’?

Stu] The Ides is about global gluttony. It’s based on our media-perpetuated hunger for more, when I’m not alone in seeing signs that we should hunger for less. The goal is simply to get it off my chest. I have no intention of being Bono.

S] We’re based up north in Yorkshire – have you spent much time in northern England and do you notice a difference in terms of the electronic scene between the north and south?

Paul] When we play up north all sorts of mayhem ensues. I think that’s why we always come back. We love it up north, the crowds are friendly. They party hard and just love music with no regard for trend or conventions. We’ve made some very good friends touring up there.

S] What’s been the band’s defining moment together thus far?

Stu] You just mentioned the north, and for me Solfest a couple of years back was pretty mindblowing. No one knew us there, and within minutes we’d literally destroyed the crowd.  Everyone one was soaking because of the weather. I remember thinking, ‘Y’know what, this is what we’re supposed to do.’

S] What’s the writing process like – you work separately at times and then together at your studio The Trench – how does this spaced out approach influence the progression of the music?

Stu] For this record [‘Tales From The Doombox‘] we’ve had a bit of a convoluted process. We’ve been writing whenever we can separately and then passing a track on to the next person. It means that each producer gets a chance to be dominant with a song, and move it somewhere new if they feel it needs to be changed. With the new writing, we’ve been using this process, but getting more involved collectively with the direction and what we are trying to achieve. There are some beasts in there dying to get out.

S] Random question – in the event of a zombie outbreak, what weapon would you use to defend yourself and why?

Stu] We’d get a wholesale mass-order of ball gags from a fetish store. Gag ‘em then find a cure. If that seems futile, we’d use a load of Molotov cocktails then torch the zombies from a distance and watch ‘em burn.

Stu] We’re really looking forward to this year. Our festival diary is looking pretty rammed, and we’ve got a load of new tracks to get out, and a load of remixes to unleash on the dancefloor. Mainland Europe is going to get a battering too.

Read our review of the ‘Tales From The Doombox‘ by clicking the image below. 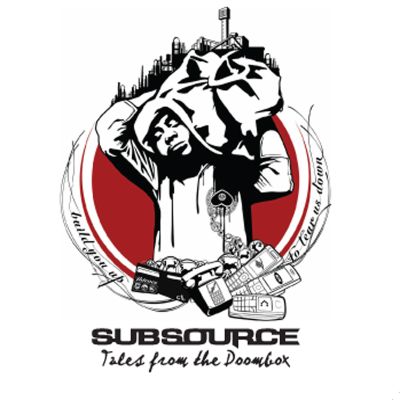