The Rasmus are back and they are ready to bring the noise harder than they ever have before. Ahead of their upcoming UK tour we had the chance to chat with vocalist Lauri Ylönen about what the band are looking forward to most about returning to our shores and what they have planned for the rest of this year… 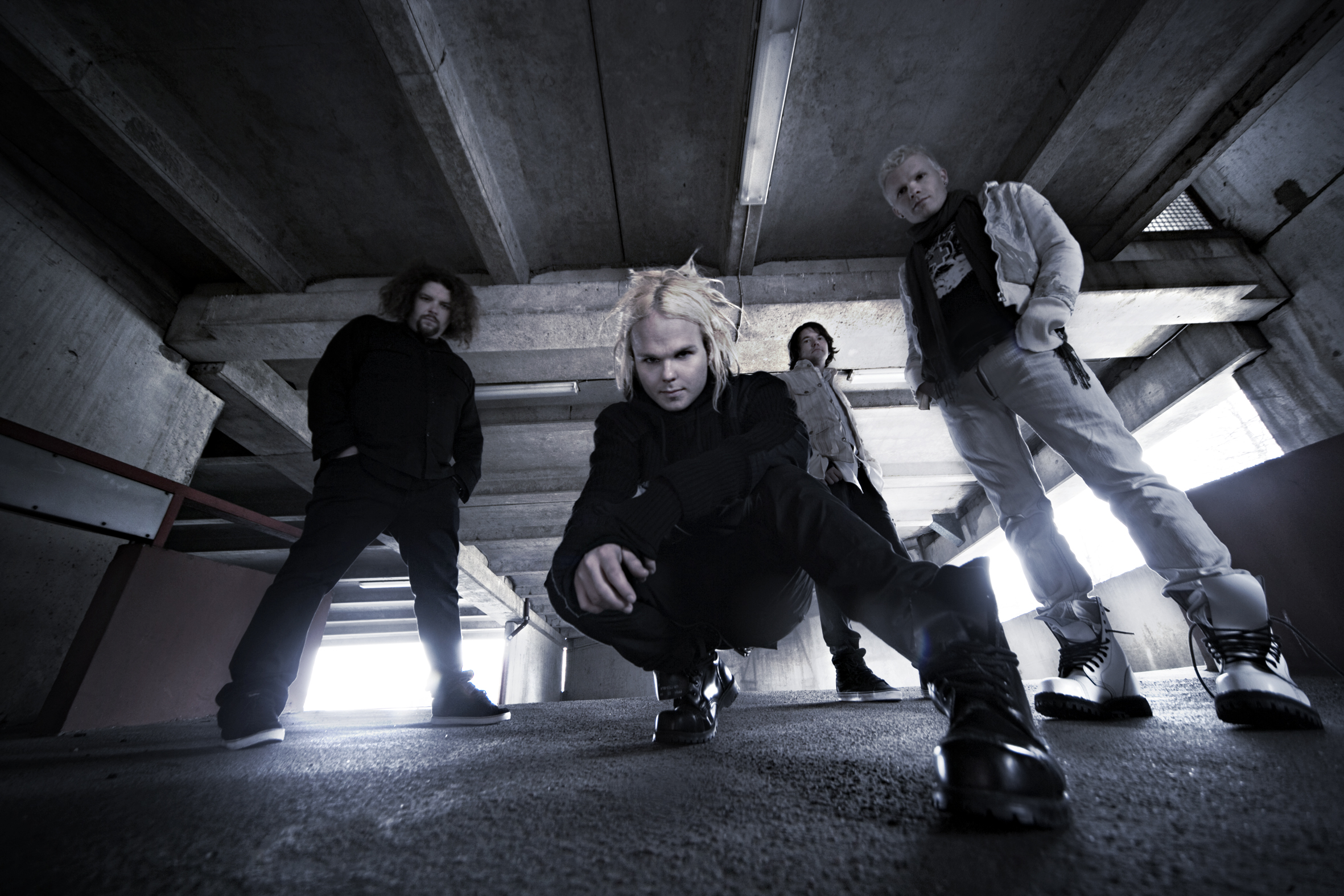 S] What are you looking forward to most about returning to the UK for a few dates, for the most part you have had a very positive reception over here?

L] It will be a lot of fun travelling and touring together with Backyard Babies. We’ll bring half Scandinavia over to you. We’ve met before and I’m expecting huge party’s every night. Of course I can’t wait to see these six cities again, Brighton is my favourite of these, I think we should go swimming again!

S] You guys never shy away from theatrics, how will you be expanding your live show for this tour – do you have any new ideas and concepts that you would like to explore?

L] These are very small in intimate clubs and we’ve decided to just rock our asses off. This will be a similar situation when we started 15 years ago and played our first gigs in Finland. No tricks just pure energy.

S] Though the band are constantly moving forward with their music, the UK has not seen any early Rasmus (before ‘Dead Letters’) will you be performing any early material from your first albums?

L] We will definitely play old songs too. Maybe songs like Bullet, Ice or Sophia might work nicely.

S] The Rasmus are a very inspirational band and you are very determined – we would like to know what keeps you guys inspired and allows you to keep making music?

L] We came up with an interesting concept for Black Roses. We created and wrote a story for the album first and then composed the music afterwards. This turned out to be very inspiring and spontaneous. We are inspired a lot by movies too, on the new album examples are Blade Runner and Fifth Element.

S] You have said Black Roses is more of a pop record and a new beginning – do you feel with this album you have found out what you want to do with The Rasmus?

L] We used a lot of synths to create the sound of the album instead of always having the guitars everywhere. That brought a slight pop element to the record. Sound-wise we were inspired by artists like Depeche Mode and Vangelis.

S] What’s been the best moment for the band within the last year and why?

L] I cooked us really good red curry during the recordings in Nashville.

S] The bond in The Rasmus is incredibly strong – throughout your long history do you have a great memory together (whether it is from school, in the band or whilst taking a break)?

L] We used to play football naked with other Finnish bands close to our rehearsal room and steal and drink Pauli’s mother’s home made wine.

S] We are curious, what if any, personal experience inspired you to write the song ‘Justify’ from ‘Black Roses’, Eero has said that there are a lot of themes that others can identify with on that track?

L] The line in the song, “I should go and find myself before I go and ruin someone else” is still very true to me. Even today, I suck at being nice and polite sometimes.

S] It’s been a while, so what do you guys think of the “pay what you like scheme” and the current music industry – the idea of artists like Radiohead giving fans the opportunity to pay (or not) for music?

L] To me that sounds like the future. We are also planning to do something special. The next Rasmus album might not be too ordinary. The world has changed; I can feel it in the water.

S] Following the lengthy tour which ends in June, what is the band hoping to achieve this year in 2009?

L] Recording the new album. My head is exploding because of all the new ideas we have.

The video for ‘Justify’ is below: