A little while back we caught up with Zico Chain when their UK-wide tour stopped in Hull. SPHERE’s Anth Neylon and Jade Melville spoke with Chris Glithero (vocals, bass), Paul Frost (vocals, bass) and Ollie Middleton (drums) and talked about the music industry, new material and plans for the future. 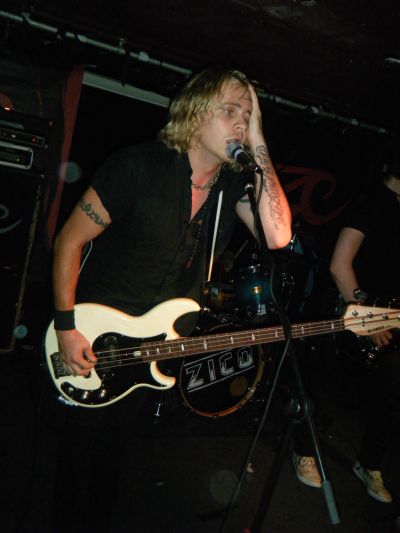 S] Could you describe how the sounds and concept of the EP ‘These Birds Will Kill Us All’, have developed since the last album?

C] It’s kind of been a natural progression, I know that seems like a average answer, but as you tour more, you get a lot better at playing. Also, that reflects in the writing. We don’t play that three-chord sh** any more.

O] Yeah, we can now play four chords [laughs] and I think instead of it being just about screaming for the whole set-list you can kind of calm down a little bit instead of it all being heavy-as-hell.

P] We also set ourselves a sort of mission statement to just write whatever we felt, not just to try and make it sound like something we’ve done before, let’s just let anything feel like a ‘state of mind’. There are no restrictions anymore.

S] Are there any current plans for a new album?

O] We haven’t recorded it yet, but we are working on it.

S] After great success in 2007 you had a disagreement with your label Hassle Records. Since then how have you done?

P] I mean the Hassle thing was basically a business decision and it wasn’t working from their point of view or from ours. I mean if we continued with what they were asking us to do, it would have been a very bad decision in terms of percentages for us to agree too. That was the reason we left.

C] Also, in this time we wrote some really dodgy songs which we hope you will never hear. We had a really rough patch actually. Two of us definitely hit depression for around six months, but after you go through something like having the record deal and everything happening so quickly to then suddenly hating everything – you just want to mess it all up basically. We went through a period for a few months of having deep and meaningful chats and trying to sort it out. It’s a bit of a cliché really but we like hanging out together. A lot of bands are all miserable and stuff, but to make great music you have to get on. At one time we were not able to do that and it eventually got to a point where we got it back. It’s a happy ending.

S] What’s in the near future for The Zico Chain? 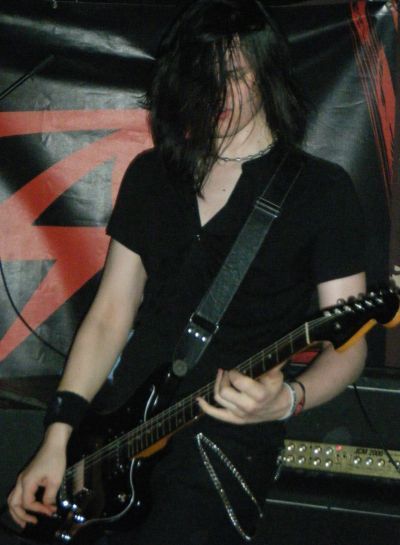 O] We’ve got to record our next album. We’re looking forward to touring again. The next album should be out soon.

C] We will be looking at touring again after the new year to get a few gigs here and there and hopefully try to get the US buzzing again.

S] Will you be heading to any of the summer festivals in 2010?

C] Hopefully all of them.

O] Yes, we will do them all. Every single one

S] In 2007 you were festival openers at the Download Festival and tonight you are playing a much more intimate gig. Can you tell us what you enjoy about both the big gig and the small gig.

P] That Download appearance came at a time when we were doing the biggest stuff we have ever done, and have ever done so far. We’ll get there again, but that time was our most successful. During that time we were touring with some massive bands and playing some big venues so we were on top of the world. Having said that though, as a band it’s important to do these smaller venues.

C] The feeling of looking out at Donington was amazing, but equally amazing was playing Brighton on this tour and it was absolutely packed. There were about 80-to-100 kids packed into a tiny little venue which was wicked because they loved it.

O] You could play to 80,000 people, but they’re not there necessarily to see you. They are watching Download which is fantastic, but these smaller gigs, when they are just here to see you, and have bought a Zico Chain ticket. Well, you can’t beat that really, as they have come to see you. It would be great to play a big venue with people there to see Zico but that’s the end result we’re aiming for. Even when we get there, I can’t imagine us not wanting to still do these smaller shows.

C] It’s all about the vibe on the day as that can be good, or potentially bad no matter where you play.

S] You made a video for ‘These Birds Will Kill Us All’ – who came up with the concept behind the video?

C] We have the making of on our MySpace – it was basically us following Adam Ryzman [director]. We had seen what he had done with the Eighties Matchbox B-Line Disaster video and we thought that was one of the best videos we had seen in years. We just thought that we needed him to do it. So we let him come up with it.

O] We had seen his work and just thought he was a genius, so we left him to it and stood back a bit. The idea changed quite a lot from the original idea to the end result – Having said that we loved the final video.

S] SPHEREmag is a northern-based website. Could you give us your opinions on the music scene up here compared to the rest of the UK?

O] We don’t really know the scene up here, but we just read about a guy ranting about people not putting the gigs on and people complaining about not getting enough people coming out. There are some really good bands around here but they’re not getting the gigs to put on.

S] If each of you could sit down with one person dead or alive and listen to ‘These Birds Will Kill Us All’ with them who would it be and why?

C] It would probably have to be Kurt Cobain, and I’d say, ‘Kurt – Do you think this sounds anything like you?’ [laughs]

O] Okay, how about Gandalf then? I’d tell him to give me back my ring.

S] What do you think of the music scene in general at the moment in the UK?

C] We used to rant about this a lot. We noticed for a time it was people just screaming down microphones and running around like they were in a pinball machine, and people were loving it, but you listen to the record and you realise they were actually sh**. But now it’s going the other way. More melodic bands have come out and it seems they are trying to just get radio play. At least bands are actually writing songs now. At the moment the scene seems so ‘faddy’ and I think part of that is because bands are finding it hard to carve out a career at the moment because nobody gets behind them for longer than a month. It seems to be more about the one song as opposed to a record. 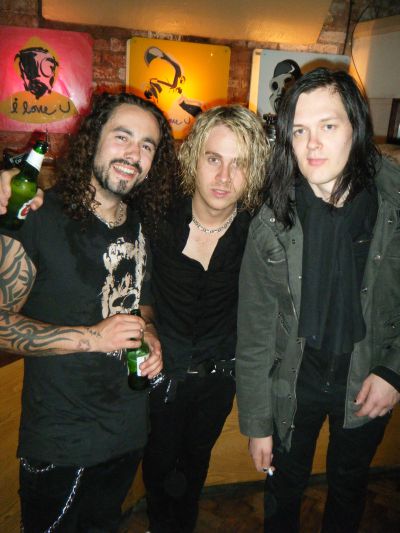