On the second day of Leeds Festival 2012, we chat with Anti-Flag drummer Pat Thetic about supporting Pussy Riot and other things that are really important to his band in 2012. 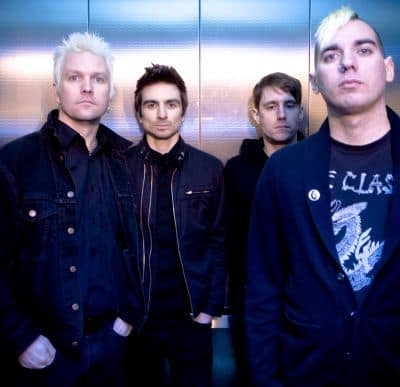 S] We saw you guys at Sziget in Hungary a few weeks back – the weather was much better – how do you feel about being in Leeds and in the rain?

P] “It’s much shittier! [laughs] The other thing that’s funny about us playing Sziget is that The Roots were late, so we played on the main stage and took their place [The Roots later rammed the A-38 stage], and we actually got their dressing room, which was nice, because their dressing room had better stuff in it than ours did.”

S] You’ve recently done a benefit t-shirt and poster with artist Adam Vass for the Pussy Riot campaign – how did that collaboration come about?

P] “A mutual friend of ours put us in contact and we got together to have a chat about it. We’ve been trying to do as much as we can because we’re firm believers that when political prisoners are locked away and nobody knows where they are, then nobody is paying attention to them. But, as long as the public is watching; it’s much more difficult to torture and abuse people when the public is watching, so we want to make sure that people are talking about the issue and that the Russian government knows that we’re all very aware of what is going on.”

S] What was it that resonated with you so strongly about the Pussy Riot cause – it’s obviously very public at the moment?

P] “In the US, when we started it, nobody knew about it. We were turned on to the issue very early on. Obviously the members of Pussy Riot have very similar beliefs to ourselves and they put music and activism together. That was something that really spoke to us because that’s what we try and do. The idea of music being used to effect social change is very important to us, and when you start to stifle that expression then that’s not good for anybody. We wanted to make sure that we stood up for the people who are putting music and activism together.”

S] We wanted to ask about the inspiration behind two tracks from the latest album (‘The General Strike’); the first being ‘1915’ (which is about Joe Hill) and the second being ‘Nothing Recedes Like Progress’?

P] “With the Joe Hill song, we were trying to suggest to the American people that things like withdrawing work as a general strike and the Occupy movements, those are very powerful and really the only tools that are available for social change. Boycotting and organising are the only ways that we can have change. You see this with what’s happening in Syria right now; once you have an armed revolution, then the social change becomes a ‘stalemate of violence’ and that’s not what we are all looking for. We need another option. Joe Hill was a man who believed in activism and putting ideas out there not using violence. We wanted to bring light to that, and what Joe Hill’s struggles were for workers’ rights.

With ‘Nothing Recedes Like Progress’, I think that is one where we are dealing with the frustration of the Obama administration and the fact that when we try and be progressive and try to make things different and we elect someone who we hope will change things, sometimes they are more regressive than the previous people we have been fighting against. Obama has been really regressive on internet freedom and those types of things, so we are talking about the idea that nothing recedes like progress.”

S] As a band you have supported many different causes over the years, but how do you feel like you have progressed and changed personally through the music that you have made with Anti-Flag?

P] “The way that I have changed personally, is that I have been educated by brilliant people. Every day I talk to brilliant people who are activists and are making change happen in their own communities. That education has been invaluable, and it’s changed me as a human, and as an activist and someone who is trying to create social change. I would not have been able to learn these things and have these wonderful conversations if I had not been a musician and been in a band. When I was young, we were just angry, and I mean really angry. As we’ve gotten older, we’re still angry but nowadays our anger is more focused and more useful than it was when we were younger.”

S] What kind of things are inspiring Anti-Flag right now?

P] “The thing that’s inspiring me right now is the Russian-English newspaper called RTL. It’s interesting to read Russian propaganda versus American propaganda and English propaganda and then synthesising it all together. It’s inspiring to me in that it makes me angry, and that’s usually how our new material works out.”

P] “Well, after this I get to return home [to the States] and feed my goldfish. I like hanging out with them. Following that, I’ll go to Canada before coming back to Europe for a bit and then on to Australia. There’s no rest for us. We’ve got a lot of touring coming up still. Then, after that next year in the Spring, we’ll probably do a bit more touring and then start to think about our next project.”

S] In the event of a zombie outbreak what weapon would you use to defend yourself and why?

S] “I know that zombies just continue to come. So, the best thing to do in a zombie apocalypse is to shoot yourself in the face with a shotgun, because after that you don’t have to run from them anymore. If you continue to chop their heads off, then they just keep coming after you, and then you get got anyway. So, by shooting yourself in the face, you’re done. The thing that I have learned through activism is that there’s never enough bullets to kill everyone. That same rule applies to zombies. So, in the event of a zombie apocalypse I’d go out, and then hope for a re-birth and a better life!” 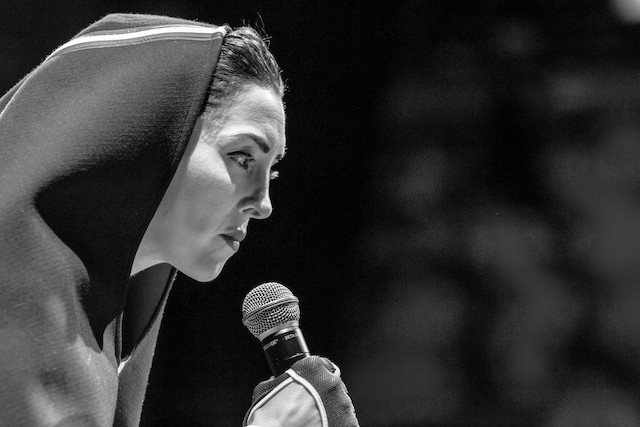 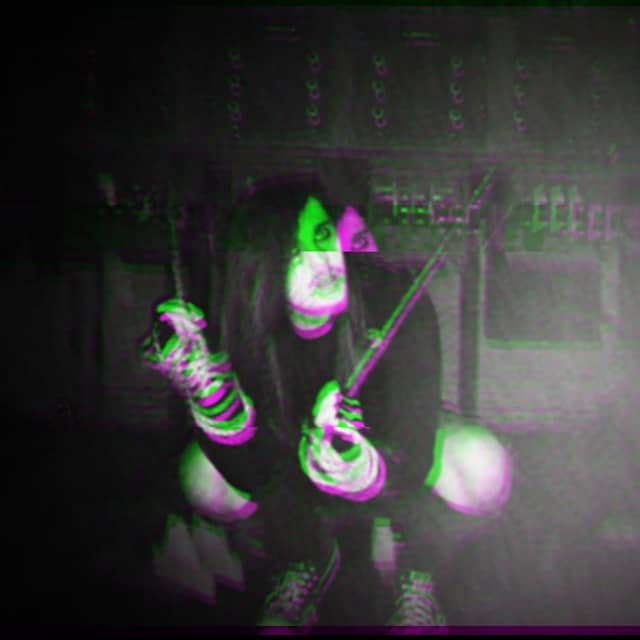