In our latest interview, we chat to Brandon Boyd of Incubus about his brand new band, Sons Of The Sea. 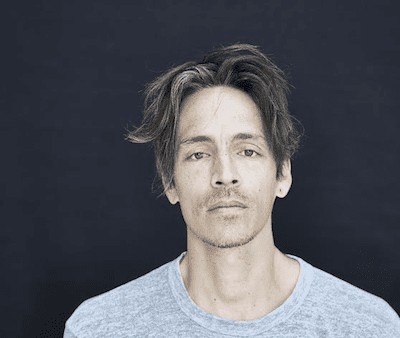 S] Hi mate, where are you right now – set the scene for us?

BB] “I am at home watching my dog snore in his mid morning nap spot while composing this.”

S] How are you looking forward to bringing Sons Of The Sea over to the UK?

BB] “One day, hopefully sooner than later, Sons Of The Sea will get invited by a band or a promoter to play shows in the UK. the first round of dates was amazing and so fresh in its response, that I am chomping at the bit to come and share with you guys.”

S] How different are you now as the artist that built Sons Of The Sea, if at all, professionally and musically to who you were when you created ‘The Wild Trapeze’?

BB] “My process has been in a quickening state, so to speak. I have felt more of a free flow of creative information in the past five years than in my entire life. I can think of dozens of reasons why, but in answer to your question, I think I am in some ways an entirely different artist now. But in other ways, my essence and my intent are identical to where they were when I first started.”

S] Can you talk us through the inspirations, experiences and ideas that led to the creation of the track, ‘Lady Black’ from the record?

BB] “I spent some time in New York City a few years back and learned some hard lessons in love. Inspiring, but humbling in many ways. So after a few years of internal processing, some of those experiences snuck their way into lyric and melody. I shared the ideas with Brendan O’Brien and he played the guitar riff you hear in the verses to them. That was actually the first song we wrote together.”

S] Can you do the same for the intro track, ‘Jet Black Crow’?

BB] “This one was different because most of the lyric and melody arrived in a very vivid dream that I was able to hold onto while waking up. Most of it was in tact and became a song by my second cup of coffee that morning.”

S] What sorts of spaces, locations and experiences have been keeping you motivated as an artist in 2014?

BB] “Inner space, the void, the abyss. It has many names, but to call it a place is perhaps a bit of an understatement.”