By Dom Smith May 2, 2014 June 3rd, 2014 Features, Interviews
No Comments
In our latest interview, we had a quick natter with Pete Loeffler of US alt-rock giants Chevelle about new music, playing the UK and the band’s legacy. 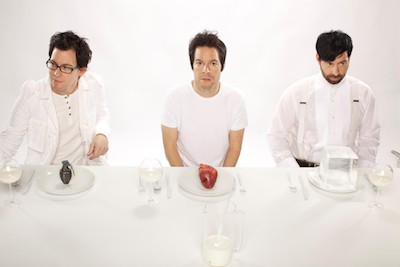 “I don’t know where I would be without Chevelle”
S] Pete, how are you right now?
P] “We’ve just finished a sold out, quite insane month of tour that both wore me out and lit my fire for the road, all at the same time.”
S] How do you look back on the success of tracks like ‘The Red’ and ‘Send The Pain Below’ now?
P] “I try not to look back too much but those songs did well for us at the time. We play them differently live and that helps keep them fresh.”
S] What has kept you guys inspired, outside of music – think literature or movies and locations for example for the last record?
P] “For our seventh record I found inspiration in a few different things, ranging from the health of our oceans, to horror flicks and to the hugely talked about issue of mental illness and guns.”
S] How are you looking forward to playing Download this year – it’s a long time coming!
P] “United Airlines booted us all off or flight the day before we were supposed to play the Download for our first time.  It stung us pretty bad and missing Download kind of fu**ed our careers for a bit in Europe. That is why we are coming back to play and to make it right, even if its an extremely early time slot.  Better get there early.
S] Any chance of UK dates outside of London coming up soon?
P] “We are booking a complete tour in Europe and the UK as we speak. It will be around October and November. It’s gonna be killer.”
S] How does ‘La Gargola’ push you in new ways as a band?
P] “Gone is the fear of “is this heavy enough” which we got hung up on in the past. Here to stay is the focus on the right tones and ‘vibe’ to complete the song, heavy or not. A song can be heavy in other ways, like with the subject or lyric delivery.”
S] Talk us through the cover art for the album, what inspired it?
P] “I had a friend come over late one night and shoot the cover art. It’s me in the creepy classic plague mask. We were just goofing around and we didn’t know at the time that we we’re stumbling on such a strong image. Weird things can happen when one wears a mask.  It forces you to be someone else for a second.”
S] How do you feel that you’ve developed both personally and professionally through the music that you’ve made with Chevelle over the years?
P] “This band has allowed me as a song-writer to have an all important creative outlet. I wouldn’t trade that for anything. I don’t know where I would be without it but I know I would probably be a pent up, emotional, disaster of a person looking for a way out.”