It’s always a good time when singer/songwriter, Sean Tillman, aka Har Mar Superstar is around, and he’s back in the UK. Somehow between a busy Television and Scriptwriting career and having his own day named after him in his home state of Minnesota we were able to talk to Sean about his most recent record, ‘Bye Bye 17’, what he thinks of good ol’ Yorkshire and his ever changing inspirations. 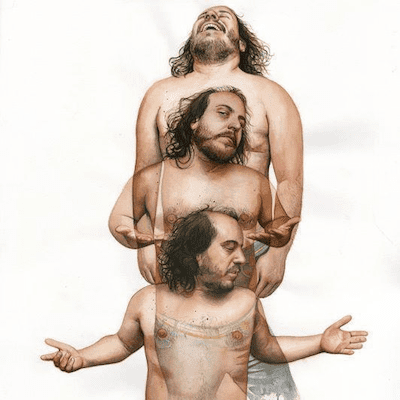 “I’d want to be remembered as the glue; I like to bring people together”

S] You’ve toured all over the UK, how are you looking forward to playing here again and coming to smaller places like Hull?

HM] “I’ve toured around the UK a lot for a long time so it’s good to be back and get them all done at once. Before, I lived in London for a while so I could cover all these places over random weekends so it’s fun to do them all at once. I love Hull, I’ve had some great shows there. I’ve never been to the Adelphi yet, but I’m excited to check it out. I love those guys from The Paddingtons and Skaters. I’ve had a good time every time I’ve been there.”

S] Is there anywhere in particular that you’re excited to come back to over here?

HM] “I’m always excited to go to Manchester and Leeds and Glasgow. We had a great time in Birmingham last night. It’s fun to be everywhere and get back into the mix. I’m excited to see Wagamama’s everywhere because we don’t have those in the US.”

S] You have a new album, ‘Bye Bye 17’, that you’ve said was inspired by New York. What was it about New York that inspired the new album?

HM] “For me it’s because you can walk around and see real life, in LA you’re always in your car, I lived there for about eight years. I think one of the major things is having the seasons in New York, it sets that apart. I’m from Minnesota so when winter would come I would lock myself in my room and start writing.”

HM] “It was really fun. Three quarters of the record I wrote by myself and then I collaborated with some friends on the other few songs. I put together the rhythm section with a couple close friends of mine named Chris Beerden and Matt Romano and we recorded all the basic tracks with Jim Eno from Spoon producing with. Jim had ideas of who to bring in from Austin while we were recording, some local guitarists and keyboardists who were amazing. I had Jeff who plays in my live band come in and lay down some tracks. It was spread out over a long time, it came together really effortlessly and it was a good time.”

S] Over the years how have your inspirations changed?

HM] “It’s all ever-changing. I started out in a noise band called Calvin Krime and then I went on to do more guitar based pop stuff as Sean Na Na, that was more like Elvis Costello. I started making the Har Mar stuff to beats, but now I write that all on guitar so that’s the difference there. In the meantime I was recording with Neon Neon so I’m just all over the place all the time. I like to keep it fresh like that.”

S] Is there a typical day where you just sit down and write stuff?

HM] “I don’t really like, work on music every day. When I’m home I write in spurts and everything comes at once. Otherwise I work on writing scripts for TV and movies, I just sort of wander around until I get an idea and execute it until it’s done.”

S] You recently had ‘Har Mar Superstar Day’ in Minnesota. Do you have duties you have to fill for that or was it just your day?

HM] “I just met up with the mayor, he gave me a proclamation and I played a big show on First Avenue, which is where they filmed ‘Purple Rain’ (Prince) in a club that holds like 200 people so that was a big sold out party. Beyond that I think my duty is just to represent Minneapolis to the world and make people intrigued and want to go there. And I think it’s working, people really like Minneapolis whenever they go there, it might not be first on your list but when you get there you realise it’s an amazing music scene and it’s a really chill place.”

S] ‘Prisoner’ is a fun track off the new album. Can you tell us what inspired that track?

HM] “It’s weirdly inspired by a condom breaking. Feeling that uncertainty of what kind of social construct have I trapped myself into, but at the same time making it a celebration of the positive aspects too. It all came from an accident and now it’s more of a joyous affair.”

S] You have a distinctive voice, how did you discover it?

HM] “Me and my sister used to always sing when we were younger. We did theater a lot and people would see the potential in us and we got to have voice lessons and figure out how to use our voices early on. My sister became an opera singer and I do what I do so I guess I had that encouragement all the time. I always wanted to write songs, and then it all comes out of years of karaoke and starting bands when I was twelve. I always wanted to do it and worked hard at it. I don’t know if you can naturally just sing, I think if you have the confidence you can figure it out and do it. Some people probably have less of an advantage.”

HM] “I’m finishing this tour which takes us to Hong Kong and then to France. In February we’re doing an extensive tour of France and I’m sure we’ll get back to the UK. Then I’m selling a TV show that I just wrote the pilot of and hopefully we’ll start making that and then just from there we’ll see where everything falls into place.”

S] How would you like to be remembered as a person and artist?

HM] “Personally I’d just like to be remembered as the glue; I like to bring people together that normally wouldn’t need each other, that sets up people to make something bigger than they would. I get in the middle of a lot of projects and introduce people that assume they wouldn’t get along, I like to be the glue.”