Recently Naomi Busuttil from Soundsphere chatted to Jupiter Keyes of HEALTH ahead of the bands epic UK and US tour to find out what inspires the band and what challenges they face when recording. 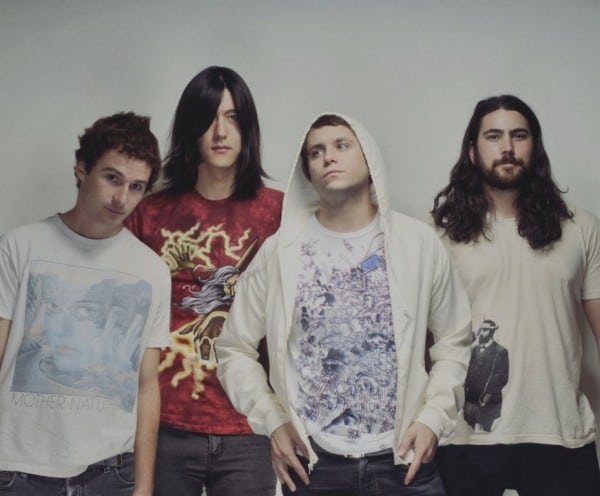 S] How do you feel about ‘Death Magic’ now that it has been released?

J] “I feel very good about it. It was a very long road working on that album and there were a lot of things that contributed to the process, it wasn’t all just time spent working on that album. From ‘Get Color’ to now there’s been a lot of emotion and energy invested in that and we did hit some rough patches where we were like, ‘Fuck, are we going to be able to get this record to do what we want it to do?’ In the end, I’m very happy to say that we did manage to do that and I’m very happy with the product and I think that all of us in the band are.”

S] What do you look forward to about coming over to the UK?

J] “It definitely would have to be the shows. Playing shows is a really fun experience, it’s really cathartic. The UK crowds are amazing, it’s really fun playing there. There’s always such good energy from the crowds.”

S] What are the biggest challenges you face when transferring the energy of a record to a live performance?

J] “Ironically for us, the challenge has been more the opposite. We started out as a live band and we had to figure out how to communicate the energy and the intensity that we had live, to record. Now as we have progressed, we have kind of changed the way that we communicate that energy. Like if you saw us around the time of the ‘Get Color’ tour or even before that, it was just total blasts of noise and complete chaos and now it has become more structured and melodic. Before it was like, ‘How the fuck do we make a record sound how it does live?’ because no one is playing the record at like 130 decibels like you want, they could be listening to it on laptop speakers and that’s not how we wrote the music.”

S] What’s inspiring you guys outside of music at the moment?

J] “I don’t watch a whole lot of movies, I have like an anxiety where if I sit down for two hours I feel like I should be doing something else more productive. As far as art – what I love about iPhones and things these days is how you can just flip through Instagram and find really thoughtful and creative and interesting imagery out of fucking nowhere. You don’t have to go down to the local modern museum of contemporary art to see something thought provoking, you can just switch on your phone and flip through a bunch of images. Everything is so quick and you can just see something and be like, ‘Holy shit! That’s cool’.

S] How do you look back on the success of ‘Get Color’ now?

J] “I would say our goal starting out as a band was just to be able to play shows for other people and then the idea of just going on tour was like “Holy fuck, this is amazing. We can actually just travel around and play shows for people.” Then you work on a record and it’s like “Wow, we’ve got a record that like, someone is actually going to listen to.” Every step along the way you’ve got to have new, small victories and as far as the success of ‘Get Color’, I think that record did better than we ever expected it to do when we first started out as a band. We are a very ambitious band as well, so we’re always looking for ways to make things bigger, better, newer and more interesting, so there’s never the feeling of like ‘Oh fuck! I nailed that, I got that right. Okay, I’m done.’ It’s always how can we do that better because this, this and this wasn’t exactly the way that we wanted it to be and there’s that constant dissatisfaction with everything.”