In our latest interview, we chat to UK breakbeat-rock crossover music pioneer and DJ, Guy Hatfield (Hyper) about his latest record, ‘Lies’ and the inspirations and ideas that went into its creation. 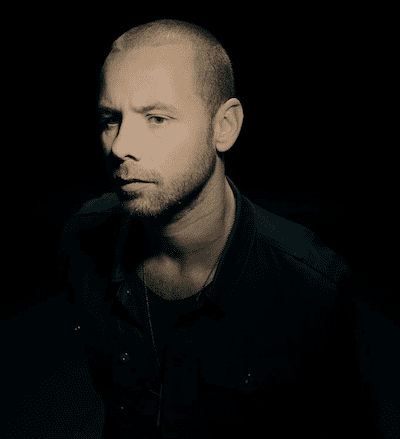 S] What were the biggest challenges when building ‘Lies’?

H] “Without doubt trying to do an album that I wanted to do and put aside following electronic music trends too much. You obviously need to be aware of whats going on and not to sound dated but you need to write an album that is still very much you and represents where you are at musically at that point. Also, getting motivated to finish the album was difficult as I had a number of personal distractions going on at the same time. It was very hard to get into a creative state of mind at points.”

S] How do you look back on the success of ‘We Control as an album now?

H] “It was a massive turning point for me that album. It marked a decision I’d made to start incorporating elements of my musical background into my music which involved live instrumentation  – guitars, bass and more, and also to try and work more with song structure and step back a little from formulaic club tracks that were a focus while I was DJing every weekend here, there and everywhere.”

S] How do you feel like you have changed and developed as an artist over the years that you’ve been creating?

H] “I feel I’ve matured, I’m sure everyone does.  Working more with live instruments and as a band has pushed me even further down that road and also having worked on a lot of filmic music, I’ve wanted to bring in a lot more sound design and string elements into the Hyper sound. I feel the sound has come a long way since my early club releases although I look back with pride on those and am feeling an urge to go and write some more..”

S] When you were building the track, ‘He Rises’, what were your main inspirations – it’s a beast!

H] “As I mentioned, I’d been infusing sound design and string elements into the album and this started with these and the vocal sample.  One of the important aspects of my music is dynamics and, as you’ll see with tracks such as this, ‘Spoiler’ and ‘Clockwork’ they have an explosive nature. I wanted this track to have a riff that smashed you round the face and a heavy drop to counterpoint the subtle piano melody and disturbing sample.”

S] ‘Spoiler’ is a personal favourite too – what were your aims with that one?

H] “Again, dynamics. We decided we wanted to write something really slow and groove based so dropped the tempo right back to give it a low-slung kind of feel. Big guitar stabs and guitar distortion feature heavily on most of the album tracks as they do here. We were arranging the track when I decided to experiment by going double time at the end using old school breaks to head of into drum n bass territory. One of my favourite points on the album is when it flips back into the original groove for the final few bars.”

S] What has fuelled your passion for mixing rock and electronic music over the years you’ve been working?

H] “Just buying shed-loads of records as a kid.  I get off on real emotion in music whether it be melancholy of the likes of Massive Attack, NIN and others, or the full on anger of punk music. That’s why the album features tracks like ‘Take Me Away’.  I’ve also just always loved the sound of guitars and Bass. Live bass in electronic music hooks me in immediately. Electronic music is obviously really important to me too so it makes sense to me to combine the two!”

S] You mention in another interview about the dark “head space” you were in for this record. Can you talk more on that?

H] “I’ve spent the last two years going through a really messy divorce and a court battle over my daughter. This has at times been an inspiration and I’ve found writing music a release – see tracks like ‘Spoiler’, ‘Take Me Away’, ‘Clockwork’ and others – and at times I’ve been so low, I couldn’t get out of bed.  You can’t focus at times on anything other than what’s going on in your personal life, especially when your child is involved. It’s all-consuming.”

S] You’re working on a project called, ‘Symphony Of Lies’ at the moment – tell us more about that?

H] “Well, I’ve been working with a composer and string arranger called Chris White on a number of different things over the last few years and once the album was finished, it was apparent that there were lots of elements in each track which had strings etc already in them. We were talking about doing a project where the Hyper sound would mesh even more with orchestral elements when I thought that it could be interesting if, instead of having each track remixed for clubs  – which is kind of standard, we took these elements and ‘remixed’ (or rather rebuilt) them as orchestral pieces.  Some we’ve added more guitar parts too as well.  It’s been really exciting to work on and is finished and will come out later this year on a label I’m starting called ‘Scored Beats’.”