It was recently announced that alternative music and horror movie icon Rob Zombie would be bringing his band, an epic freakshow and some anthemic tunes to the UK on tour in February of next year. Naturally, we were excited and so, thought that it might be a good time to get word from inside the Zombie camp and decided to pull out bassist Piggy D to chat with us about what inspired the band’s forthcoming invasion of our shores after Rob‘s 12-year absence. We also find out more about the overall mood in the band as they look forward and some of the inspiration behind Piggy‘s solo work. 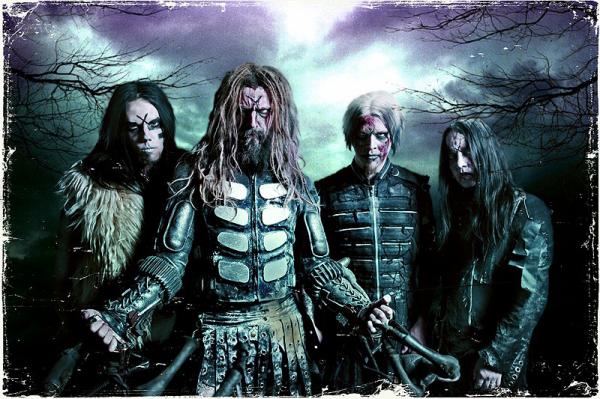 “On tour, I get to be a monster every night!”

S] What are you looking forward to about touring the UK with Rob Zombie?

PD] Oh my God! You have no idea. It’s been like 12 years for Rob Zombie, and five for me. I haven’t been back since I joined this band. My previous ones, Wednesday 13 and Amen spent so much time there. I have so many people I miss there. I think the UK is so much more receptive anything art related. I can’t wait to bring this show over there.

S] What was the mood like in the band when you found out about the dates?

PD] Pure excitement really. I had been saying to the band for the last five years that we should do it, and now it’s happening. We are all very excited.

S] Is there as song that means the most to you to play out live – or is the most fun?

PD] I used to love playing ‘Feel So Numb‘ live. We have since retired that one. Now the favourite is ‘Pussy Liquor‘ – that song is pure sex. The audience is just on the edge of fu**ing each other when we play that one I think. It’s all vibe out there. [laughs]

S] What can UK fans expect from the Zombie live show – any surprises?

PD] We would love to bring the entire production over. I’m not really sure how many bands can do that, or even have the show to bring. Our show is high energy and party-like with all the bells and whistles. The pyro, video and monsters just send it over the edge.

S] What’s the best thing about being a part of Rob Zombie’s band in contrast to working on your solo stuff?

PD] The band is so chilled. Everybody gets along so well, that touring together for long periods of time is so easy. There is nothing theatrical about that at all. I have the best of both worlds really. I get to be a monster on stage every night, but solo, I am a completely different person. There are things I do with Zombie, that I would never do on stage if was by myself, but it’s a part of me that I get to express. That kinda rules.

S] How is the inspiration different for you when Bob Mould in contrast to working on Zombie stuff?

PD] Musically, Rob’s band is so different than anything I have ever done on my own. I come from a similar musical background to Rob, we like a lot of the same stuff. But there are also entire genres of music that I really love, that no one else really does. Needless to say, my iPod stays out of the dressing room rotation. [laughs] My solo stuff allows me to just be… me. I love artists like Bob Mould, and The Replacements. I also love ‘girly’ pop stuff. I write that in my down time as well. I also love country music. I explore all of these styles outside of the RZ band but I love nothing more than playing the classic Zombie tunes on stage. It’s such a release to be a part of this music on stage.

S] Can you tell us about some of your best experiences working on the latest Zombie record, ‘Hellbilly Deluxe 2’?

PD] It was really cool, and something I haven’t done before. Everyone in the band was there everyday, regardless of what was going on. We tracked it live together, so it has a real organic feel. It was a long process of really just jamming out ideas. So fun and chilled. I think the end result really sounds like a band that knows each other musically.

S] What’s the dynamic like in the band at the moment – you’ve worked with everyone separately on their own projects, so what’s it like working together in the studio with John 5, Joey Jordison and Rob, being on tour?

PD] We have so much fun. We really enjoy being around each other and being creative. It can be so hard to find people that feel as passionately as you do. I think we found that with this line-up. We don’t have to think about making the music or performing, we just do it.

S] There are dates in cities like Leeds and Birmingham on this tour – was it a conscious decision to cover all of the UK instead of just covering the main tour stops like London and Manchester?

PD] Yes. We really wanted to spend some time over there, not just do London and go home. People have waited so long, it seemed like the least we could do. Next time, I imagine we will stay longer. I’d love to do Ireland.

S] How much time do you get to work on graphic and clothing design these days – tell us about your company? 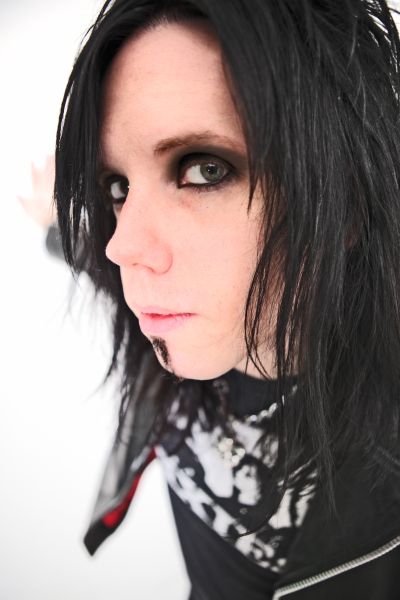 PD] I still manage to get it in. It’s getting harder and harder these days. I’m very old-school when it comes to album art and its importance. That seems to be dying a fast death though. The digital format has almost killed it entirely. When we do get an art project, like an album, my partner and I take it to every extreme possible. We still believe in giving the buyer that experience we had when we were kids. The artwork made the music come to life. The clothing element has evolved a bit as well. We do high-end t-shirts now, and are expanding to include more jackets and pants as we go. We have been doing a lot of costume and stage clothing as well. Alice Cooper was our latest and greatest client. People can check it out on our MySpace, and we have a new site in development. It’s called Black Victory.

S] What can you tell us about your next solo record and how that will expand on your previous album, ‘The Evacuation Plan’?

PD] ‘The Evacuation Plan’ was a complete thought. It was a full album with a common thread. The new stuff is more fun, upbeat and much more about the individual songs than all fitting together on an album. The traditional format of the album for me doesn’t seem to work now. In this day and age, I feel it’s better to scatter your releases over a period of time instead of dropping a ton of music on people who have ever shortening attention spans. The world is moving faster than ever. Music has become fast food. We don’t have time to sit down and eat.

S] Back to Zombie, this is the first time he has played over here in over a decade – can you talk to us about his mindset and what made him decide to come over with you and the rest of the band?

PD] I think he really enjoys touring now. The band really has his back and we work so hard to be as good as we can for him and the audience. I think it takes a lot of pressure off him as well. Now, Rob can really just enjoy performing and not have to worry about any bullshit off-stage. He looks and sounds amazing now, and I think he is better than ever. Maybe this timing is just right?

S] Is it a plan for the Rob Zombie to tour internationally as regularly as possible now?

PD] It’s all about baby steps at this point. I think we’ll see how well the UK and Australia does for us. We know Japan rules and would love us to come back. If I had to guess, I’d say this is the beginning of more international touring for Rob. His movies and music have hit a whole new generation worldwide. These people deserve to see how badass he is on stage now. He’s a monster!

S] What’s next for you and Rob Zombie after the UK dates?

PD] Hopefully a new record and more touring with Rob Zombie at some point. I know we have a lot more that we want to do. It’s exciting to see what each year brings. This project is constantly evolving. As for me, I have more solo music and videos coming out every month for a while. As well as a country-rock project called Black Foxx. We are finishing up some tunes and videos to be released soon. I stay busy, I have to or I’ll go crazy!

The tour dates are listed below:

Tickets, priced £26.50 regionally and £29.50 in London (subject to booking fee), go on sale 9am this Friday, October 15 from box offices, all usual agents and online at www.livenation.co.uk and www.kililive.com. Credit card booking phone lines are detailed above.

* Thanks to Michelle Kerr @ Roadrunner.