We caught up with Jørgen Munkeby of Norwegian avant-garde band Shining to talk about the new album ‘International Blackjazz Society’ and filming a live show from terrific heights. 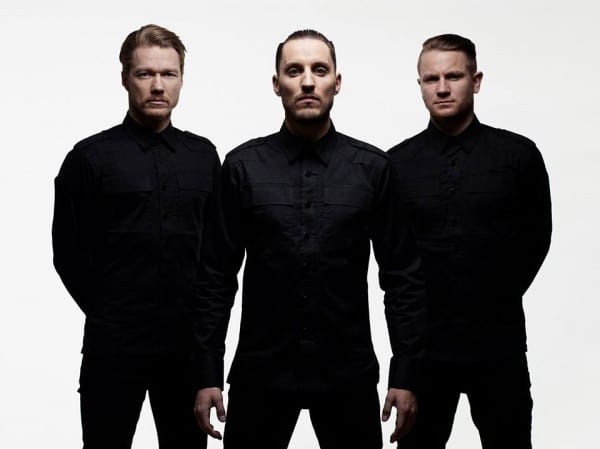 S] It’s been a couple of years! Your new album has just come out, you’ve just had your UK tour, how are you feeling?

J] “We are doing great! The tour was a long one and it was very exciting. I was keen to see how it would go because we’d done three big support tours recently, but it had been a long time since our last headline tour in Europe. Warsaw was amazing, that was the first date of the tour. People were climbing up the walls, just going apeshit! Brussels was great, Paris was great, London. It proved to me that we do have potential getting out there performing in these places and that we should work on that.

I love playing the new music live! You don’t always know how it’s going to work out, which is interesting. I’ve had that before, where i’ve had an album and I think that certain songs will work well, but when we get round to playing we are surprised by which songs actually sound better live. This time, I think all of the songs from the new album were very fun to play live and they worked great.”

The Shinning sound has always had these great layers and textures- do you and the other members of the band still enjoy using taking all these different elements and taking them from album to stage?

J] “I’ve been in this band from the beginning, but the rest of the current band members have not really been here for very long! Our bass player Ole is totally new, he only joined us this summer. Having new band members really helps things feel fresh for everybody, it brings a new excitement, a new energy. They haven’t had ten years to get bored of it aha!

When you are in a band with a constantly changing line-up, often the newer members are more in tune with the direction that you are wanting to take. It’s especially great for me, who has been doing this a long time. But it doesn’t always go right live – one time my guitar broke in the middle of a song, we blew some speakers…things go wrong sometimes, but that’s just how it is! But I like those challenges, it reminds you that what you are doing is organic and in the moment, it overcoming those slip ups makes you feel alive. We don’t use backing tracks, we just rehearse, and we make sure that what we play resembles a real world setting as much as possible.

When I rehearse myself I sometimes stand in place and run just to get my energy flowing, because I know I’m going to be moving a lot when I’m playing shows. I’ll plan how to quickly to pack up so we can get out stuff off stage as quickly as possible. If you are prepared for things that might go wrong, it won’t be as devastating if they do!”

S] That’s a really motivational way of looking at it!

J] “I mean, if you’re rehearsing for a show it makes sense to rehearse as if you’re actually playing the show! Just don’t stop.”

S] Visually, there are a lot of things going on your video for Last Day, which you recorded on top of Trolltunga! I heard that you were more worried about whether the camera was going to work than your own personal safety. How did you develop the ideas for the video?

J] “A normal music video is where you film something and then you add it to the audio track, but this was a live video, a live recording, and the idea was akin to what we were saying about rehearsing and dealing with real world problems- you can celebrate your own ability to overcome those obstacles, and it becomes fun. We’d done a few videos like this before, live I mean, it was cool and we wanted to take it further by doing a video on top of a mountain!

We recorded 16 tracks all live. I couldn’t think of one spot where we’d have less control of the environment than on a mountain 700 metres over a large drop- the audience had to walk for ages to get there, we had to fly all our equipment up there, power generators, instruments, tools to hold the drums together so they wouldn’t just roll away. I mean, it was actually super dangerous. We were fortunate that there wasn’t a storm going on- the weather was good but you never know what will happen in the mountains! There was no guarantee that we could even play the show, and no guarantee that we would survive! But we played the whole thing from start to finish and went home, no stopping.”

S] It’s amazing to be able to say that you’ve done something like that! Moving onto the new record now- there’s a great mix that you’ve always been able to pull off taking elements of industrial, metal, jazz, and more. I feel like this album is more ferocious with less focus on electronics, would you agree?

J] “You are definitely right. The level of aggression took a step back with One One One to let the music focus on other aspects of song making, it was more structures. I wanted to bring back the aggression that we had on Blackjazz and the tightness that we had on One One One- I wanted to combine the best aspects of both for the new album, both experimental and accessible.”

S] I know we talked about future for Shining before. Personally, I think you have achieved the same level of musical prowess and fantastic material as bands like Nine Inch Nails. What do you want to achieve now in the music industry and personally as a musician?

J] “The fact that one person in the world thinks that makes me so incredibly happy. When I started making music that was my biggest goal, to be remembered as someone who created interesting and important music. I would measure my success by the quality of the music, I have never measures success by how much our music has sold. In the music industry it’s all about money and popularity, ticket sales, Facebook likes… It can be hard for artists to remember the right reasons for making music. I never really hear much from the other side about our project, so it’s really interesting to hear you say that.

Musically, I don’t think I have a specific goal at this point. I have done in the past, but right now we are focusing on developing the genre of blackjazz. It could be a new part of music history, we want to see other bands around the world playing blackjazz. Commercially it is still very new and people aren’t sure what to make of it, but it would be incredible to one day hear other bands being influenced by what we do.”

S] You could be doing a TedTalk on blackjazz one day.

J] “That would be fucking amazing! I take it back, that’s the ultimate dream.”

*Special thanks to Daniel Cook for his work on the original interview in Manchester, that helped form this piece.