In our next interview, we chat to Nathaniel Beard of The Beards about touring the UK, obvious inspirations and more… 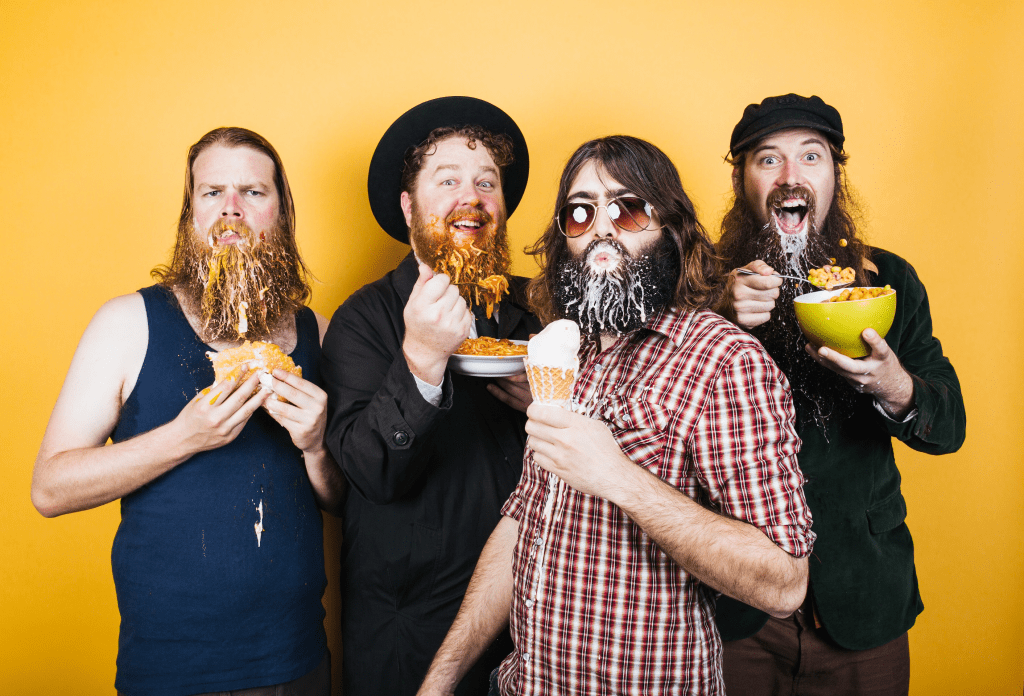 N] Great thanks, it’s a good day to have a beard.

S] How do you feel about your overall success as a band since you started out?

N] “Well we started out a good ten years ago – and believe me 2005 was not a good time for people with beards. Friends, family and employers would frequently call our beards into question and expect us to shave. We had one goal as a band and that was to convince as many people as possible to renounce the razor by exposing them to a relentless amount of finely-crafted pro-beard propaganda rock songs. Ten years and four beard-related albums later, we couldn’t be happier with the result! Beards have seen a massive global resurgence and we are more than willing to take full credit for that.”

S] What are your main inspirations outside of music, other than beards – think movies or places?

N] “We don’t tend to get inspired, instead, we prefer to inspire others – to grow beards. I should also add that we don’t care for movies, places or music. Only beards.”

S] What did KISS and Motley Crue learn from YOU when you supported them?

N] “Nothing evidently – NONE of the band members from either band have gone on to grow a beard, which is thoroughly disappointing and something I dwell on constantly. It’s as if they didn’t even watch our set. It’s a real pity because glam and hair metal desperately needs some beards.”

S] Are there any cool places you’re looking forward to visiting when you get back over here?

N] “We just love the UK’s attitude when it comes to beards. Our shows there are a fervent celebration of facial hair, the audiences are always right into it, revelling in the pro-beard atmosphere and just generally celebrating not being a shave-slave. There’s this sense of community and acceptance in the room. Unless someone rocks up without a beard…in that scenario we normally deliberately cultivate an atmosphere of shame. It’s for their own good.”

S] What goes into the writing process for The Beards – we know where the lyrical inspiration lies, of course – but where does the concept for ‘You Should Consider Having Sex with a Bearded Man’ come from, for example?

N] “By the time we wrote that song, beards were becoming pretty prevalent in Australian society. I think lying dormant in all human beings is a deep love of beards – some repress it and deny it but it’s still there, in the background. People without beards tend to be quite simple and gullible so it wasn’t hard for the shaving industry to trick them into routinely shaving with decades of advertising and social conditioning. Thankfully, people started to wake up and realised that the only barrier to them growing a really cracking beard was themselves. So lots of men had embraced beards, but bearded men were not being embraced. Everywhere we went, people were reporting that their beard seemed to be a romantic disadvantage. The song ‘You Should Consider Having Sex With a Bearded Man’ was written as a way of fixing this problem by suggesting, in a not too forceful way, that bearded people should be given more of a look in during the sexual selection process.”

S] What are your other plans for the rest of the year?

N] “We’ll be touring Europe and Australia (from September through October) for our ten year anniversary tour, as well as putting out our 58th song about beards, and putting out a ‘best of’ album and a live album. After that we’ll mainly be hanging around in the shaving aisle of our local supermarket, dissuading people from shaving.”