Dillinger Escape Plan have long been hailed as one of the most intense bands in modern heavy metal, their overwhelming mix of progressive, electronic, hardcore and rock sounds has captivated fans from all over the globe. Before the band headline the Jagermeister Stage at Leeds’ Damnation Festival in November, we catch up with the band’s bassist Liam Wilson to talk about playing the event, touring the UK and the next step. 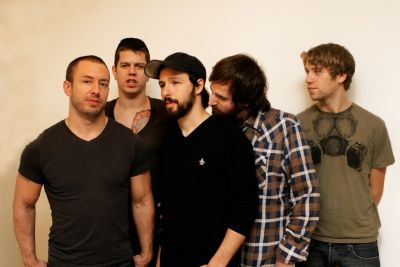 “Playing live represents the most true expression of who we are”

S] You are playing Leeds’ Damnation Festival next month alongside some great British talent including Rolo Tomassi and Paradise Lost – how do you feel about being on the bill?

LW] From our past experiences with Reading, Leeds and Download. We’ve come to the universal conclusion that the UK truly knows how to throw a festival the right way, and this being the only festival on this headlining tour, and our first ‘Fall’ festival in the UK, we’re all pretty excited and honored to be a part of it. The line-up seems interesting without being overwhelming, and although we haven’t even met them yet, we’re looking forward to doing it with Rolo Tomassi, since we’ll be on tour with them anyway and we’ll hopefully have some of our tour-vibe carry over into our performances.

S] Any surprises planned for the live show on tour – will you be extending on the already immense light show with the interactive sensors for example?

LW] If we told you, then it wouldn’t be a surprise, now would it? We’re coming prepared, I’ll say that much.

S] You’ve been known to do some incredibly extreme stuff out live over the years – how do you prefer that live atmosphere nowadays (after some pretty brutal shows over the last decade and more) in contrast to staying in the studio?

LW] We’ve never really considered ourselves a studio band. Although we enjoy the nature and craftsmanship of writing and recording, that whole process seems to be just some necessary prerequisite to getting us back out on the road again with fresh material and a refreshed attitude towards the whole touring circuit. Playing live for me, and I’m pretty certain I can speak for the rest of the band as well, is the true, or at least most well-rounded expression of who we are, what we do, and what our attitude and agenda is. Although the satisfaction of hearing the final recorded material is paramount in our creative expression, but once that material is released to the public and we start booking tours again, we’re reminded how much we enjoy the interactivity of performing live with our fans participating in the experience.

S] What’s next for DEP following the festival and into Christmas and the new year after the mammoth European tour that you are doing? 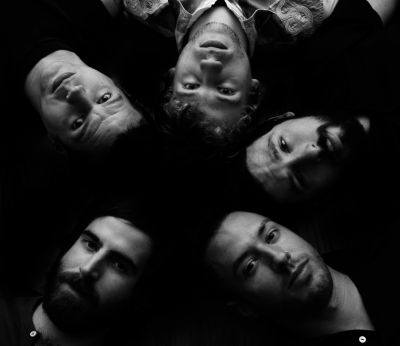 LW] After this tour, we’re all planning to take some personal time off to do various things like travel purely for pleasure, work on other musical and non-musical projects, and get ready for another extended North American tour potentially starting early February. Beyond that, we’re not really sure. I think all of us are looking forward to having some free, quality time with family and friends over the holidays and just take things slow and easy, recuperate from a fierce year of touring, and reorganise ourselves for 2011.

S] How do you feel the UK receives your music in contrast to fans at home in the States?

LW] I almost hate to admit it, because sometimes I feel like I’m rooting for the ‘away team’, but the UK is truly one of our most solid and reciprocating audiences anywhere in the world. The US audiences seem so much more fickle, superficial, and cliquey, whereas the UK audiences don’t seem to care too much about anything more than whether something is good or bad. They don’t seem to compartmentalise the bands they like, and consequently our audiences there seem to be much less homogenised and free to enjoy whatever they want without the overwhelming pressures of peers and press. Things seem to have more of a shelf-life in the UK, the US seems to devour artists by first over-hyping and over-inflating them, and simultaneously forgetting about them and quickly moving on to the next fast-food-esque assembly-lined style or sound.

S] Since we are approaching the end of this year, what’s been the defining moment for Dillinger in 2010?

LW] With the release of ‘Option Paralysis‘ earlier this Spring, we really seemed to finally find a line-up that works in the studio and on the road. This may be the first time in Dillinger history that we’ll write and record more than one record with the same personnel, which is exciting and relieving. We’ve also spent a lot of time, energy (and money) developing our live production peripherals with the addition of a new light show and someone as passionate about the design and aesthetic of the lights as we are with the music. Although it still has yet to officially happen, within the next few weeks we’ll be playing Israel and Greece for the first time, and last week we played our first show in Slovakia as well. Although we tour almost non-stop, the excitement of playing new places for new faces never gets old.

S] You’ve always had good ideas in terms of self-promotion and interacting with fans utilising special edition t-shirts and the like, do you have any more ideas in the near future that you can share with us?

LW] We’ve considered a few things, like a screen-printed poster shop with any extra show posters we’ve all collected over the years, and we plan on doing another series of shirts for ‘Option Paralysis‘ and beyond. There’s really no way of knowing how many fans attending our shows, downloaded our record for free vs. purchasing it, but there’s no denying the support from fans who buy and wear merch, and any chance I get, I try to thank them personally, and even more so when I see an old shirt I forgot we made from a past tour – which lets me know they’ve been a fan for a while, or any of those limited shirts, because it shows they’re really interested and aware of what the band is up to even when we aren’t touring anywhere near them. In this day and age, those self-promotions are some of the only ways bands of our size really stay afloat, so it really means a lot to see and feel the support. Screw that junk about wearing shirts of the band you’re going to see at the show, we love seeing it!

S] What are your forthcoming plans with regard to the band’s label Party Smasher Inc?

LW] At present, our only plans are to just keep putting the logo on anything we release, regardless of what labels we may or may not be working in conjunction with. This time around, we had Season Of Mist help us fund the recording, help us facilitate all the crazy packaging ideas and distribute the record worldwide, but no matter if or who we team up with in the future, that logo will help keep things consistent for our fans. It’s basically a Dillinger quality control or official seal of approval, and it will always function as at least that, but who knows if and what it’ll grow into over the years. Ultimately, we just wanted to demonstrate to our fans, ourselves and anyone else who may be tuning in that we had some firm grasp over our artistic integrity going forward.

S] You have been known to get involved and collaborate with other artists like Trent Reznor, Mike Patton and labels like Seasons Of Mist in the past – is there anything planned for the near future?

LW] Collaborations like those examples seem to occur when we’re not really even consciously searching for them. At the moment we don’t have anything in the pipeline besides assembling interesting tour packages, but that’s not to suggest that we’re not open to possibilities along the way.

S] Taking into account your success and impact on alternative music, how has the band’s aims and objectives developed since you started out with ‘Calculating Infinity’ to now with ‘Option Paralysis’ apart from the obvious line-up changes and injuries that have arguably come as part of the course for such an “intense” band?

LW] Well, I guess we’re a lot more aware of our impact, for better and for worse, so as much as we can, we simply try to ignore it and keep doing what we’ve always been doing without feeling the outside pressures swaying us one way or another. We try to do things in a vacuum, and keep things somewhat selfish since we feel like paying too much attention to press and such issues often influences our unique creative process and output. Even though we know our fanbase is as much a part of what we do as the members of the band are, we hope they respect our music for what it is, instead of what they feel it should be. We’re still trying to have ‘champagne tastes on a beer budget’ – and by that I mean we make any and all attempts to do what we do with as much punk “moxie” as possible without going broke or sacrificing big production values and interesting marketing techniques.

S] Are you shaping any new material already, and what can you tell us on how you anticipate that it will take Dillinger’s sound forward?

LW] There’s always a few things that start sprouting at soundchecks – ideas that for now are simply sketches of things we’re each individually practicing, learning, or developing…some technique or rhythmic concept that we may or may not even be consciously aware of as being future song ideas. So, it wouldn’t surprise me if I’ve heard something in passing these past few months that eventually becomes the start of something fresh, but at the moment, we’ve got a pretty clean slate as far as new material is concerned. Touring has our focus for now.

S] A couple of random questions now, in the spirit of Halloween – in the event of a zombie outbreak what weapon would you choose to defend yourself?

LW] A blunt object…such as an axe, and by axe I mean my bass guitar.

S] If you could out the soundtrack to any film and replace it with the sound of DEP, what film would you choose and why? 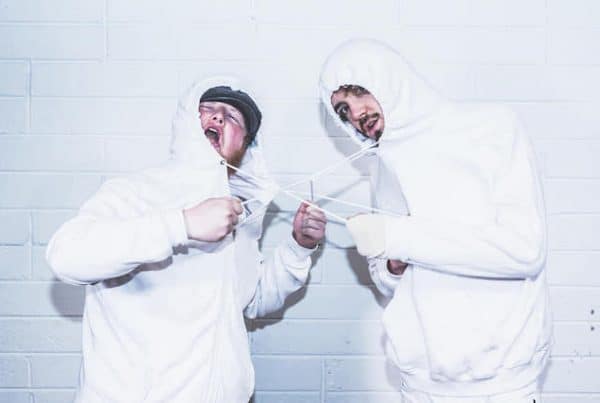