British TNA Impact Wrestling star Winter (Katrina Waters who was also WWE’s Katie Lea Burchill) has only been with the company since October 2010, making her televised début on 21st of that month. Since debuting, Winter has gone on to win the TNA Knockouts Tag Team championships with Angelina Love and has even gone onto beat Mickie James twice for the TNA Knockouts Championship. We talk to Katrina about her career, get tips for young wrestlers and discuss the future. 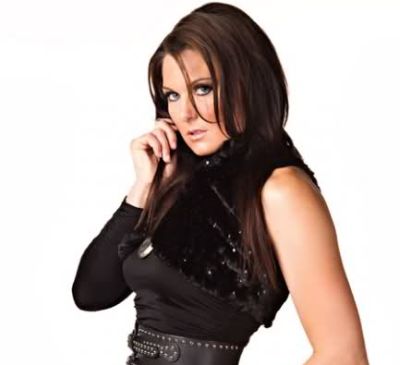 “I’ve had the chance to develop a really strong character”

S] How are you looking forward to the Impact Wrestling UK tour in 2012?

W] “Well, actually, I may or may not be on it. I’m not really sure yet but if I was, I’d really be looking forward to it. It sounds amazing. I’ve heard great things about the English shows. I haven’t experienced a UK tour yet so I’m fingers crossing as of right now.”

S] When you get the chance to go back, do you have a favourite place you like to visit or anywhere you like really checking out?

W] “I really enjoy London, I spend a lot of time there when I can, so I enjoy trying to meet as many of my friends as possible and I have other family that I get to see including my sister, so that’s great!”

S] In terms of your wrestling career in TNA Impact Wrestling, how are you enjoying working on the Winter character?

W] “Well, I’m really enjoying the Winter character mainly because I’ve had the chance to come in and have a proper storyline. I’ve been doing a lot of backstage promos and ringside promos and run-ins during matches and that’s fantastic. I’ve got the chance to develop a stronger character than I’ve ever had, so that’s been really exciting for me.”

S] Did you have any ideas for the character that you worked with Impact Wrestling on?

W] “Yeah, it’s always been a work in progress and I’m always going to have input no matter what, which is great. As a wrestler, you can have a starting point for the character and you can add in storylines and the things you’re supposed to say or do, but when you’re walking down the aisle to the ring, just the way you move or talk or act and certain things become part of who you are, so when you’re doing it, the character just naturally evolves.”

S] As someone who’s worked so hard on the independent circuit and obviously as a European performer who has come from the UK to the States, what kind of advice would you give to a young performer who is trying to make that jump from the UK or Europe into the American wrestling circuit?

W] “I think the main thing is to enjoy it, you know, as you’re doing it. You have to love it. You can have the ultimate goal to make that jump to go to the States to work for the WWE or TNA but you have to make it about the art and your creativity and about your joy of going out there and performing because if you’re only doing it because you want to make that jump into the ‘big-time’ then it’s going to be very frustrating for you.

I wrestled for free, and I wrestled for very little money for years. It wasn’t, for me, about convincing myself, ‘One day, it’s going to pay off’. It paid off at the time because I enjoyed it. It’s about loving what you’re doing at the time, you know, driving ten hours between shows is not a sacrifice if you love it that much. It’s only a sacrifice if you’re thinking, ‘Oh, maybe one day I’ll make loads of money by doing this’.”

S] Is it as scary to go into an environment working with a number of established performers? Or is it literally everybody getting together with the love of the business?

W] “Well, it’s a bit of both. Obviously I don’t walk into work each day and see certain people like Hulk Hogan or Sting walking around and scream: ‘Oh my God’ but there’s always that part where I’m amazed to be working with these people. At the beginning, anyway, they’ll be a sort of guide.”

S] What about yourself and your career, even with your years of experience and working in the indie promotions and also the mainstream ones like WWE and TNA, do you find yourself learning more about yourself as a performer?

W] “You can never, ever stop learning. Sometimes I’ll feel like I’m doing well and sometimes I’ll be like, ‘I haven’t even scratched the surface’ and there’s so many aspects to it. On the one side, there’s the physicality of it. You know, you could do all the flips in the world and do all the dives and do all the high-flying, but then there’s still the aspect of how to build a character and how to talk. There’s also things to consider like how to build a match, how to keep the audience interested. Not just in the ring, technically, but also in the story, with the drama there. There’s so many different aspects to things and to master all of that completely, I think that’s impossible.”

S] Do you feel like you learn that stuff as you go then? It’s not the kind of thing you can read in books, is it?

W] “Half of it you learn as you go along by experience, it might be out of the ring and you do something you’ve never done before or maybe the way you carry yourself one day or the way you speak to an audience member or the way that you do a move that you haven’t done before and then you find out that works, so that kind of experience. Also, we have agents backstage [the likes of D’Lo Brown and Al Snow] that you can ask any questions and sit there all day long, so you know how to do your job better. There’s some tremendous people backstage that we have access to.”

S] Obviously there’s a big emphasis on when you first get into the wrestling ring of learning how to fall and learning how to take bumps and things like that, can you remember how you learned and were you quite nervous or scared? Was it an entertaining moment for you?

W] “I don’t remember being scared or nervous but I do remember being terribly excited. Here I was, having seen these things on TV and I never thought it was possible for me to learn them. I realised that I was about to perform a suplex for the very first time, and it was like the most nostalgic thing ever, it was just unreal. I just had this fascination with watching wrestling on TV and then I found this wrestling school so I went there. Just that moment of realisation I was about to learn these things and perform that suplex, it was the most exciting thing in the world back then.”

S] We’ve read several interviews from various wrestling stars such as Kelly Kelly from WWE who credit you for teaching them and helping them learn their craft in the wrestling ring. Is it important for you now, in your position, to support less-experienced wrestlers?

W] “Yeah, fully. Because once we’re gone, they’re going to take over. It also helps you work better, you know, if you have someone coming in and they learn for themselves, then it doesn’t really benefit you because the better you guys can work together, the better the show is going to be.”

S] Is there anything you want to add or anything you think we may have missed? Or do you have anything to say to the UK fans or the tour fans? 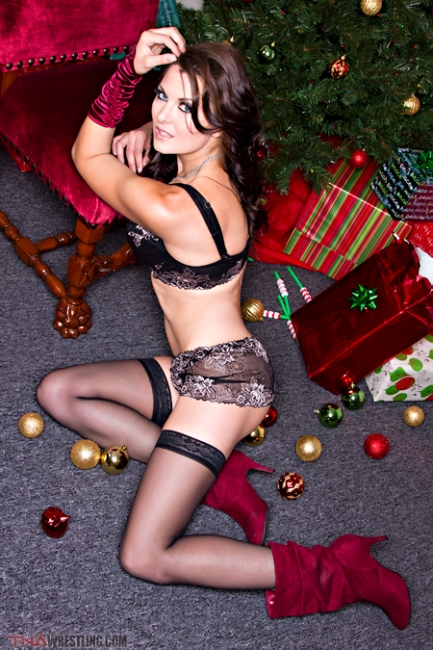