Before their headline show at the Brudenell Social Club in Leeds this past Monday we caught up with True Widow drummer Timothy ‘Slim’ Starks to discuss touring, Texas and a few other things: 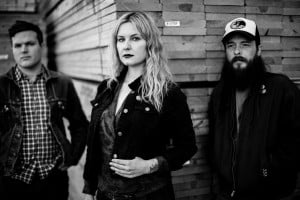 Soundsphere Magazine: What can you tell me about the band’s roots? How did you get together?

Tim Starks: Dan [Phillips, guitarist and vocalist] and I have known each other for a really long time and tinkered with music off and on but he always had other projects going on. After a while he found himself without a current project and he had this batch of songs so we’d just get together when we weren’t working and jam on his songs. Then we wanted to find a bass player and wanted to hear a girl’s voice on some of the songs so some people recommended Nicole [Estill, bassist and vocalist] to us and we went and saw her old band play. We were in to it and invited her to come over and from there everything just kinda clicked.

We were still just doing that on our downtime really so it was more of a hobby, nobody really thought much about it other than just getting together and making some noise.

SM: How do you view your evolution as a band since the early days? Would you say your latest album ‘Circumambulation’ is more compact?

TS: Yeah, the third album’s more stripped down I would say. You know, the first and second albums were double LPs and the latest is a single LP, but we don’t really have a gameplan as far as that goes, we just kinda wing it. I would say the main difference now is just that we write more on the road because we tour a lot but for the most part it’s the same. Whenever we had the day off from work we’d get together and hang out and now because we do more band stuff in general there’ll be times when we just get together and hang out and don’t actually do anything musical. 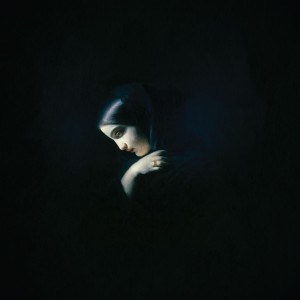 The cover of the band’s latest album ‘Circumambulation’

SM: Did you want to be a drummer in a band before the band started, or did it all just come about?

TS: I never really had any aspirations to play drums, man. Dan was auditioning a few different drummers but we had all of our gear in our warehouse so we shared our jam space together which meant I was hearing it just from being at home. I knew he was getting frustrated because nothing was working out, and then one day he was like “why don’t you try?”

I was musical before that, I’d played other instruments before but it’s been a lot of fun, I’ve really taken to it I think. I enjoy it just as much as any instrument I play now.

SM: Awesome. Would you say the band has any particular influences in terms of what you listen to and what you decide to bring out?

TS: Influences have always been weird because the three of us are pretty different about our personal tastes. We’re three decisively individual individuals. There’s a few things that we share in common and those tend to open doors to other things but for the most part we try and build off of what we’ve done before, not repeat that but try and stay creative in that same vein you know. It’s more about looking back to our work in the past and building that than looking for new inspiration. Sometimes we’ll hear stuff and everyone will get stoked on it or whatever but that doesn’t necessarily cross in to what we’re trying to accomplish.

SM: Was it always the case that you were going to be a band in your particular genre or was it just that sound that you liked the most and you decided as a group would be the one that worked?

TS: The latter, I think. We had an idea of sounds, not a full band sound but like a guitar sound or a floor tom sound. We had these specific ideas but we also wanted to try and merge sounds together that might not necessarily be an instant fit and I think that’s something that still keeps us on our toes. We set up a lot of barricades for ourselves of stuff that we just weren’t gonna do as opposed to what we were gonna do. That’s kinda how we went forward in getting to where we got in the end.

SM: We saw that you toured with Kurt Vile at the end of last year, how was that experience?

TS: Yeah, we came here to this venue actually in December. It was awesome, man. We met him several years ago and we ended up doing a few US tours with him. After a while he asked us whether we were interested in going out again which came just after we had just done a whole US tour with Chelsea Wolfe and we sorta wanted to tour other places, so when Kurt came to us and told us he was going out to Europe so we were just like “alright, we’re in!” So we came over and did that, and even though we had already been working on booking a tour for ourselves the Kurt deal ended up being cool because Kurt allowed us to play some pretty incredible venues, some massive places that we haven’t played on our own and we just had a lot of fun with him.

It definitely didn’t feel like we were as far from home as when we had come over here ourselves when it was pretty daunting but he made us feel more at home out here. I imagine we’ll probably do more shows with Kurt, it’s a good fit and we all like each other a lot. Tours in the past have always gone well, so there’s no reason why not.

SM: You mentioned earlier that you wanted a female voice to go with Dan’s on the records. Was that because some songs were written that way or was it a more aesthetic choice on your behalf?

TS: We’d heard other bands and liked that they had that dynamic, so we wanted to see if it worked for us. As soon as we got Nicole hooked in then it became a deal where Dan was writing specifically for her. She’s really come on in her own right in the last couple of records and our eyes opened up to all these different possibilities and what we could do with it. We just try and get her up there as much as possible, you know. She’s got a great voice.

SM: She definitely does. How does the song-writing process work? Do you normally go in to the studio with something or are some of the songs more improvised while you’re in there?

TS: We don’t do much writing in the studio since just from a financial end it doesn’t make much sense. It’s better for us to get in and get out so we’ll gather up songs until we feel like we have enough to go in and then try and do a session like that. If we have time we might demo ourselves and we have in the past, but with the newest record that we did we didn’t do any of the stuff ourselves and just went straight in there and recorded everything which was pretty cool.

After that we didn’t know if we even wanted to demo the stuff anymore since the record worked out alright, and also because we used to record ourselves on a little ADAT or something so we could work out what we really liked for when we went in to the studio, but if you’ve fallen in love with a demo version of a song it’s really hard to recreate that infatuation in the studio. It’s part of our roots and maybe we would like to go back and make an EP ourselves to recapture some of that since we’ve realised we might actually sound a lot better than we thought we did just jamming! A little three-song thing in between records maybe. 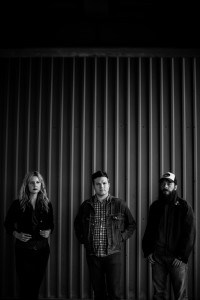 SM: That would be really cool. Does being from Texas have any bearing on your music?

TS: The pace of it maybe. It’s a pretty laid back place.

SM: The music scene we can think of there are bands like The Black Angels or And You Will Know Us By The Trail of Dead and both do have that laid back sound.

TS: We’ve supported Trail of Dead and they were a huge band for me, some of their early records are some of my favourites. For me there is definitely a lineage of Texas music that I take pride in. Once we started getting invitations to go out and play and we were representing Texas it was really cool. A lot of bands in Texas only exist in Texas because it’s a really big place and you can tour it and do pretty well, so you really need an extra leg to get up and out of there. We were fortunate to get that break and we kinda just ran with it.

In terms of the sound, we’ve got a few music videos for our songs that were filmed in Sweden, and people have come to associate us with the cold and these great expanses so maybe us being from Texas doesn’t make sense to them, but Texas has got those sorts of places too. It may be deserts but it’s still a lot of barren land and that feeling of isolation is still there. There are no lyrics that reference Texas specifically or anything though, it’s mainly just a sort of mood influence.

SM: Is there any particular thing about this European tour that you’re looking forward to?

TS: We’re going to a lot of new places like the Czech Republic and Moscow, so I’m really looking forward to all the new experiences and the chance to play to more people. It’s gonna be really cool.

SM: And finally, have you been listening to anyone in particular that you’d like to recommend?

TS: Well, there’s the local Leeds guys Eagulls who I really like and then there’s Windhand who are this super heavy, doomy band. Their records are excellent and even though we like to give our ears a break from rock music and maybe listen to comedy or something on the road we all think their latest record is excellent. If we were heavier and doomier I’d want us to sound like them. They’re just badass, man, you listen to their stuff and you’re like “oh my God this is incredible!”

SM: We’ll definitely make sure to check them out. Thanks a lot, Tim.

With those final words Tim went off to get ready for the show and we made our way in to the venue to have our socks well and truly knocked off.