Christopher Hall talks about Stabbing Westward’s new album, ‘Chasing Ghosts’, and deep dives talking about The Dreaming, and why he’s at least a little happier than he used to be. 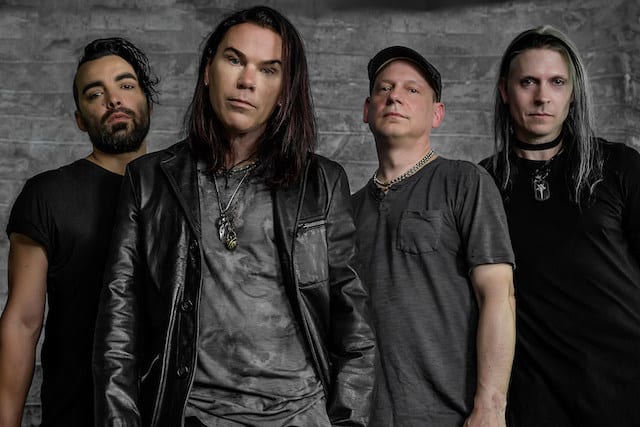 Christopher says that while it certainly seemed like the band was successful in the early days, things were always more chaotic than they appeared: “It seemed like we had success in the early days, and you can see the gold records on my wall, but we didn’t make any money, and there was a lot of fighting.” Along with that, came the drinking and partying for Hall and his bandmates: “It wasn’t really partying as much as it was numbing [the pain] you know? So even though we were considered successful then, I’m happier now.”

For Christopher in 2022, success as a whole means being able to release music on his own terms, and having fans enjoy it: “Number of units sold doesn’t really mean as much any more, because we’re not doing it for our livelihood. Now, it’s the satisfaction we have in making the music.”

There are some surprising revelations to come as Christopher reflects on ‘Darkest Days’ and ten years of intensity with the band: “It was so overwhelming in a lot of ways, but also unbelievably boring: “In the early days at shows I could go out into the audience and watch my friends play, but then it reached a point where you couldn’t really do that without causing a scene. So, you end up hanging backstage waiting to play. It was like 23 hours of waiting for one hour of joy. That went on for a decade.”

For a while, Hall says that when Stabbing “made it”, he thought everything would be easier: “I remember when we got our first gold record, I was oddly super disappointed because I’d always envisioned in my mind as a kid, that when I reached the point of being a ‘rockstar’, then everything would be great. It was the same. I was the same person with the same problems.”

After Stabbing Westward came to ahead originally, Christopher mentions that it was becoming a dad that helped him to develop as a person: “That changed everything. I would put everything I had into music, and it would scratch an itch. Now, I have the kids, it’s given me a purpose beyond anything I ever had before.”

As Hall reflects on his time in The Dreaming, he says that people might look at is as a “failed follow-up to Stabbing”, but it wasn’t intended to be that way: “I hit reset after Stabbing broke up. We wanted to become a local band who became important in the Hollywood rock scene at the time, and for me it was about breaking free of the way Stabbing Westward wrote.”

During this time, Christopher taught himself how to write a whole song, and become a producer, as previously other members of Stabbing had taken on those duties. Hall interned with producer with Brian Carlstrom who was the engineer on ‘Darkest Days’, getting coffee, tacos for him, and learning how to run a studio: “It took about three years, and eventually he was giving me projects, and bands to work with.”

This reaction from Christopher was born out of Stabbing’s ending, around the time the music industry was falling apart and the band had to cut expenses, getting rid of crew members, and basically start fresh, setting up their own gear and getting in a van to travel: “If we had just gone for it, and been willing to go back in the trenches, and fight for it we would have made it.

Everyone got so cushy, why are we paying someone 1500 dollars a week to set up a guitar amp when it takes five minutes! It was this mentality where we had to have two buses, and we each had to have our own hotel room. We couldn’t afford to keep doing it,” Christopher says. “Rather than going back to our roots, we couldn’t continue on, and that’s what made me upset. I went back into the trenches and learned the tools I needed to get to the next level. Now, we have none of that stuff, we are very stripped down. We’re not there to be treated like rock stars, we’re there to entertain our fans and make music.”

A good number of people were pleasantly surprised when Stabbing Westward came back with new material, and a new album, but there have certainly been a few voices saying: “what took so long?”: “I was in The Dreaming for 15 years,” says Hall. “Walter [Flakus] was living his life working in radio. I didn’t see him for all that time. He and I reunited at my dad’s funeral, and it was the first time I’d seen him in a decade. We got talking.” Walter complimented Christopher’s work in The Dreaming, and said that he’d been working on music, but had nothing to do with it. Christopher then asked to put some vocals on the music Walter had been working on, and the rest is history, as they say. “That’s how we did that last Dreaming record.”

There was initially some question as to whether Christopher and Walter could use the Stabbing Westward name, because of how the band’s management had dissolved the project, but following an invite to play Coldwaves Festival, they were able to get the former members’ blessing to continue using the name, and move forward. “We started playing shows, and people were hiring us to play festivals and shows, but we didn’t have any new music, so we would play a collection of our hits, but people wanted new songs.”

Following a collective decision to do something new, the band committed with label COP International, and producer John Fryer. “I’m super glad we did the new record. If I wasn’t writing new songs, I wouldn’t be nearly as excited to be in the band.”

Listen to and watch the full chat below, where Christopher discusses his attitude to industrial music, the band’s “legacy”, developing ‘Chasing Ghosts’ and more…