The brothers have continuously poured collective heart and soul into their work, and that has made them one of the most respected bands on the UK scene over the last decade, but that kind of reputation doesn’t come without a strong catalogue of thought-provoking tunes.

James comments on the longevity of Deaf Havana’s songs, in his own mind: “I don’t learn a lot about myself when I’m writing [the songs], but further down the line, definitely,” he says. “I’ll reflect on how things were at the point, or how to do things differently next time around.”  Matthew continues: “With a bit of distance, it’s often surprising what you can pull out [of those songs]. It’s interesting that things that mean one thing when you first write a song can change over time, and then you pull a different meaning out of it.”

As many longtime followers may note, locations [like ‘Pensacola’ and ‘Boston Square’], have always played a big part in Deaf Havana’s material, that is until ‘Rituals’, and new album, ‘The Present Is A Foreign Land’ – James laughs that the reason places haven’t formed titles on recent material is because they haven’t actually travelled anywhere, because of Covid. Still, he reflects on how places have always been a big part of the band’s overall creative flow: “Even if the song as a whole isn’t about that place that it’s called, like ‘Seattle’ isn’t really about that place, it just so happens to be the first place that we played in [the US], so it definitely anchors us to a memory and that’s why I do it.”

Deaf Havana have always been reviewed favourably for the honesty, and meaning behind their lyrics, here, James gives us some insight into what writing means to him: “I love storytelling lyrics, that are honest. It’s so different for everyone. My favourite lyricists make me feel, think and connect,” says James. “It’s how I feel when I write [the song], I love little specific things in lyrics that you can connect with – like Easter eggs. I sometimes put obscure things in there, hoping that somebody gets it. I want good stories, that are real.”

Looking at specific songs on the record then, ‘Kids’ is a standout. The track examines how perceptions and dreams of success change as we get older. James talks about his own definitions of success, and what the word means to him now: “There’s some stuff that we have done that I never thought we would be able to do like travelling around the world with songs that we wrote in our bedroom. It’s weird, some specific things I would never have dreamed of doing. There are somethings that are not as cool as you think they are going to be.”

Despite the unit’s ability to tour internationally, and the large streaming numbers, James doesn’t consider them to be a particularly successful band: “It’s all relative, if I look at some people around me, I’m not successful because I have less money than them, but if I look at it in terms of overall life experience, I am way more successful. The old, boring version of me would like to get to a point where I don’t have to worry about money.” Matthew counters that, in terms of creating this record at least, they are successful, as they have achieved everything they’d wanted for an album: “The society we live in is so irrevocably tied to money, which is unhealthy. It should be about so much more.”

This new album marks the first time the two have really zeroed in on creating together, rather than with external influences, and/or other band members. We wonder if that had any impact on their relationship as brothers? Matthew comments: “It’s definitely hard at times, but in the studio it was smooth, because of our understanding of each other. It’s like a non-verbal shorthand. It has its positives in that way.”

The band goes on to talk about their inherent British-ness, and how that bleeds in to who they are as people, but also as musicians: Matthew says: “If I were to act more ‘confident’ it would be fake,” he says. “I don’t have any self-confidence, and that’s just how we are.”

There is undoubtedly and authenticity about Deaf Havana, now in 2022 as they consider the impact of their music, and what it means to make it. Ending our chat with a message to those who are invested in the band, and the new album, James says that it’s always been about that connection with the fans and supporters: “Most of the songs that I write about, are about a sh** period in my life that I got through,” he says. “This album means more to me, it’s is way more authentic than the others, I hope people can connect with it, and it helps them get through a tough period.”

Matthew concludes: “My experience with music is so personal – if anyone can get something even close to what I got out of some of my favourite records [in terms of a connection] to our new album, then the job is done.”

Watch, and listen to the full chat where the band describe songwriting, creative processes and more, below: 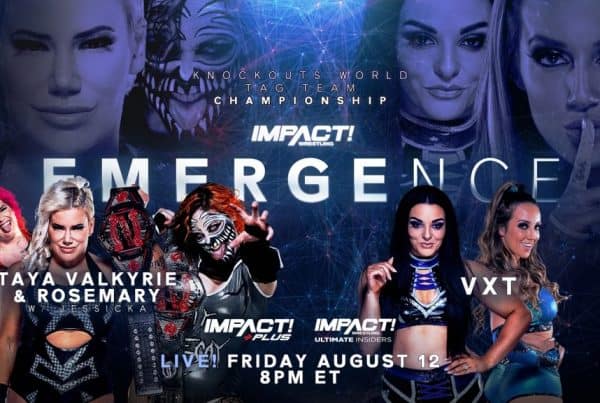