Hailing from Johannesburg and currently based in Berlin, Dear Reader (aka Cheri MacNeil) prepares to release her second album. 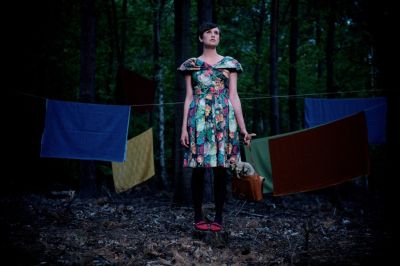 Entitled ‘Idealistic Animals’, the eleven-track LP is described as “a break-up record with religion”. MacNeil explains: “Faith made me feel like I meant something, that I had a purpose and a role to play in a greater narrative – everything that happened, happened for a reason. Now that I’ve lost that belief, everything seems aimless and chaotic, and I’m still coming to terms with the fact that I feel like I’m at the mercy of completely random elements.”

MacNeil performs just one UK date on an upcoming European tour, appearing alongside Laura Gibson at London’s The Social on January 16.

‘Idealistic Animals’ is released on January 9 on City Slang Records. You can discover more about Dear Reader and her music by visiting her website.