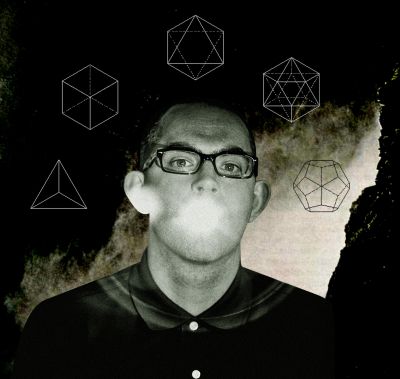 Diagrams bears all the invention and imagination of the band Genders founded with Mike Lindsay, who has led Tunng since Genders’ departure, but channels it in a different direction. This is crisp, minimalist pop music that fizzes with electronic effects, synth-bass, programmed beats and low-key funk grooves, bringing to mind the leftfield pop of Arthur Russell, Metronomy, Hot Chip, Steve Mason and Peter Gabriel. “I feel like this music is less lo-fi than the music I’ve made in the past,” says Genders. “It’s quite precise and angular in places, so Diagrams felt perfect.”

The project also marks Genders’ return to performance. After quitting Tunng, his professional focus fell on production and writing for artists such as former Gomez front man Ben Ottewell and Brazilian chanteuse Cibelle. Personally, he’s been preoccupied with getting his life back on track.

“I was in quite a dark place personally before and, to an extent, during Tunng and I needed to stop and take a break to work on myself a bit and find my self-confidence,” he says. “I cured myself by working in an inner city primary school for three years. I’ve come out of myself a lot and the music has come from that.”

That period of reinvention has ingrained itself in new album ‘Black Light’ which was released on January 16 via Full Time Hobby. “I like the idea that good and bad or dark and light aren’t always so clear. Sometimes the most difficult experiences can lead to the best things in life. Life is full of good and bad, dark and light. That’s just how it is,” says Genders.

Diagrams will tour in support of ‘Black Light’ for the following dates.