Jason Baker talks his work with Triple H and Bray Wyatt in WWE, Slipknot and The Black Phone masks

Home » Jason Baker talks his work with Triple H and Bray Wyatt in WWE, Slipknot and The Black Phone masks

Callosum Studios’ Jason Baker sits down with Dom and talks all about his success in the VFX industry, discussing his career highlights over the years, he believes that the key to his success and happiness is that he’s doing something he loves and enjoys as his job. 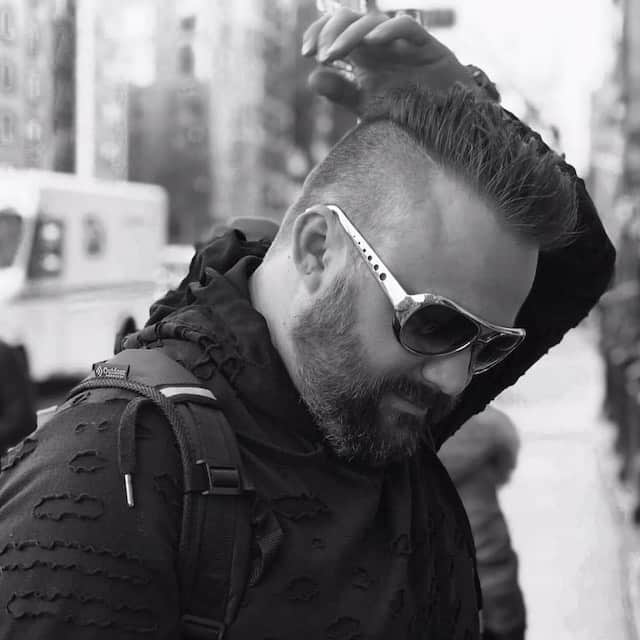 “I think John Lennon said it best ‘if you wake up in the morning and you go to bed and you don’t ever feel like you’re working, that’s success’ I wake up and I’m legitimately happy. There’s stressful times and this and that but all in all I love what I do, I love my life and I love my job and you get paid to do that!”

When working to such tight deadlines it can all become quite overwhelming, Jason Baker discusses how he keeps the stress and nerves under control and deals with it when he’s working for big clients.

“You just keep pushing forward, you know I’m an artist and I hate everything that I do! Everything I do I think it could be better, but I think that’s just apart of being an artist. You’re never 100% satisfied with it, but then you know when a stranger comes up to you and says hey man, I really like your stuff! It’s like okay maybe I’ll sleep a little better tonight because it wasn’t that horrible. It’s part of being an artist wanting to always change and evolve and build your skills.”

In the make-up artist/ VFX industry there are limits to how creative you can be when a client wants to work with you, Jason talks about some of those creative restrictions:

“It really depends on the project and the client, WWE did give me and Bray Wyatt a lot of creative freedom but also a lot of times everything had to get approved, so there was always little tweaks and changes. Or we work with film makers and directors who have a very particular vision, and our job is to bring that to life.”

Jason goes on to make it clear that for each client you must be adaptable to what they want from you as an artist:

“For example, if you’re working with WWE and creating a mask for them, it’s like safety first a big thing we have to do is to make sure it’s comfortable, durable and that they can see out of it and also it’s a big thing for film sets, you’ve got to make the actors comfortable.”

It is easy to compare yourself to other people who have made it in a certain career that you want to pursue, especially if you are seeing their work everywhere if they are famous and you aspire to be just like them, Jason believes you should only aspire to be you and not compare yourself:

“I’m a middle child so I’ve been comparing myself to my older sister and little brother for 30+ years! You’ve just got to get rid of jealousy, it’s not even competition, you should be praising other artists. It’s a collaboration and it’s a community, there’s no reason to have this bitter, slit throat mentality towards other artists or other people working. Don’t be bitter, be better”

Jason has worked with Slipknot, designing, and creating their masks, who are one of his top three artists:

“I was the biggest Slipknot fan when I was younger so getting to work with them was an absolute dream come true. I also have and still work with Misfits, and they were my favourite band growing up too and Bowie would’ve been great to work with!”

Jason has worked with many wrestlers from WWE, reflecting on who he’s worked with he tells us his favourites:

“Everybody I’ve worked with at WWE has been amazing, Triple H was amazing, Rowan, Bray, even the retribution guys are really cool. I got to do a lot of stuff with Brodie Lee, everybody’s been great. I think Triple H’s gold crown from Wrestle mania 30 always stands out with me because that was the very first thing, I did for both WWE and with Tom.”

So, you’re a someone who is wanting to make it big in VFX, Jason gives some advice and tips on what he’d be looking for at Collosum Studios:

“I think you just need to have a good attitude and show me what you’ve done, we’re always wanting to work with the best, but I’m never opposed to giving someone a break and helping them out. If you listen and have a good attitude, we’ll figure out a place for you.”

What exciting things are coming up for Jason and Collosum studios?

“We’ve worked on the movie ‘The Black Phone’, directed by Scott Derrickson and with Ethan Hawke we did the masks for ‘the grabber’- the killer of the movie. It was really fun to do, so we made them and thought these are super scary and then we went to do the test video on Ethan Hawke and the moment he put them on, he had a mirror, and he was sort of just looking at himself and doing all of these things and just staring things down, I was like ‘ok this is terrifying… I don’t like this I’m going to go’.

Aside from working on a film like ‘The Black Phone’ designing masks for Bray Wyatt for example is quite similar work but they both have their differences as Jason goes on to explain:

“They’re both just sort of what people have in mind, the script for example for the movie had a particular description and we evolved it from there, it’s sort of the same process with Bray- they have an idea we kind of work with it, tweak it and they come up with the final design and then we start to sculpt it, it’s a whole process, sometimes little things will change in the sculpt and then when we mould it and then the paint job and everything else and then when you’re done it comes to life.

Doing something for Bray, obviously we need it to be a lot more durable, we do a little thing called the Triple H test so if we throw it across the room and it survives then it’s probably good enough for WWE because Triple H used to break everything, we made for him, so if we like kick, it and it holds up then we’re good.

Comparing this to something like Black Phone where Ethan Hawke could be wearing this for possibly 14 hours per day, taking it on and off and you don’t ever want to restrict his performance so one of the things we really want to do is make it as comfortable as possible and as light as possible, it’s really interesting trying to figure out the science of it all!”

What message would you like to send out to people who have supported you?

“I’m so lucky, my parents have always been big supporters, and my wife is my biggest supporter and I’m so grateful for people like you for allowing me to tell my story.”

Check out the video from the chat on our wrestling podcast, Gimme A Hull Yeah!