Matt Cardona on his creative inspirations, feuding with Brian Myers in Impact and more

Matt Cardona is back in Impact Wrestling and the ever-enthusiastic star is “Always Ready” to grab new opportunities as he embarks on the next stage of his pro wrestling journey. 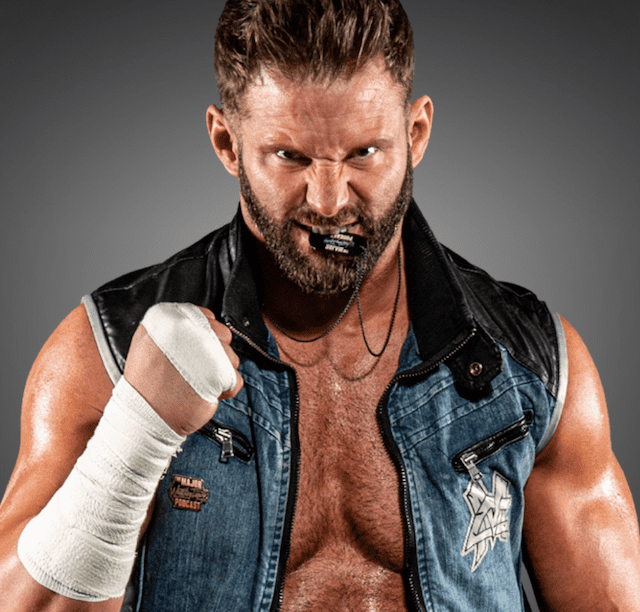 In a wide-ranging interview with Soundsphere, Cardona talks the end of his WWE run as Zack Ryder, Impact’s relationship with AEW, and his yearning for creative freedom. We also discuss life in Impact Wrestling and the forthcoming Slammiversary pay-per-view, where he has eyes on settling the score with former tag-team partner Brian Myers. Is he one day bound for the Impact World Championship? You know it…bro.

“Always Ready” isn’t just a catchphrase, Cardona tells us, it’s an outlook that super-powers his inspirational work ethic, his ability to constantly push for new creative outlets, and his ambitions for the next stage of his wrestling career. Alongside his return to Impact Wrestling, he’s a major part of EC3’s experimental Free The Narrative promotion and has three successful podcasts on the go.

“It’s incredible to be on Impact TV every week,” he says. “It’s awesome to do that, but also to work on the Major Wrestling Figure podcast, or the Major Pod Network, Do Free The Narrative and shows on the independents.

“I’m a very creative person, so to have this creative freedom, is just essential to me. It’s one of the things that draws me to Impact Wrestling. All the wrestlers here have this freedom. It’s a great environment. I feel like Impact and Matt Cardona’s stories are on the same path; lots of highs and lows, but we’re on the up-and-up.”

In a career encompassing epic peaks and valleys – from enhancement talent to winning the Intercontinental title at WrestleMania and back again, via self-made Internet stardom – Matt Cardona’s boundless positivity has remained constant. Few have described being “future endeavoured” by WWE as “awesome,” for example. We wanted to know the secret behind it. How does he manage to stay upbeat and optimistic on down days? Not allowing bad days to manifest in the first place, helps, he says.

“Every day when I get out of bed, I list five things that I’m grateful for and five goals and it puts me in a positive mindset for the day,” he tells us. “Yes, there are days when you don’t want to go to the gym, or whatever it is, but if you do that one thing you’re heading in the right direction. Be passionate about what your goal is and what you’re working towards, because you’re going to have to put a lot of work in and sacrifice a lot. If it’s going towards something you believe in, it won’t feel like work.”

Cardona’s ability to bounce back has typified his career. In April 2020 he was released from WWE. For many talents, that marks the beginning of the end of their wrestling journey. For Cardona, it was an opportunity for renewal and self-expression. It represented creative freedom, the ability to try new things outside of an often-restrictive environment.

“When I got released from WWE, I didn’t have the ‘this sucks’ feeling at all. To me, it was awesome. I didn’t know if I was going to re-sign, I was in contract negotiations and my contract was up in a few months. When the decision was made for me, it instantly cleared up a lot of anxiety I had, so I was relieved and excited.”

Cardona’s own story provides motivation for those – in all walks of life – unsure about whether to try something new. It’s easy to think “who’d listen?” or “what if it doesn’t work?” when mulling ideas; to stick to what works, or what doesn’t.

Cardona adds: “I was fortunate enough to get signed to WWE when I was just 20 years old and there was a time in my career where I just felt like I was there doing nothing. Instead of feeling down and defeated about it, I decided to do something about it and created my own opportunities. That’s when I created my YouTube show, a decade ago, Z True Long Island Stories.”

“Not everything I’m going to do is going to be a success, but I want to try. I’m very grateful for everything I’ve accomplished in my career, but I always want to strive for more and I think that’s a good attitude to have.”

“The catchphrase I use now is “always ready,” but I’m a firm believer in that too. You need to be always ready in life and wrestling for whatever opportunity presents itself. I’m not somebody who gets handed things, I have to scratch and claw, and I wouldn’t want it any other way.”

On the immediate horizon for Cardona is Impact Wrestling’s Slammiversary PPV. He’s eyeing a match with Brian Myers (formerly Curt Hawkins) that’s yet to be signed for the event. The pair, former Edge Heads and tag-team champs in former lives, co-founded the Major Pod Network and co-host the Major Wrestling Figure podcast on pro wrestling collectables.

“Brian Myers is my buddy, but when the red light goes on in Impact he turns into a different dude – Bad Mood Brian. We’ve won tag team titles in high school gyms and in sold-out stadiums, but I’m not in Impact to team with him. I don’t really want to fight him either, but I do think I need to shut him up and make him come to his senses.

“But I’m not here for Brian. I’m here for the Impact World Championship. I’m not here to get new merch’ on shopimpact.com, it’s great, but I want the gold baby!”

Currently occupying that position is the AEW World Champion Kenny Omega, who’ll defend the Impact title against Sammy Callihan in the main event at Slammiversary on July 17. What does Cardona make of the burgeoning relationship between Impact and AEW, where he too has made fleeting appearances?

“I think it’s super cool when AEW and Impact wrestling have a working relationship because Wrestling is at its best when there’s a lot of surprises and unexpected things happening. When somebody can show up on any show at any time. We’ve seen that so far with Impact and AEW. But I’d be lying if I said I didn’t want Sammy Callahan to beat Kenny Omega at Slammiversary.”

You can catch Impact Wrestling in the UK on Impact Plus in the UK, while Slammiversary 2021 is available on PPV via FITE TV. You can enjoy Free The Narrative here and hear all of Matt Cardona’s Podcasts on the Major Pod Network. It all comes together @TheMattCardona on social media.