Talk me through the first developments of this idea for the NFT collab with WLS, where were you, and what were you doing?

Well, W LS is a, he’s a good friend. I’ve known him for quite a few years now, probably about 20 years. And he’s, you know, when it comes, you know, like when it comes to digital work, anything digital, he understands my perspective. And I understand his because he kind of like how he introduced himself to us, we were looking, you know, 20 years ago, he was someone to develop our website, prodigy website. And he introduced himself by sending the seven-foot rocket to our house, what’s in my house? When we when I was having a meeting with the other guys, and what was this rocket, and then it had a CD in it and said, I can design your website. So we got our attention. You know, we got our attention, we put in the CD, checked it out. And what yeah, this guy, let him design our website. And he just had those ideas. He was just out day full of fresh ideas. So I’ve just been his friend since and he understands my approach. I understand his approach. And he knows exactly what I tried to achieve when I’m doing artwork. So rather than doing something with somebody out there, I don’t know. And they come with ideas. I say, No, I don’t work. I can talk to him say, now you need to do this, we need to do that. So you know, and he works with, you know, he works with Pixar. He’s worked for doing videos for quite loads of big artists. So yeah, he’s, he’s probably properly gifted in that area. 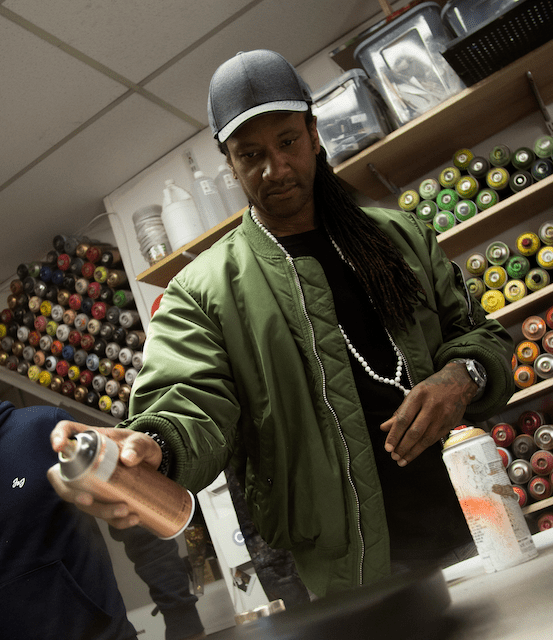 How does this project push you in new ways outside of The Prodigy, and your other works?

Well, you know, like NFTs drama, and I just see NFTs. As you know, it’s just an expression in art world, you know, I mean, obviously, I’m doing art and, you know, I’m an artist, and not just a music, musical artist. So it’s just another, it’s another way of letting people see your art. You know, it’s not like, you know, you put your work in a gallery and as a physical form. And NFT is kind of like, obviously, you get it on the computer and so forth. It’s not physical, but obviously, it’s marked on the blockchain. So people can own that digital side of it, you know, so I just see it as an extension of, of art, just doing it any other way, gentlemen, it’s just a it’s a, it’s another way of getting your work out there. Just as, as you would do music as a CD. Or you might do music as a vinyl. You know, this is just another way of expression.

Is there anything you have missed about creating with The Prodigy during this time?

No, not at all. Yeah, I haven’t “missed” anything. You know, I’m actually today, I’ve been writing some lyrics for prodigy today. So, you know, we’re getting creative. You know, we’re still creating music. The product is over there. You know what I mean? it’s a totally different thing. It’s its own entity. You can’t cross-pollinate, prodigy, my art, my art is over there. The Prodigy is over there. It’s two different entities and they work on their own. And they work well on their own. So there’s no, there’s no need to cross them. 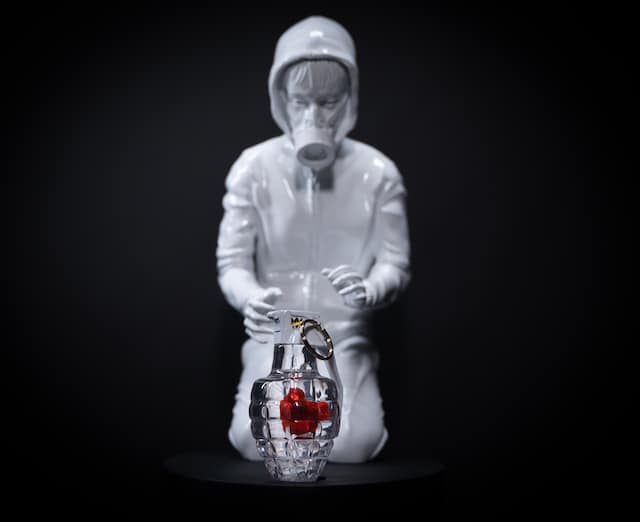 Can I ask you how you define success as an artist now?

Now for me, success is just accomplishing a painting that you like, that is that is success. Every day I accomplish a painting or do something, artists artistic or in any artistic way, whether it’s a painting sculpture, or finishing it and looking at something I can appreciate. You know, that is what I call success. It’s not about selling it, you know, obviously, somebody else appreciates it. If they buy it. That’s that’s another level. But you know, for your own self-gratification, it’s about putting your expression your ideas down, whether it’s drawing, whether it’s painting, whether it’s sculpting whatever, onboard, Canvas paper, that is success, and being able to look back and say yeah, I really like that. You’ve accomplished you’ve accomplished something. That’s, that’s the bottom goal. If it moves on to the next level where someone likes it, and someone purchases it or whatever, then yeah, That’s that appreciate it. And, and that’s it, you know, that’s a bonus. But first and foremost, you’ve got to look within. And the satisfaction has to come from within, you know, that’s the success, the real success.

Is there a difference between the visual artist Maxim, and the musical artist?

Yeah, the difference between views, visual and musical? Well, for me, there is generally not, only because probably because I’m not that great a musician, as I am, you know, but I, you know, for me, in music there are certain constraints for me, drumming. But then again, it’s only that being in a band, do you know what I mean, and having certain I would say, certain levels, which I hit, that I think I have to hit, myself, you know, certain pressures I put on myself, you know what I mean, so I find that harder. Whereas visually, it’s just me, generally, when you’re in a band, you kind of like, it is a compromise. I mean, it’s a band, but when you’re solo, you know, you’re visualizing on your own, you’re only pleasing yourself, you know. So it doesn’t matter if that painting just gets dumped into garbage as long as you like it. That’s the bottom line, you know. But then again, on a musical front, when I’m doing music on my own, I’m just doing it for myself. But obviously, I put more pressure on myself when I’m doing stuff for the Prodigy. So on that level, visually, I find it more relaxing.

What mood were you in when composing the ‘Hope’ EP, it’s a striking piece of work, with a lot of sadness in there – particularly, ‘Enlighten’?

Okay, well, you know, yeah, I suppose the EP, you know, I didn’t want to make it too somber. But it does have that kind of mood because it kind of is trying to sum up the whole project, you know, and, and the whole pandemic, what was going through, but, you know, it’s not, it’s not all doom and gloom. It’s not all doom and gloom. Obviously, there’s a track on there, gentlemen, and featuring mini Rhoda German. And that’s quite a, that’s quite a lift in track. I mean, and, you know, the lyrics and it says, falling down to me, and, but not giving up. So it’s not lifting tracks. And when it’s talking about not giving up at all, germaneness It’s time to don’t just fall down and you can’t achieve anything. It’s kind of like, once you fall down, get back up on your feet. So it’s quite, you know, the tracks are quite uplifting. As moody as some may sound, you know, there you have it, too, on the brain power.

For emerging artists and young people what advice do you have for making a statement, as you have been able to do?

What would you say your biggest artistic challenge is at the moment, aside from Covid?