Rampage Brown talks his debut on NXT UK, targets on his back and his motivations

Home » Rampage Brown talks his debut on NXT UK, targets on his back and his motivations

Rampage Brown is a veteran of the British wrestling scene, he made his debut back in 1998 and has recently signed with WWE’S NXT UK brand, having worked for a verity of promotions beforehand. 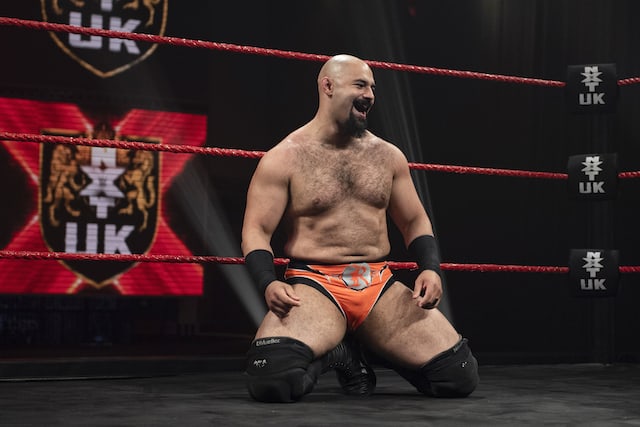 Brown sat down to discuss his career to date with Soundsphere x Gimme A Hull Yeah and made one message very clear to his fellow superstars.

Though he has become part of a reasonably new WWE brand, Rampage is no stranger to the company, having spent time with their previous developmental roster FCW between 2010 and 2011.

With the knowledge of how WWE runs things in their developmental territories in the past, he elaborated on how different FCW is to NXT UK:

“It’s very different in fact because of the environment, the people around me, the coaches, and the relationships I already have coming in – but it’s still similar in the standard that’s expected of you.

“I kind of knew what was expected within reason so that’s been fine, the transition going in there again it’s been good, it’s been really positive, I’m excited about it, so it’s defiantly a good thing.

“When I stepped in there the first time, I thought I’ve got this, I know you’ve got your eyes on me but I’ve got a few tricks up my sleeve.”

The 37-year-old is a well-known wrestler in Britain and his presence on the NXT UK roster will not come without expectation and a big target on his back from other superstars on the brand, but does he feel this is the case? Brown stated:

”Defiantly, I think it puts a few up with me turning up and just swanning in there after they’ve put a lot of work into building the brand and into every wrestler’s dream and when you see someone new, especially someone that’s coming in with a reputation, the first thing you want to do is alpha him, the first thing you want to do is stamp your foot and say look I’m the man around here and I expected that, that’s going to be the case, that’s wrestling in general.”

He is no stranger to some of his new colleagues, and that’s the same situation for NXT coach Robbie Brookside, who he travelled with on the independent circuit in Britain. Brown informed us that Brookside is in the US with NXT and he is currently working with James Mason and John Moss at the performance centre – this didn’t stop him reminiscing on a time he travelled with Robbie and Drew McDonald:

“Years ago I used to sit in the back of the car with Robbie Brookside in the passenger seat and Drew McDonald driving to the show and they’d just be talking back and forth and I’d just be listening to all the stories and he’d say would you shut up back there – I hadn’t said a word for the last three hours – I would’ve just been sat there listening.” Brown added.

Before signing with the WWE, a second time around, Rampage worked with UK-based promotions Progress Wrestling, RevPro, ICW, Defiant Wrestling, and World of Sport to name a few, but how did he decide that wrestling was the career for him?

“What drew me into it (wrestling) was it looks fun,” Brown said. “As a kid I was always into He-Man and Arnold Schwarzenegger films and Superhero-esque butt-kickers, so for me, wrestling was that but in real-time, as a young lad what more could you ask for.”

He’s known for his powerhouse style in the ring, and watched wrestlers with a similar technique such as The Ultimate Warrior and Hulk Hogan growing up, did wrestling in the late eighties onward inspire his current in-ring style?

“I don’t think it did,” Rampage informed GAHY. “When I first started wrestling, I was always under the idea that I was a smaller guy because everyone was six-foot-five, 300lbs guys.

“I’m just over six-foot and 250lbs at best, so when I first started wrestling, I was taught British-style wrestling with holds and transitions – that was how I started out.

“I saw myself as more of a wrestler’s-wrestler, like Stampede Wrestling, I had the physicality-side but I also had the wrestling technique and that was the style I use to watch early on – It’s still to this day one of my favourite styles.

“As I got older and I got bigger, I was in the ring and I’d be doing things and I kind of just established it as it went on, to be honest – I never planned on doing it – If anything I wanted to be Rob Van Dam but unfortunately my body said nope.”

Wrestling is everchanging and with that certain wrestlers have had to adapt their technique to fit the times, Brown doesn’t think he’s had to do that himself since his debut:

NXT UK’s tapings have been hit heavily due to the Coronavirus pandemic, until recently the brand had not taped a show in almost half a year, did this pause in UK-based wrestling have a knock-on effect on Rampage’s in-ring return?

“Because I’ve done it for so long it’s like riding a bike,” Brown stated. “ As soon as I got back into it, it was like nothing, I felt like I’d not had a day off to be honest, physically I did because I’ve recuperated a lot more but it was nice to have a bit of a rest on the body after so long, but once I got back into wrestling and into the ring hitting the ropes, it just felt like I’d not really had any time off, to be honest.”

Outside of the ring, a wrestler’s life is as private as they allow it to be, with many using their families as their inspiration to succeed in the industry. Brown is no different, when asked he said the following on his inspirations outside the ring:

“My two daughters, they’re the driving force in my life and obviously my family and that’s why at this stage in my career everything’s different, my perception – in the past it was for me whereas now it’s for them – so I’d defiantly say they’re my driving force.”

The interview ended on a simple question, one that those who may not have watched much of him will want to know – what will Brown bring to the NXT UK roster?

“Physicality,” he said simply. “That’s what I’m going to bring 100 per cent, I’m not going to dance around my point, I’m bringing physicality, I’ll bring an aggression and I’ll bring in a mean streak.” 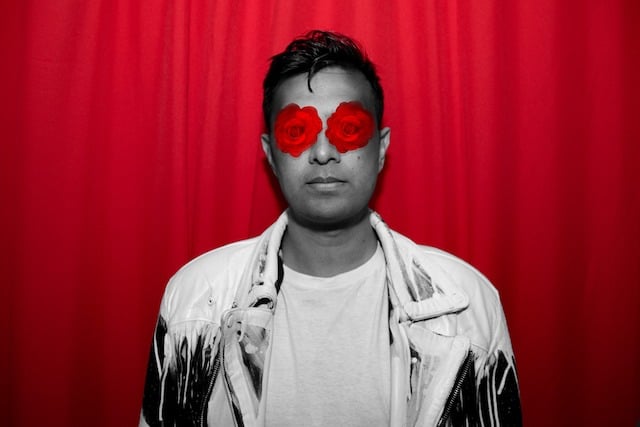 Dr Nishant Joshi discusses Kill, The Icon and his values as a medical professional