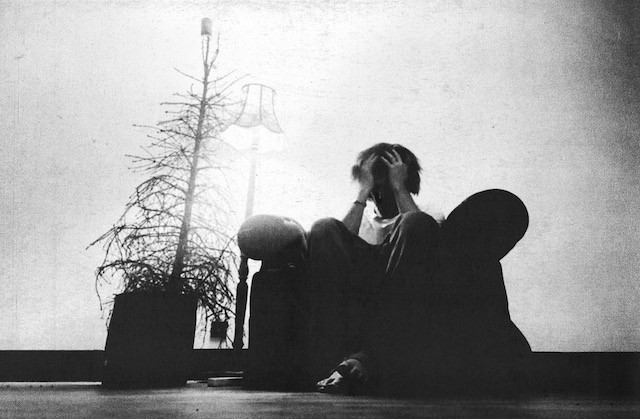 In our latest Band Spotlight, we chat to Rory Nash of GLUM who opens up on creativity, mental health and new music.

S] How are you doing today, Rory?

S] You’ve said: “We’ve got a culture where we like things based on “success” and “popularity” – what is success to you, as a person first and then, as an artist?

Success to me is being able to piss yourself in front of strangers and not care. As an artist, it’s doing that on the Graham Norton show.

S] Before I ask a more “leading” question, how has GLUM helped you?

It started as a mission, a rebellion of self, my dad’s last words were grabbing a nurse and saying “he’s gonna be a rockstar”, I was on suicide support when he died, and before that, it was getting closer and closer. I really felt that I had lost, I’ve kinda accepted that I’ve got a person in me that really really doesn’t like me, my biggest enemy is myself, anyone that’s close to me knows that I’m different, but I can only describe it like it’s having a murderer behind you, who if you don’t constantly fight, you’re going down, it’s been very tiring, it doesn’t make you look forward to tomorrow.

In a way it’s made me strong, because I’m always at war with myself, it means I feel more comfortable in chaos, while others freak out, but equally I can be too intense sometimes for others, GLUM is those times, life has been very intense, this year especially. I and GLUM are a product of it. Luckily my dad knew me, that mission means I’m talking to you today and have carried on fighting the war.

S] In songs like ‘Still Alive’ and ‘Penitent Cheers’, and much all of GLUM’s output you seem very emotional, very raw and open about your mental health, and view on the world – is that your intention?

I’m just open about myself. I chew my own socks when I’m stressed, I only realise I’m doing it when I wretch. It’s strange, there’s a place lower than suicide, and when it hits you’re so dead that killing yourself would require feeling. A place where your head can literally just feel nothing, no emotion, no stimuli, nothing, death.

I’ve been there so many times, and I “write” the songs in those times, I guess GLUM is all those feelings I didn’t have, all the losses, or maybe they were too much for me, and the songs are them leaving me. There’s no intention beyond making a song the absolute best it can be, I just want to make music that I think is great, an almost impossible standard, music to me is a very pure form of emotion. It matters that it’s “real” to me above all because each song comes from an extreme feeling, the sound of the feeling. Picking up a guitar if you’re feeling shit, just do it, it’s an effective weapon in close call moments in the mental war of self. That’s what “rock” music is, and I find it sad that music has become so homogenised. We’re a punk band, I like other shit too, but this is me, we’re not about to “experiment” with hip-hop, you’ve got to feel that to make that, the same as punk.

S] Being alive seems to be a consistent theme in your work, so what is being alive to you, do you feel alive right now?

I feel alive, there’s so many people losing their minds right now, and I guess they are gonna need a lot of help coming up, and the government have suggested the only thing I can retrain as is a yoga therapist… Everyone else got an actor. I need to get stretching. I’ve had quite a few close calls this year, but I ride them better than I used to, but yeah, the battle is in full swing, I’m alive.

S] Do you look at GLUM as a brand, could you ever?

It’s music and my heart, I did fashion design at Uni, although I got kicked out, which I guess means I’m not very fashionable. I wanted to do size minus, cus it was when size zero was a thing, beautiful dresses on skeletons, to show how ugly it all is, but rebellion isn’t very commercial by nature, nor is caring about others. So there’s no brand, although I do everything you see, I don’t understand how an artist wouldn’t make their own covers and t-shirt designs etc, but then I see image in the same way as music, pictures and sound make sense to me, words are just their descriptions. So there’s a style, not to be confused with branding, and everything I do has to be the best, especially if people are buying it, so quality is something I care massively about, I think it’s easy to confuse most bands with brands now, fast fashion and fast music, rather than anyone having their own identity, their alternative world, That’s what bands meant to me as a kid, an escape into where you belong, and I don’t think bands today are offering that at all, so I hope GLUM will help others find a place they are comfortable. I hope we can take the r back out of what it means to make music, we’re GLUM.

S] ‘World Away’ is out now, talk about that?

It is what It is, take a listen, make your own opinions, everything’s in the music, it’s the other side of the same coin to ‘Penitent Cheers’.

S] Does it accurately portray your goals and aims with future GLUM material?

It has reached my perfection, you can hate it, love it, whatever it doesn’t matter, it says everything it felt, and the quality is unbelievable much thanks to who I’m lucky to be working with now, Daniel Crook who has the unfortunate title as one of my best friends, but also the much more exciting prospect as one of the future’s great producers, and Katie Tavini that brings a new meaning to what mastering is, if their names aren’t on every great record coming out in the next decade I’d be very surprised, the music industry desperately needs new life, and I’m pretty confident I’ve found it in them.

We’re all working away on a lot coming up, but that’s been delayed so long now, I can’t promise how soon, Covid has meant that a lot of plans are still in the making, a lot in the pipeline.

S] What would be your direct message to fans of GLUM who are supporting your output, or just discovering you now?

Look after yourself, f**k trends, think, use your head, don’t idolise, don’t look down, treat people better, treat animals better, treat everything better, most of all, treat yourself better.

Thanks for yours x