Sheamus has the chance to become a five-time World Champion if he beats five other men in the WWE Championship Elimination Chamber match on Sunday.

The Celtic Warrior is no stranger to this style of match, having featured in four of them since 2010. Three of these have been for a World Title, while in 2015 he made it to the final two in an Intercontinental Championship chamber match, losing to Ryback.

I was fortunate enough to get to speak to the Irishman ahead of this year’s Elimination Chamber pay-per-view on Sunday.

On the February 1 episode of Raw, the four-time World Champion showed his true colours and intentions, by Brouge-kicking his long-time friend Drew McIntyre.

The thought process behind this was believed to earn him a one-on-one WWE Title match with McIntyre, but did he feel the timing for this was right?

“What I did was right, I did it the right time, I felt that and I don’t regret anything.” he added.

Though we can expect an interesting and exciting chamber match on Sunday, The Celtic Warrior made it clear that a one-on-one bout with Drew McIntyre is what he wants, and what the WWE Universe wants.

“That’s what the people want, that’s what everyone’s asking for,” he said.

“They know how intense we are, they know we know that nobody can match us for testing our physicality” the four-time World Champion added.

With the match now being in the Elimination Chamber, does the Irishman feel aggrieved by the fact he has to wrestle four other people too?

“They haven’t just robbed me, they’ve robbed the fans.”

“I’ll tell you what I’ll do, I’ll just go into the chamber, I’ll kick everyone’s head off, and I’ll take the title.”

“Then Drew can come after me, and if he wants a match, I’ll give it to him at WrestleMania.”

Last Monday’s episode of Raw saw The Miz withdraw from the match. He was later replaced by former WWE Champion, Kofi Kingston. With Kofi now in the Elimination Chamber, how does Sheamus prepare for him?

“I definitely think Kofi is going to play a really big part in this because Kofi obviously has been WWE World Heavyweight Champion.” he said.

“If you remember the last time he got an opportunity to came out of nowhere, that’s when Kofi Mania started.

“So who knows what will happen, lightning in the bottle, like he’s going to go in there again, he’s got nothing to lose, he wasn’t supposed to be in a match – so he’s going to be one to watch as well.” he added.

The Celtic Warrior went on the praise Kofi as a “great athlete” and “very unpredictable” – but he is adamant that none of the other competitors in the match are as determined as he is to walk out as WWE Champion.

“None of them have the passion or drive I have, they just don’t have it – I want this more than anybody.”

“I’m more intense, I’m more driven than anybody and I’ve been proving it a week in and week out on Raw.”

The Irishman sees this match like him, Drew, and “four passengers” – and if he or Drew walks out as WWE Champion – the four-time World Champion reiterated how good a one-on-one match between him and McIntyre would be.

One title that has eluded Sheamus in his WWE career is the Intercontinental Championship. If the Celtic Warrior were to win the belt, he would join a list of Grand Slam Champions – so how important is this achievement to him?

“I said that when I came back that was that’s my goal, It’s still top of my list of things to achieve in this company which I’ve been in 11 years.”

“When I get an opportunity to get that IC title, I’ll take and I’ll finish my collection and cement my legacy – that’s the plan.”

Becoming a Grand Slam Champion, winning Elimination Chamber matches, and having the best bouts week-in-week-out, takes a lot of dedication and effort. What has the Irishman been doing to stay at the top of his game?

“I just started training like an animal.” he said.

“I started doing faster cardio, I started going to this boxing place, this guy called Bernard Robinson, he’s like a three-time kickboxing World Champion, he’s fought in the UK loads of times.” he added.

However, his return last year was in doubt following a serious concussion he got on the Smackdown after WrestleMania 35 during a six-man tag match.

Since his return, he admits to not taking any days off.

“Every Tuesday to Sunday is a prep day, is a prep week, I prep all the way and when I come back on Monday, I make sure I’m in the best shape, I’m moving the best I can, and that I’m ready to go.”

The Celtic Warrior said, because of this schedule he has, “t’s really helping my career in the WWE ring.”

So with a quest for gold certainly in his future, what can we expect from the Irishman this Sunday at the Elimination Chamber?

“I’m just going to go out there and just tear into everybody, I’ve never been more fired up.” he said.

“Literally when that pod opens up, I’m gonna take the head off anyone who is in my way and that’s as simple as facts, there’s no doubt about it.” he added.

Sheamus ended the interview with one clear message for his fellow competitors on Sunday.

“Nobody’s gonna touch me, I’m telling you right now, there’s nobody in there who’s as passionate as I am, there’s no one who wants that title more than I do – and god help them if they stand in my way.” 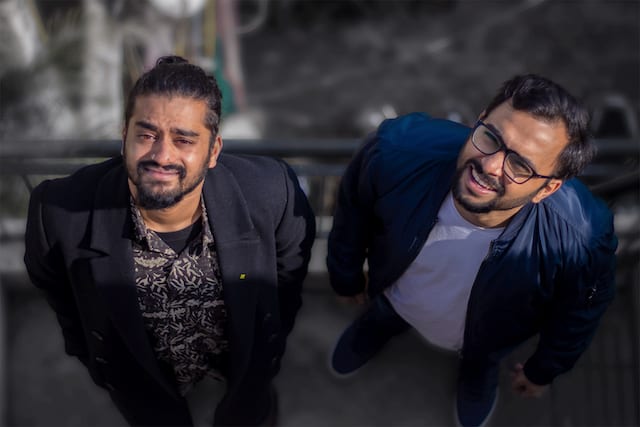