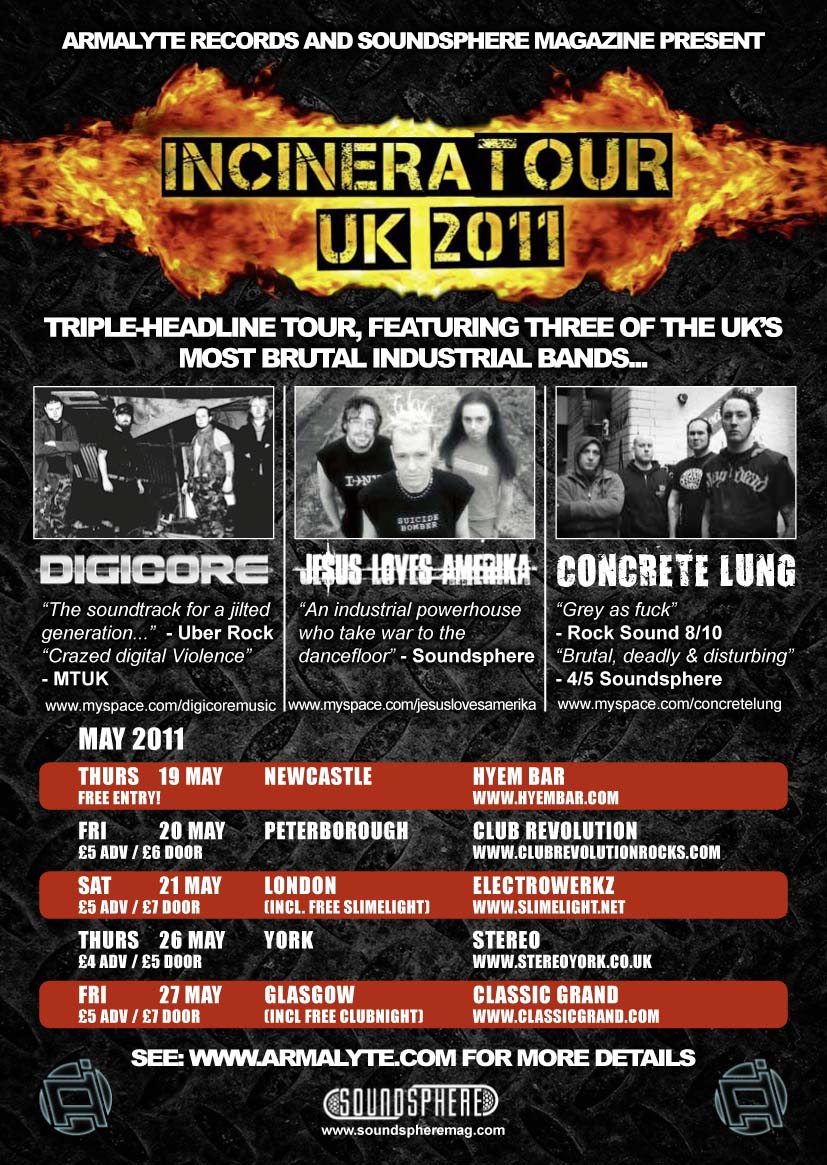 With crossover acts such as Pendulum, Enter Shikari and Mindless Self Indulgence gaining massive support from both the public and the media alike, The Incineratour represents the very best of UK alt-culture. Sharing a similar ideological headspace and D.I.Y. aesthetic, each band on the bill has a distinct sound that best reflects the exciting, vibrant diversity of the UK Industrial scene.

Following the release of their ‘Waste Of Flesh’ EP last year, CONCRETE LUNG gained both glowing reviews and the opportunity to play alongside such seminal acts as Frontline Assembly, Young Gods and Project Pitchfork. The recent release of their debut album, ‘Versions Of Hell’ has seen CONCRETE LUNG shift their sound to an even more oppressive, grindcore influenced assault that is being championed by the likes of Terrorizer and Rock Sound.

After several years in the wilderness, JLA announced their return recently with a rabble-rousing hometown gig supporting Nitzer Ebb in Glasgow. Unveiling a new line-up and an even more acerbic, aggro-political edge to their furious EBM sound, the band are currently hard at work on album #2, and are rumoured to be on the verge of re-releasing their phenomenal ‘Advanced Burial Technology’ debut.