By Jenni Harrison May 24, 2021 Features, Interviews, News
No Comments

Bristol’s Superlove has released a new single ‘btw I adore you’ recently alongside their announcement of their latest EP ‘…But For The Moment’. Infectiously positive, with an interesting mix of genres, the new single provokes curiosity as to what is next to come from the unit. 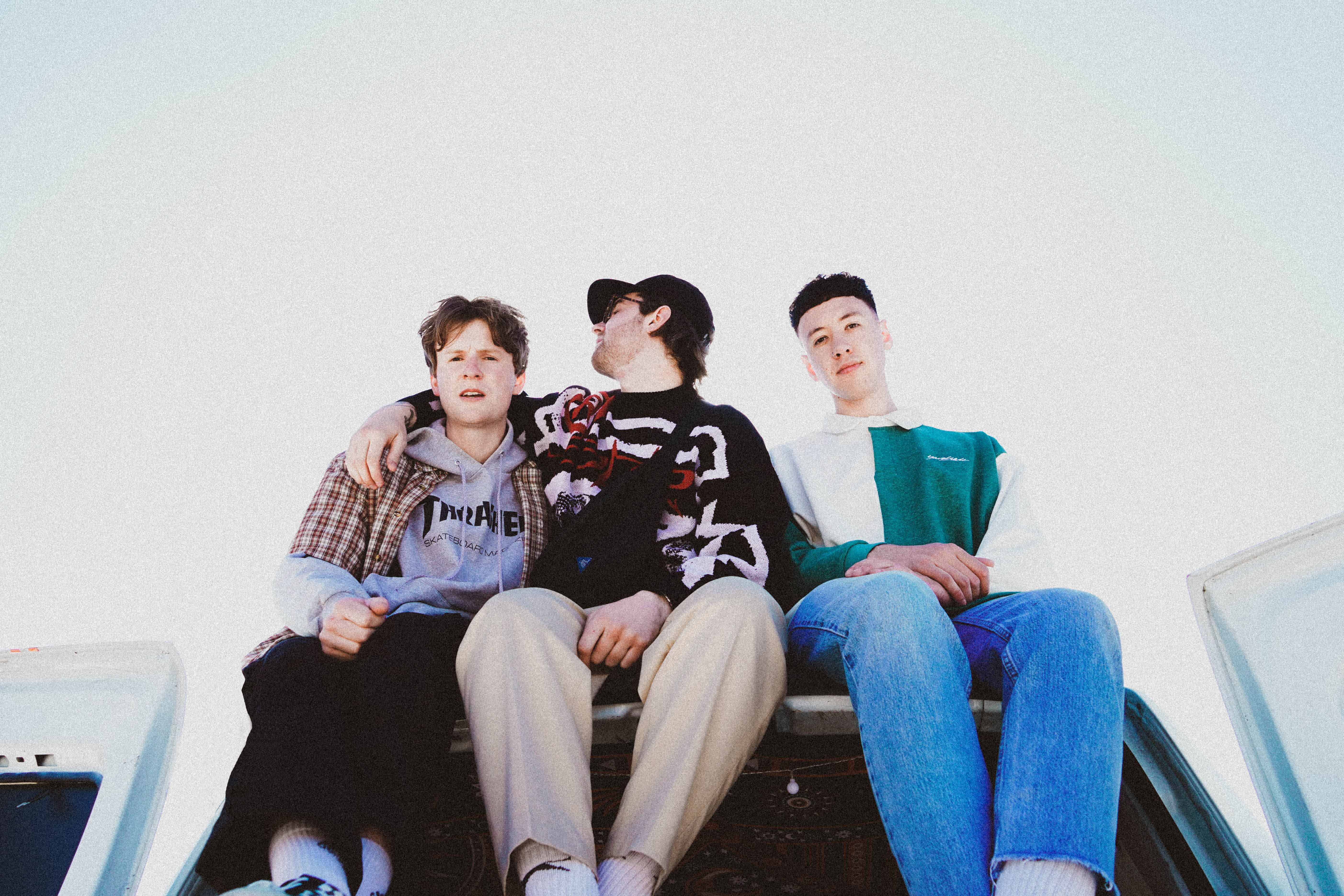 Superlove EP to launch in Summer of 2021

We sat down with vocalist, Jacob Rice, to chat about what the single means:

“With lockdown, not being able to see your friends and relying on specific people to get through the bad times, especially thinking about that one person who helped you through [the past year] the most – like your best friend or partner or your mum, who knows! The lyrics feel like a conversation, a text message you might send someone when you’re appreciating them in the moment.”

A stand-out when listening to Superlove’s previous work is their experimentation with genres and ‘btw I adore you’ is no exception. Mixing metal with indie-pop, the band blend their tastes in the writing process. Jacob comments, “Our inspiration comes a lot from listening to pop music – it’s my main genre. But John, our guitarist, has a big influence from bands like Meshuggah. We like to experiment with pop influences, like we’d both say Charli XCX has been a great influence on our cutsie-pop sound. When we were last on tour, a lot of this hyper-pop stuff was popular on YouTube.”

He continues, “John sent me a demo with the pop verse along with the riff and he just made it work. It was very fun when we were tracking, it just works well.”

As with many musicians over the past year, Superlove has had to re-think how they create, especially when it comes to writing. Jacob says the band has learnt lots of lessons since getting back into making music again and growing as a band,

“This bunch of songs we’re are about to release were written over 4 months separately and then we back and forth – we weren’t in a room together and that actually works best for us! We can record from home and we know it works since we’ve learnt as a bedroom band. At the start of Superlove, we just released whatever we wrote straight away, which a lot of people don’t do.

This EP wouldn’t be a thing if we hadn’t sat on these songs and waited to release them. There’s a lot of stuff going on behind the scenes with us and we’d like to see how people react to what’s coming now so that we can let that influence what we do next. We have been quiet, so it will be fun releasing a lot more music in the future. So be excited for that, and to hear different sounds in each release.”

With a few shows coming up in August, one supporting With Confidence around the UK as well as some headline shows, Superlove have fingers crossed that the future is bright. Jacob expresses that audiences should look forward to lots of new music, with upcoming releases stepping away from metal influences and towards pop-rock with a big helping of electronic sounds.

“I hope people get behind it. I am very excited”.

Since things are opening back up, everyone is off for UK holidays so, if you were to make everyone a road-trip mixtape for summer, what are your top bands to throw on there?

“Well, you’ve gotta chuck on some UK bangers from the early 2000’s right? [Laughing] like Busted or Take That… and maybe some Meshugga for John”.

Superlove’s single Btw I love you is out now with their EP coming out on 18th June. Join them on Instagram for updates on their August tour and upcoming releases.