This week over a video call at Soundsphere HQ, Dom Smith speaks to the inspirational JJ Tatten on Success, working with young people, his beginnings and much more. 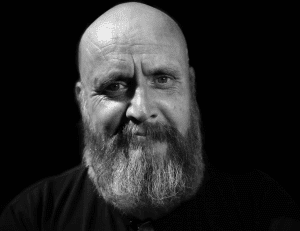 For those that don’t know, The Warren Young People’s project has been providing a vital support service to the youth of Hull for 36 years. Based in Hull city-centre, the Warren’s 24 strong team offer guidance, training, counselling, employability skills and creative expression activities. The age range for this support is young people between the ages of 14 and 25 (or 29 years old by appointment in the case of employability support). The team here, headed by JJ aims to empower the young people that enter through its doors, and gives them the edge they need to make informed choices and gain necessary life skills. The Warren offers a place where young people can come, be themselves, and not feel judged.

With the Warren giving so much vital support to build young people’s future, how does JJ define success? “Well, I think for me it’s probably changed over the years, and I think the first thing that people should recognise is that the definition success shouldn’t be set in stone.” It depends on an endless list of variables that include where you end up, who you may or may not end up with and so much more. In the past, he would have said that his definition of success would have been how happy his kids were.

In terms of working at The Warren, his definition of success has changed somewhat. “The first thing I would do is not try and define it for them, so organisationally speaking I think the Warren’s definition of success is whether or not it has created the space for young people to become fulfilled,” explains JJ. This goes with the Warrens mission statement which says that allowing all who enter the chance to take part in activities that improve and help nurture creativity, education and mental health.

With his work at the Warren, arguably, JJ has had a lifetimes worth of success, but what are some of his other successes? He tells the tale of when working on the refurbishment of Hampstead tube station in London when he was 18. He and the guys he worked with found an original ticket stall that hadn’t been touched since the 1940s. Doing the right thing, they rang London Transport and got someone to come and look at it as they thought it might be historically significant. JJ is sick of people thinking young people can’t make the right decisions, “Yes, they can make the right choice, and they can make good decisions, and that’s why at the Warren they lead on everything we do, that’s why it’s governed by the Warren because we have faith.” JJ believes that given the right support, people can do the right thing, and people will generally do the right thing.

When we ask how JJ has changed and developed as a person over the years, he believes he has become a lot less along with learning about his sense of privilege. “Being aware of that sense of privilege, allows you to see the reality of other people’s lives,” remarks JJ. He also remarks on his time in London after moving from Ireland and found that people were different than he expected them to be, “I met a lot of very interesting people, an irony or irony’s, far from being the devils that I might have thought they were when I was like 13 or 14 when the hunger strikes were on. I was encountering people who were kind and fair, and balanced and were willing to invest their time in me.”

There is a lot in store at the Warren in the upcoming months, with the current pandemic looming still there are lots of new safety measures in place. The new measures include temperature checks at the door, one way systems, lots of hand sanitiser and partitioning are to keep everyone safe and well. The introduction of pods as well is a bonus. These will have IPads and access to the internet for visitors to use.

To end this inspirational chat here is a great quote from JJ himself, “My own personal story is again proof of the fact that if young people are treated with a degree of kindness and patience and care and attention, however fleetingly that it does register, it can have an impact.”