Home » “These are our people man, I’m going to swing from the f*cking roof!” – An honest chat with Hot Milk

Off the back of releasing their brand new EP “I JUST WANNA KNOW WHAT HAPPENS WHEN I’M DEAD” on 10 Sept, Hot Milk took off on their first headline tour, one which has been rescheduled various times and had since been upgraded to larger cap venues due to this years spiralling success for the rock-unit. Geared with questions about tours, fans, dreams and the new alt-culture movement, Jenni sits down for an honest chat with James and Han to recalibrate post-tour.

A few days after being on their sold-out tour, James and Han both express a sense of jubilance.

“The connection we had with our fans was awesome,” Han says while James nods in agreement, “I felt so myself, I’ve not felt myself in recent years… but now fuuck it’s over”. “I came offstage before the encore in London and I was just crying my eyes out and James was holding me, I didn’t want to go back on for the end of it all”

James picks up, “I’m so stoked it went so well. On some tours, there are always difficult shows but everything single show on that tour was rammed and the whole crowd brought it, it was sick.”

“We played big rooms on this tour, like 1000 people in Manchester, 800 in London… I didn’t think we would fill those rooms”, adds Han, “but we did.” “These are our people man, I’m going to swing from the fucking roof!”

Speaking to the both of them, it is clear they have their heart and soul fully into their projects with this band. With humble confidence, it is clear why they deserved the reception the UK gave them on this tour. Han reflects on the growth of the Hot Milk fan base over the past year or so saying,

“We made a lot of use of social media like TikTok, and we stayed busy. We weren’t able to sit on our arses because [Hot Milk] is our whole purpose. We live and breath music, it’s our absolute everything”

James agrees, “We’ve always been adamant of what we want and how we are going to do it. We push as hard as we can and work as hard as we can, it’s like the universe giving us a little fist bump. It’s incredible what has happened…”

“…but me and James have worked so hard on every aspect of this band and we deserve it y’know?” adds Han, “it’s a relief.” “It felt impossible from when I was 14 to think we’d get here”. 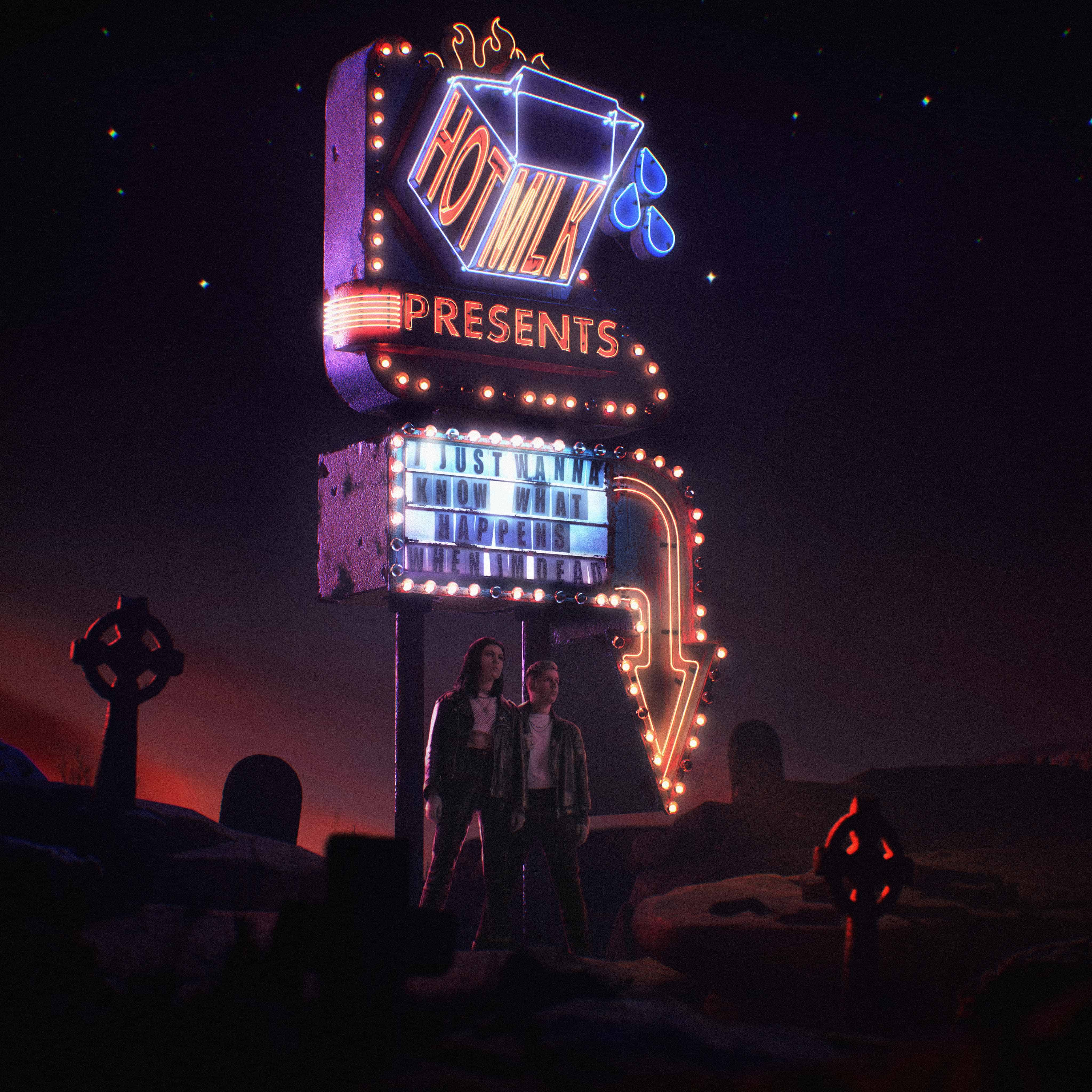 With the next tour announcement being for 2022, living for two weeks fast and furious, it’s back to work cracking on writing more music. After a weekend recuperating with mates and fighting a bit of post-tour sickness and blues, they’re asking what the future looks like.

Considering what success might mean for them both. To James and Han, it manifests in their head like a tick box, a list of steps to check where you’ve been, where you are and where you are going. They look to reach places further than where they are now, which to some is immense, but they look to make a lifelong career out of this. Success isn’t just personal though, as Han says,

“After all that, I want to look around a room and see who we’ve help and brought along. I want to think that, well fuck we’ve grown something really cool here and we have this little family who are a force for change and good in the world.”

“It would be nice to not be on universal credit y’know [laughs] but when we leave this earth, what do we leave behind?”

Thinking back on touring with the Foo Fighters a while back, James adds,

“we look around at their crew working really hard on something they love together as a family, as a team. Like having that for Hot Milk would be sick, one day having all these people we care about travelling the world with us, working towards this”.

In a time where we are seeing rock music moving into the mainstream and influencing pop-musicians during the trending Y2K alt-culture movement, Hot Milk continues to carry the torch of what rock music has always been, to be unapologetic about how they feel about the world and injecting that into their art.

On this, Han says, “As a kid, I went backwards listening to Joan Jett, Bikini Kill, Operation Ivy, The Ramones, The Clash… that whole era, instead of say… Fall Out Boy. I want to bring their mentality through to what we do now. I don’t think the Jadens 0r the Olivia Rodrigos know they’re descendants [of the genre] and where they came from, the dirty struggles of it to get [the genre] to this point. Y’know even why guitar in music is the way it is now, such as a broken-down amplifier that made the first distorted guitar. So for us carrying that ethos is so important. It’s important to keep that ‘fuck you’ attitude alive.”

James follows, “I think everyone has a right to do what they want but we need this art and expression. We need to be unapologetic about ourselves because it’s the first step to making change. We can give that to [fans] who may not have that voice”

“It’s what Hot Milk allows us to do.”

Having already worked with some of the biggest rock artists out there and standing on the stages people can only dream of, Hot Milk are well on a trajectory to be a staple UK band of the decade in rock. The band are looking forward to starting to write more music in the next year, and with a tour announcement for summer back with the Foo Fighters in 2022, there is plenty to watch out for.

Listen to the EP I JUST WANNA KNOW WHAT HAPPENS WHEN I’M DEAD here.